Pic: Irish lad suffers a nasty cut during a soccer match that looks just like a Nike swoosh

Move over Cristiano Ronaldo, Nike have a new brand ambassador on their hands.

It’s easy enough to explain away cuts and bruises one might pick up during a competitive football match; it’s less easy to explain how one of those cuts eerily resembles one of the most recognisable brand logos in the world.

Stephen Sunderland from Donaghmede in Dublin was playing centre-half for AUL side Carndonagh on Sunday and when he attacked a ball in the air, he felt his knee collide with the boot of an opposition attacker, resulting in the nasty-looking laceration on his right leg you can see below.

@JOEdotie picked up a little knock at football resemble anything?? #Nikeswoosh it's a sign #JUSTDOIT pic.twitter.com/fsHil6XOwF 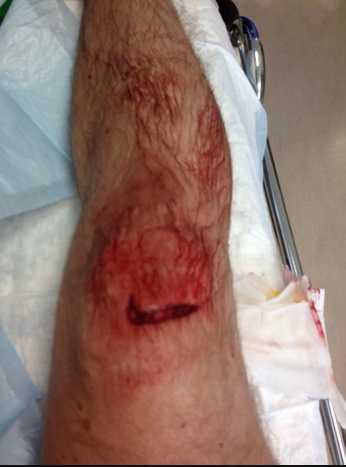 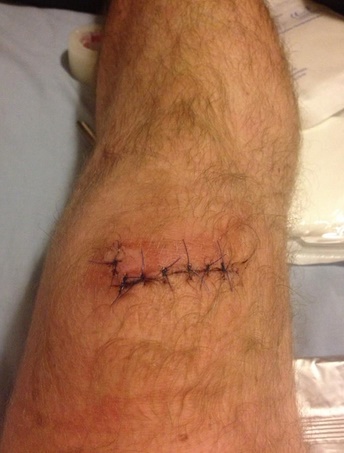 Not only does it look pretty painful, it also bears more than a passing resemblance to the famous Nike ‘swoosh’ logo and even though the resemblance was less clear after the wound was cleaned up, you can still see it through the outline of the stitches.

If anyone from Nike is reading, surely Stephen deserves a supply of free gear to compensate him for his painful demonstration of loyalty to the brand.

popular
Female personal trainer shares the creepy messages she receives from men on social media
The cast and director of Fast & Furious 9 discuss setting a sequel in Ireland
Dublin cyclist says he "could've died" after being pushed into ditch
What Netflix’s Seaspiracy gets wrong about fishing, according to a marine biologist
You can now get a life-size inflatable pub for your back garden
Taoiseach Micheál Martin confirms 80% of adults will be offered first vaccine by June
The 50 most iconic songs of all time* have been revealed
You may also like
2 weeks ago
Martin Compston reveals moment he delayed Line of Duty filming to watch Scotland penalty shoot-out
1 month ago
EA Sports bans Irish FIFA player who racially abused Ian Wright for life
1 month ago
TOWIE star Mark Wright is officially the worst player on FIFA 21
2 months ago
Jamie Carragher reacts to hilarious TikTok remix combining on-air yelp with John Legend song
2 months ago
Roy Keane reacts to the dancing Keano FIFA TikTok meme
2 months ago
Watch the official trailer for Netflix's hotly anticipated Pelé documentary
Next Page