PIC: Junior C hurler in Laois suffers suspected broken hand, tapes hurl to hand so he can play on

Simon Norton togged out for Clonad in the Laois Junior C hurling semi-final on Friday evening in what could turn out to be his last ever game before he hangs up his hurl.

We’re reliably informed that Simon was a superb hurler in his day and is a hardy bit of stuff too, as he proved in a remarkable act of defiance in a clash against Camross.

Having badly hurt his hand after an incident early in the second half, rather than come off, Simon instead decided to tape his hurl to his hand in an effort to diminish the discomfort and make it easier for him to grip the hurl. 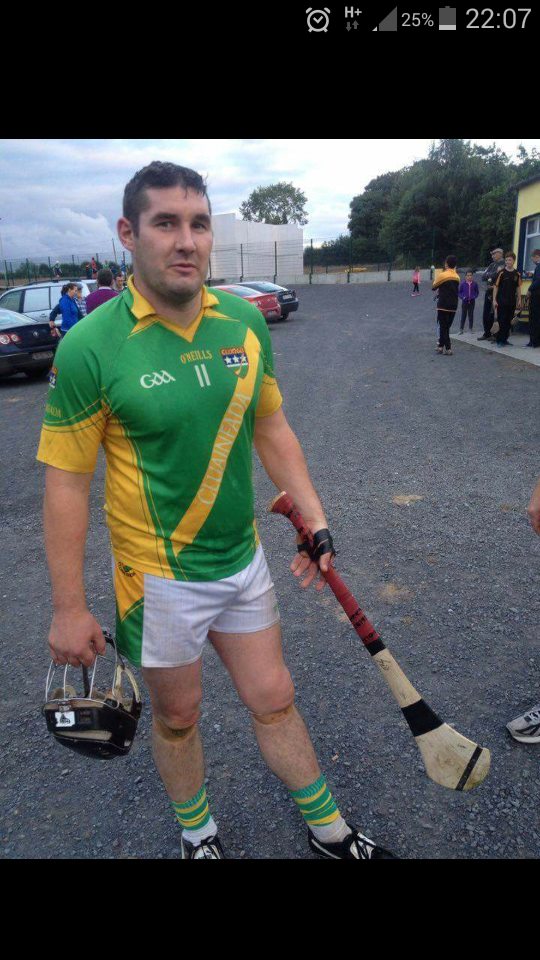 END_OF_DOCUMENT_TOKEN_TO_BE_REPLACED

Although Clonad lost the game, according to a JOE reader who attended it, Simon contributed 2-3 of Clonad’s 3-5, including a goal and two points after he hurt his hand.

What a warrior. Something tells us he’s hanging up the hurley too soon.

popular
Amazon Prime Video has just quietly added 15 big movies to its library
Irish man dies following hit-and-run in London
Gardaí issue update on investigation into murder of Sophie Toscan du Plantier
An unforgettable sci-fi film is among the movies on TV tonight
QUIZ: Can you guess the pixelated album cover?
Travis Barker rushed to hospital after tweeting "God save me"
R Kelly sentenced to 30 years in prison for sex trafficking and racketeering
You may also like
2 days ago
Taoiseach condemns "disturbing" fight at Galway v Armagh game
1 month ago
The 2 Johnnies share unbelievable catfish ordeal affecting over 40 people
1 month ago
Limerick hurler arrested following alleged altercation with Tipperary player in Limerick pub
2 months ago
Woman in her 20s dies after accident during Camogie match
8 months ago
Wicklow GAA to investigate fight after Under 15 match on Saturday
1 year ago
Post-match celebrations and a lack of social distancing at certain events put club game on hold
Next Page