There's nothing sweeter than seeing a winning bet come in and while the majority of racing fans would have left Galway in the red, one lucky man had a smile on his face that probably stretched from Ballybrit to Laois.

Almost 139,000 people passed through the stiles during the Galway Races, the overall tote finished at €6.7m which represented an increase of one million euros from last year, but we felt that this clever €2.50 each-way accumulator was too good not to share. 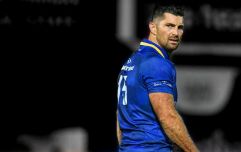 END_OF_DOCUMENT_TOKEN_TO_BE_REPLACED

The winner wishes to stay anonymous, but he must have been jumping for joy after seeing his bet garner a €13,300 win via Ladbrokes.

He tells us that all of the races occurred on the same day and that he plans on investing the winnings into his new clothing company. Oh yeah, he's also treating his girlfriend to a holiday. 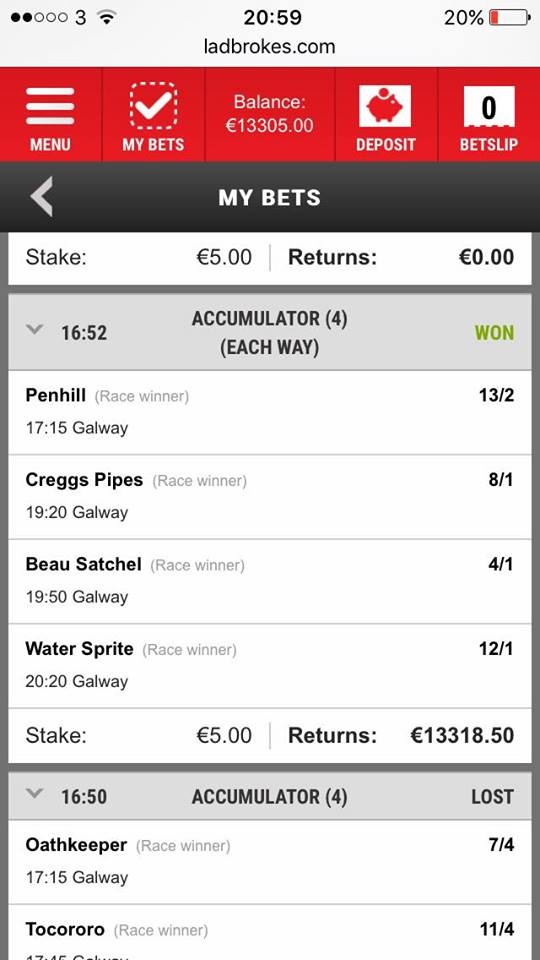 popular
Netflix has just added 33 very big movies to its library
Six people dead after mass shooting at Fourth of July parade in Illinois
QUIZ: It's time for one of our trickiest General Knowledge Quizzes yet
The 50 most iconic songs of all time* have been revealed
The full list of cancelled flights in and out of Dublin Airport on Monday (so far)
The JOE Movie Quiz: Week 161
QUIZ: Can you guess the crisps from the pixelated packet?
You may also like
5 years ago
Bookies suspend betting on Leo Varadkar being next Taoiseach
5 years ago
Dublin's street traders reveal their Grand National secrets
5 years ago
Here are some tips to win you a few quid on the final day of the Cheltenham Festival
5 years ago
PIC: Dublin punter set to claim just under €25,000 after this €5 accumulator came up trumps
6 years ago
Republic of Ireland v France: The best looking bets ahead of the last 16 encounter
6 years ago
Grand National 2016 - When it's on, where you can watch it and the latest odds
Next Page