Pic: Poor Charlie Austin was the victim of some very lazy captioning in The Sun today

He’s only the top-scoring English player in the Premier League at the moment.

Despite having scored eight league goals so far this season – the fourth-highest behind Sergio Aguero, Diego Costa and Alexis Sanchez – QPR striker Charlie Austin wasn’t deemed worthy of recognition in the red-top’s report on the alleged shenanigans at the club’s Christmas do today.

Austin, who you can hardly miss alongside Rio Ferdinand in the sizeable image in the paper, was named as an ‘unnamed man’ in an accompanying caption alongside the names of Ferdinand and Chilean international Eduardo Vargas, who is far less prominent in the background.

Ferdinand, Vargas and an 'unnamed man' - aka Charlie Austin, the fourth-highest scorer in the Premier League. pic.twitter.com/IjIVp7Y35g

Chin up Charlie, it’s not the first time this has happened to a man used to scoring goals in the Premier League, isn’t that right Robbie? 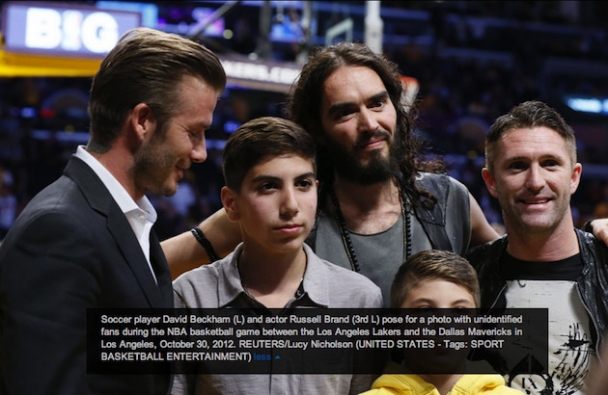 popular
One of the best movies of the decade has just been added to Netflix
Surprise frontrunner emerges as potential next James Bond as producers 'love him'
20 years ago, one of the best sci-fi movies of the 21st century was a box-office bomb
One of the scariest films of all time is among the movies on TV tonight
Katherine Ryan says famous TV star is a ‘predator’ and everyone in industry knows
Katherine Ryan shares harrowing truth about media coverage of ‘famous TV predator’
Very popular US fast food chain planning to open in Ireland
You may also like
3 days ago
Japan fans explain why they clean up after World Cup matches
3 days ago
The JOE Friday Pub Quiz: Week 322
5 days ago
Japan supporters clean up rubbish following famous win over Germany
5 days ago
ITV football pundit Nadia Nadim heartbroken as mother killed by a truck
5 days ago
Non-league side make approach for 37-year-old free agent after World Cup
5 days ago
FIFA charge Ecuador over fan chants during World Cup opening game
Next Page