Pic: The latest man on the Mayo for Sam bandwagon? Boxing trainer Freddie Roach of course

Desperately fighting the urge to make a Mayo and knockout joke here...

Hot on the heels of Dave Grohl backing James Horan's men a few days ago, Monday morning brings us another big name getting behind the men from the west.

Sent into us by Patrick Towey this is a picture of Ballaghaderreen boxer Ollie Towey, who is in LA under the tutelage of the great trainer Freddie Roach at the minute.

END_OF_DOCUMENT_TOKEN_TO_BE_REPLACED

Roach is best known as the man who trains Manny Pacquiao but he also has handled fights for the likes of Bernard Dunne, Miguel Cotto, Julio Cesar Chavez Jnr and is widely acknowledged as one of, if not the, best in the business.

Towey is settling in to life under Roach at Wild Card Boxing Club in Los Angeles and he has already roped in Roach into every Mayo person's biggest obsession; winning Sam Maguire. 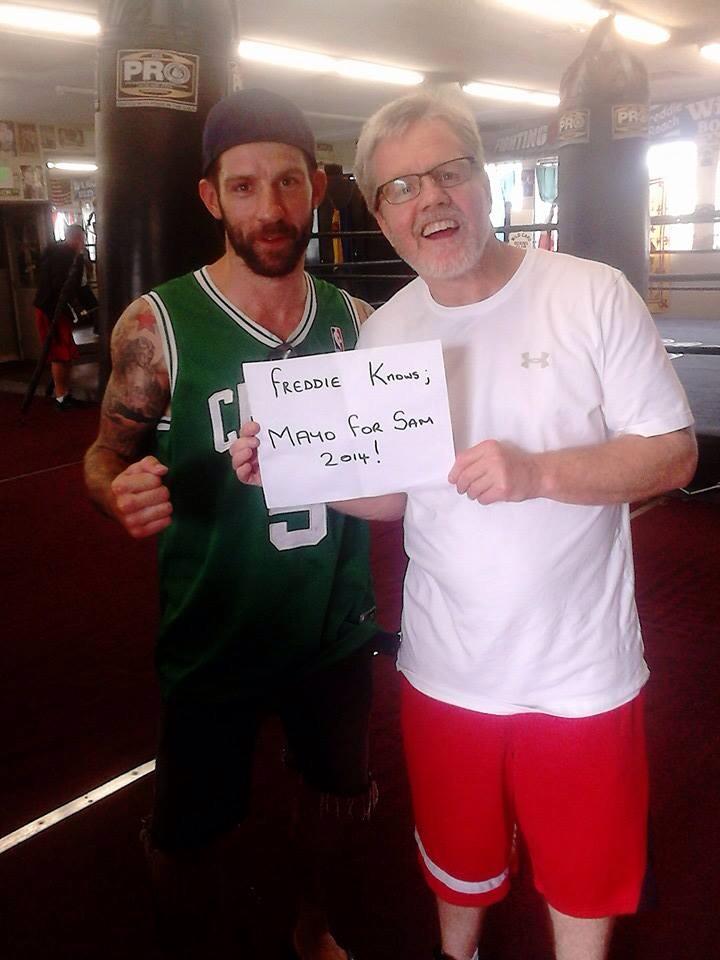 Considering the success Roach has had in the ring, this has to be a good omen for Mayo.