Pic: The search for the best hair in the GAA is over, lads

Not that we knew we were looking for it, but we've only gone and found the best hair in the entire history of the Gaelic Athletic Association.

This is Johny B, from Texas, who turned out for Kuwait Harps in a five team tournament in Bratislava on Saturday.

Johny has been playing Gaelic Football for the last three years, and will shortly be moving to Hong Kong to continue his work as a teacher.

JOE reader Declan Hayes sent these pictures of the great man into us from the capital of Slovakia. Also competing yesterday were Slovak Shamrocks, Vienna Gaels, Aughlisnafin GAC from County Down and Padova GFC. 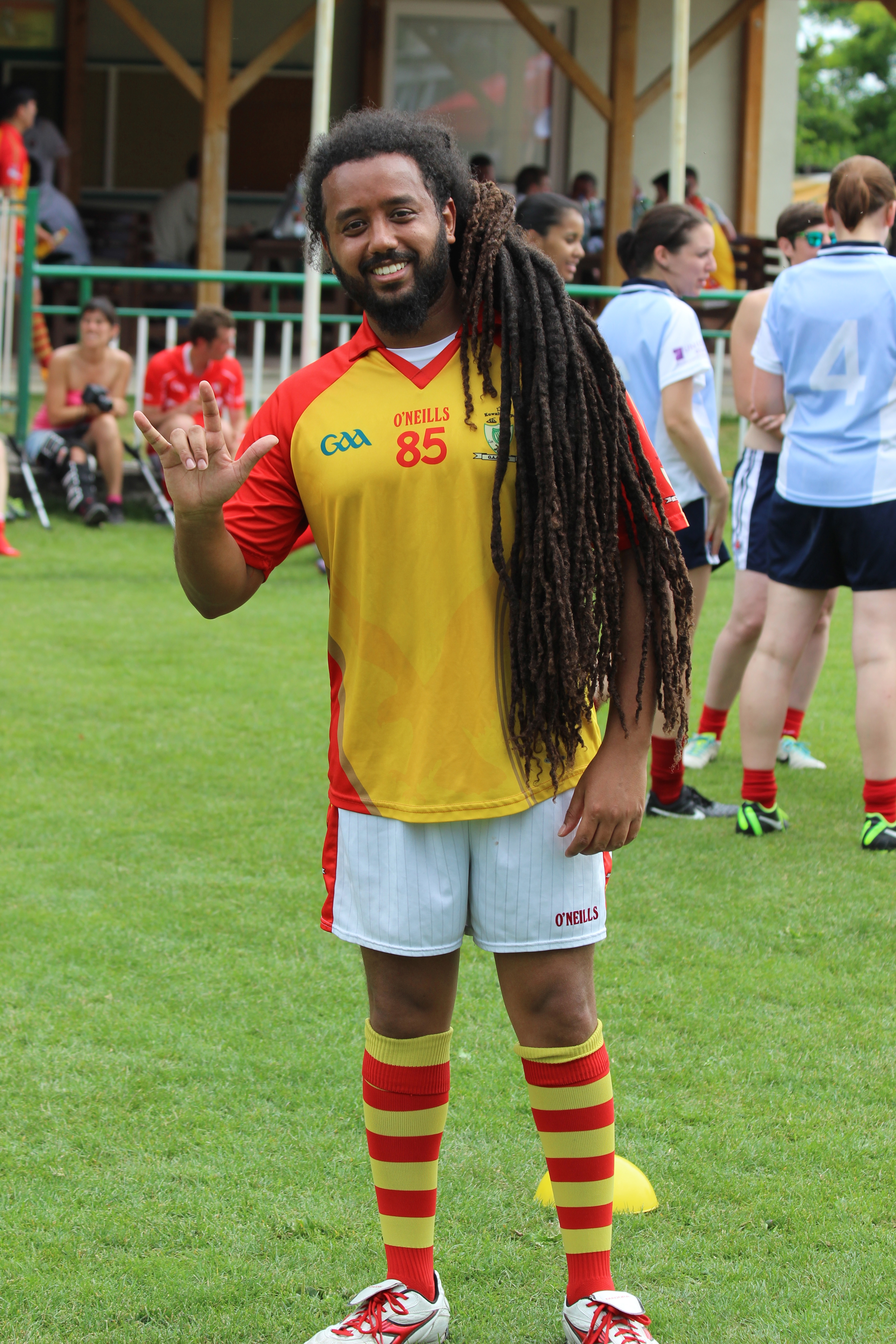 popular
RTÉ tries to solve Michael Collins murder in new documentary
QUIZ: Can you get top marks in this short but tricky Irish geography quiz?
4-year-old girl killed in Sligo caravan park named as Alice Dunleavy
Two long-thought-dead Marvel projects appear to be in the works
QUIZ: Can you score 12/15 in this difficult General Knowledge Quiz?
QUIZ: Test your skills to the limit with this General Knowledge Quiz
QUIZ: Can you name all the counties in Ireland with an ‘N’ in their name?
You may also like
4 weeks ago
Looking for a hotel room for the All-Ireland Final weekends? It won't come cheap...
1 month ago
Taoiseach condemns "disturbing" fight at Galway v Armagh game
2 months ago
The 2 Johnnies share unbelievable catfish ordeal affecting over 40 people
2 months ago
Limerick hurler arrested following alleged altercation with Tipperary player in Limerick pub
3 months ago
Woman in her 20s dies after accident during Camogie match
9 months ago
Wicklow GAA to investigate fight after Under 15 match on Saturday
Next Page