Manuel Neuer and the rest of Germany still remember though.

World champions Germany didn't exactly find their best form in qualifying for Euro '16, Poland beat them in Warsaw while Scotland ran them extremely close in their two matches, but the important thing is that Die Mannschaft will be in France and as we all know, they're going to take some beating this summer.

A win against Germany is something that Irish supporters will remember fondly though and if Poland, Ukraine or Northern Ireland want some tips on how to frustrate Joachim Low's side this summer then they might want to give Martin O'Neill a call.

We all remember John O'Shea's famous equaliser in Gelsenkirchen but the sheer euphoria from that goal was dwarfed by this glorious moment in Irish football. We'll never forget this strike.

Shane Long's wonder strike against Germany is the 3 International Goal of the Year! What a moment! #COYBIGhttps://t.co/gH4b71HNDZ

It seems that the people at UEFA have decided to skip past this magnificent moment on Ireland's road to France though because their official guide to Euro '16 has completely failed to mention our win over the world champions.

END_OF_DOCUMENT_TOKEN_TO_BE_REPLACED

JOE reader Liam Brophy has sent this official synopsis into us and UEFA's description of how Group D unfolded is perplexing to say the least because they only mention Ireland's two draws with Germany and Poland and nothing else about the boys in green - not even the games against Scotland or Georgia's crucial win over the Tartan Army that revitalised our campaign.

This book must have been written by a German person. 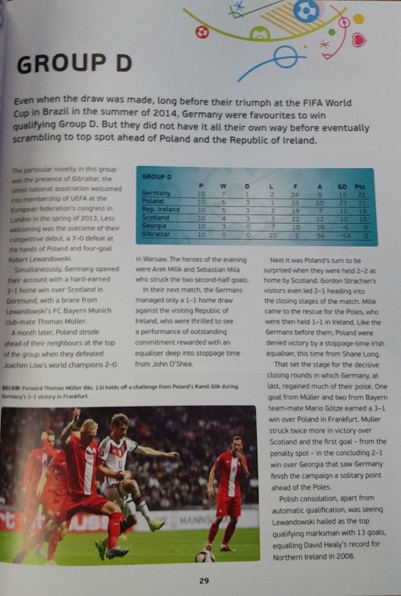