PIC: This Irish newspaper has published an article calling for the UFC to be banned

Not everybody is hopping on the McGregor bandwagon.

The country has been experiencing Conor McGregor fever all week after his incredible knockout of Jose Aldo in Vegas, and the subsequent confirmation of a civic reception in Dublin for the UFC Featherweight Champion in January.

One Roscommon Herald journalist probably hasn't signed it, though. The paper has published a brief but strong article calling for the UFC (we assume that MMA is the actual target) to be banned, while dismissing McGregor's achievements in the process.

The piece was written by Willie Hegarty, most famous for his local radio commentary. 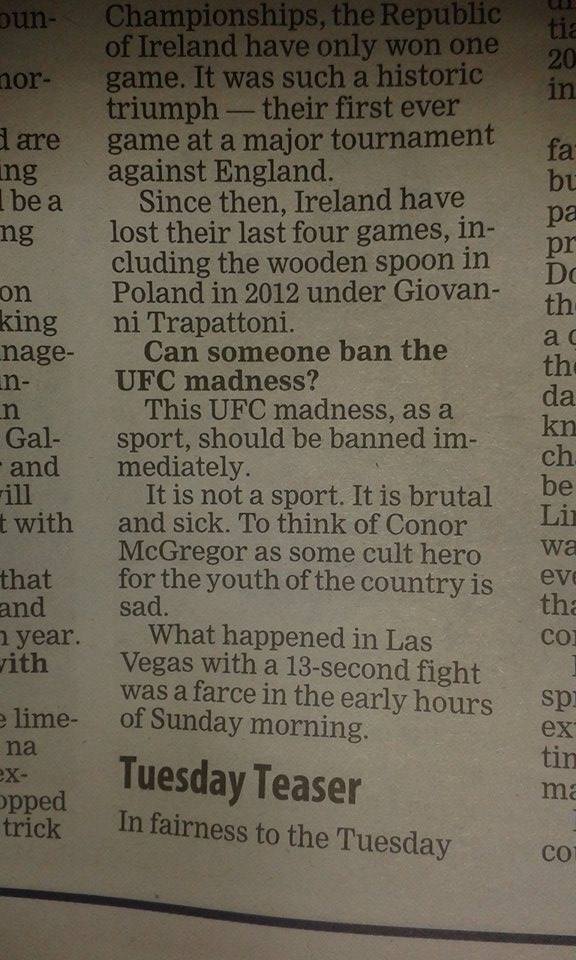 Does he have a point?