PIC: This supporter in the Aviva Stadium last night had no interest in watching the game

It wasn't the most enthralling game of football...

Ireland played Georgia in a World Cup qualifier last night in the Aviva Stadium and while the game wasn't much to write home about, the important thing is that we got the result... just.

There were some highlights with Seamus Coleman's great run sticking out in our minds, even if the goal at the end was somewhat on the fortunate side.

But one person in the 35th minute of the game decided they'd had enough of the spectacle for the moment and decided to catch up on world events instead.

After paying in, they read the paper... standard enough. 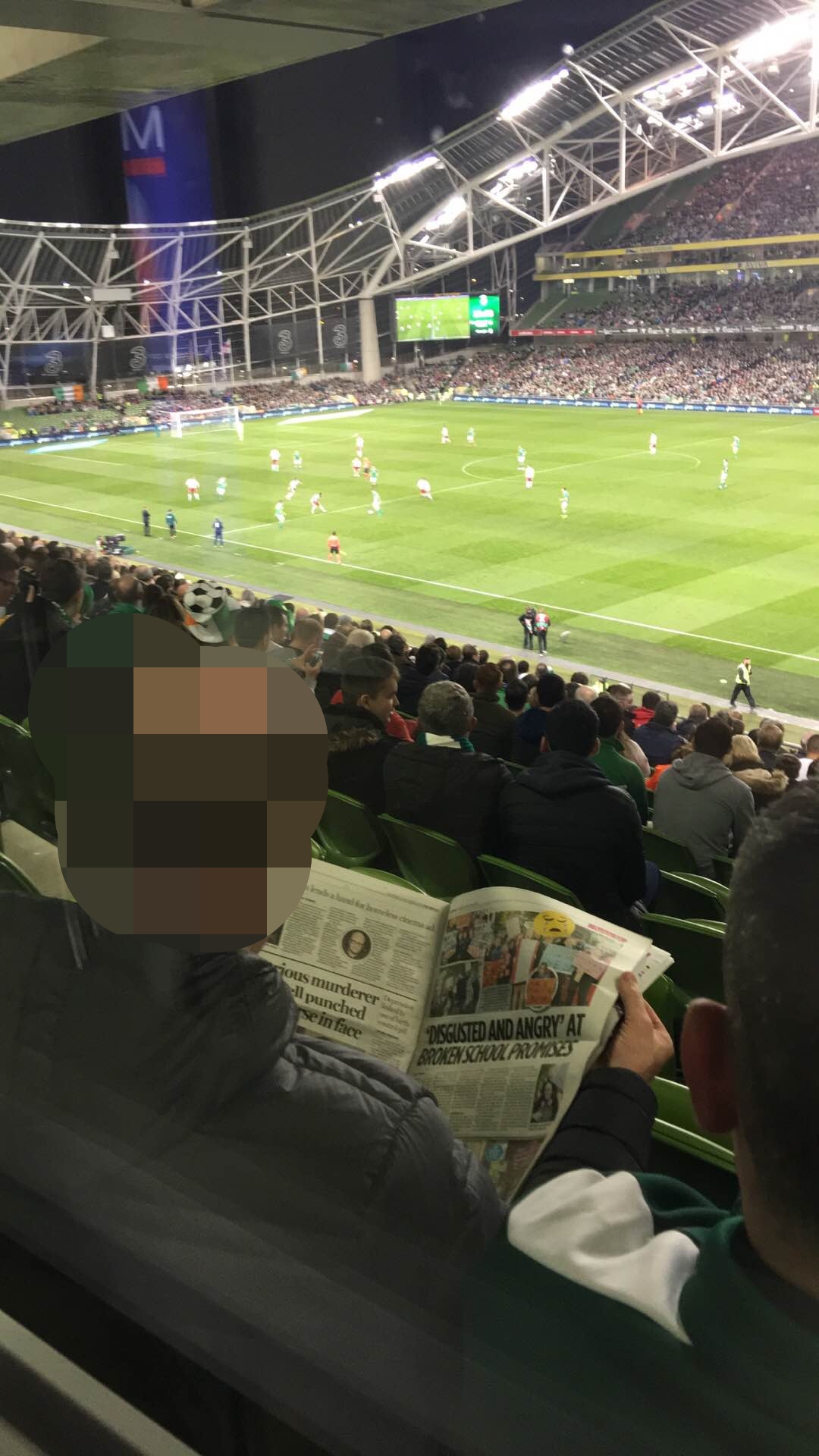 Cheers to Ronan Daly for sending it our way. If you have something you would like to share with us, send it to our WhatsApp number 087-4001102, editorial@JOE.ie or hit us up on Facebook or Twitter.

The Big Reviewski || JOE · The Big Reviewski with Y: The Last Man, that Malignant ending & a secret streaming service
popular
The 50 most iconic songs of all time* have been revealed
"One person's rent is another person's income" – Varadkar rejects calls for three-year rent freeze
You could be shopping in an Aldi store with no checkouts in Ireland in the near future
Government announces special €1,860 payment for laid-off workers during pandemic
PICS: The man with the biggest penis in the world has one unbelievable problem with it
Five of the most memorable moments from Never Mind The Buzzcocks
People think they've figured out the ranking of the viewers on your Instagram Stories
You may also like
3 weeks ago
Manchester City's Benjamin Mendy charged with four counts of rape
1 month ago
Michael Ballack’s son Emilio, 18, dies in 'quad-bike crash’
1 month ago
Five football documentaries to watch to kill time before the new Premier League season
3 months ago
Christian Eriksen shares first update from hospital as he undergoes tests after cardiac arrest
3 months ago
Christian Eriksen stable but may not play football again, says sport cardiologist
4 months ago
Ryan Giggs charged with assaulting two women and controlling or coercive behaviour
Next Page