As the great Mícheál Ó Muircheartaigh might say, neither a hurling stronghold.

The GAA World Games are taking place in Abu Dhabi this weekend, another great event to showcase our beloved native games to the rest of the world.

Some of the biggest names in the GAA are there to help make the games as good as they can possibly be and one of them, Pat Spillane, is, as Conor McGregor might say, not just there to take part but to take over.

Spillane is having great success as manager of the Argentinean team in Abu Dhabi, becoming, as was acknowledged by the official GAA World Games Twitter account, the first man to manage Argentina to a World Cup since Carlos Bilardo in 1986.

Our favourite thing about Spillane’s new role, however, is this caption on a video (see below) produced by the tireless Jerome Quinn, who is in Abu Dhabi covering the event. 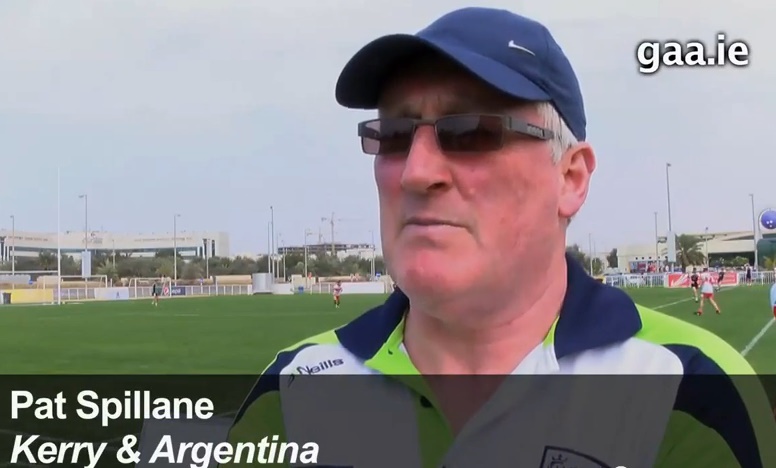 Did you ever think you’d see the day?

Check out all the highlights from Day One of the GAA World Games here...

popular
New Netflix series deserves to be as big as Stranger Things
Netflix has just added one of the best sci-fi movies of recent years
BBC apologises after calling Paul Mescal 'British' in Oscar coverage
This is what the cheapest house for sale in Dublin looks like
Irish names among the top 10 hardest words for British people to pronounce
Couple left unable to eat or drink after spending €4k on 'Turkey teeth'
Barry Keoghan mentioned in UK Parliament speech during government debate
You may also like
3 months ago
Brendan Óg Duffy's father speaks powerfully about his son's death
3 months ago
Gardaí investigating alleged assault on under-9 GAA player at children's sports event
4 months ago
Roscommon GAA confirms investigation into alleged assault on referee during juvenile game
6 months ago
Looking for a hotel room for the All-Ireland Final weekends? It won't come cheap...
6 months ago
Taoiseach condemns "disturbing" fight at Galway v Armagh game
8 months ago
The 2 Johnnies share unbelievable catfish ordeal affecting over 40 people
Next Page