PIC: Woolworths have been forced into posting this message by Simpsons-themed trolls

The internet at its very best.

Supermarket giant Woolworths have been received a torrent of messages from Simpsons fans asking if they stock 'Steamed hams' in a clear reference to one of the shows most iconic scenes between Principal Skinner and Superintendent Chalmers. 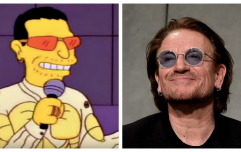 END_OF_DOCUMENT_TOKEN_TO_BE_REPLACED

The company had been inundated with messages from trolls calling back to the scene, so they've taken to their Facebook to respond - and they've responded perfectly, including a Simpsons joke of their own.

"We've received a lot of feedback from you all in the last 24 hours about whether we stock 'Steamed Hams'. Please note that in Australia, we call them Hamburgers. 'Steamed Hams' is an Albany, New York expression. Fans of 'The Simpsons', this is for you…"

popular
Met Éireann issues weather warning for three counties
A feel-good comedy with a Springsteen soundtrack is among the movies on TV
QUIZ: Take your very best shot in this tough General Knowledge Quiz
Gardaí launch social media campaign in response to rising number of deaths on the roads
The JOE Movie Quiz: Week 160
QUIZ: Can you conquer this delightfully difficult General Knowledge Quiz?
GAA proposes new black card for fouls
You may also like
1 week ago
30 years on, The Simpsons writer confesses he misunderstood iconic joke
4 weeks ago
QUIZ: Name the TV show from the end credits production logo
2 months ago
The Simpsons star reveals idea for long-awaited movie sequel
3 months ago
The JOE Music Quiz: Week 97
4 months ago
John Travolta's Irish accent has to be heard to be believed
8 months ago
You can now get paid almost €6,000 to watch every episode of The Simpsons
Next Page