PICs: Shane Long's wonderful gesture to young fan after Euro 2016 defeat has only just been revealed

In case you were unaware, the Irish fans, bother Northern and Southern, made quite an impression at Euro 2016.

It was not, however, just their French hosts who were won over by the travelling support, the players were also taken aback by the fans in France.

END_OF_DOCUMENT_TOKEN_TO_BE_REPLACED

On Thursday night we got to relive Euro 2016 via RTÉ's Two Shades of Green documentary, which followed the campaigns of both Irish teams in France.

Following the North's defeat to Wales in the last-16, the hopes of the island rested on Martin O'Neill's side in Lyon, where they faced France in a hostile Parc Olympique Lyonnais.

Despite leading 1-0 at half-time thanks to a Robbie Brady penalty, the Boys in Green bowed out after a second half brace from player of the tournament Antoine Griezmann.

Anyone in the stadium on that afternoon will forever remember the scenes after the final whistle as the defeated Irish players made their way over to the tiny corner of the vast stadium populated by Ireland's meagre 4,500-strong support.

END_OF_DOCUMENT_TOKEN_TO_BE_REPLACED

The players did seem to really connect with the supporters in France.

The Southampton striker was devastated, the penalty he earned in the opening minute eventually not proving to be enough to beat a star-studded France, but he found the wherewithal to make one little girl's day.

"Shane Long is there looking at us and next thing he takes off his boots and hands my daughter his boots," recalled fan George Downer.

"Even now talking about it gives me shivers. He gives her a big hug and I look down at her and she is roaring crying. Of course I started crying." 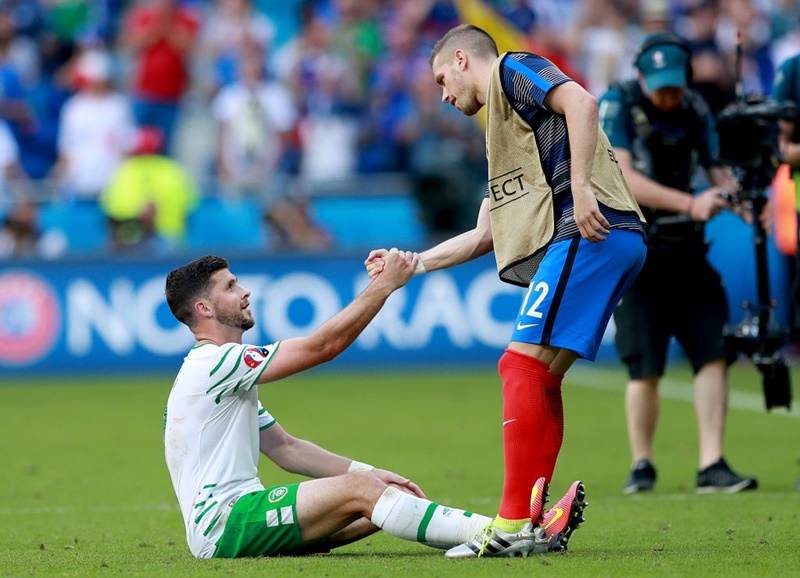 Above you see Long wearing boots at the final whistle. While below you see him minus his orange and yellow Nike footwear. 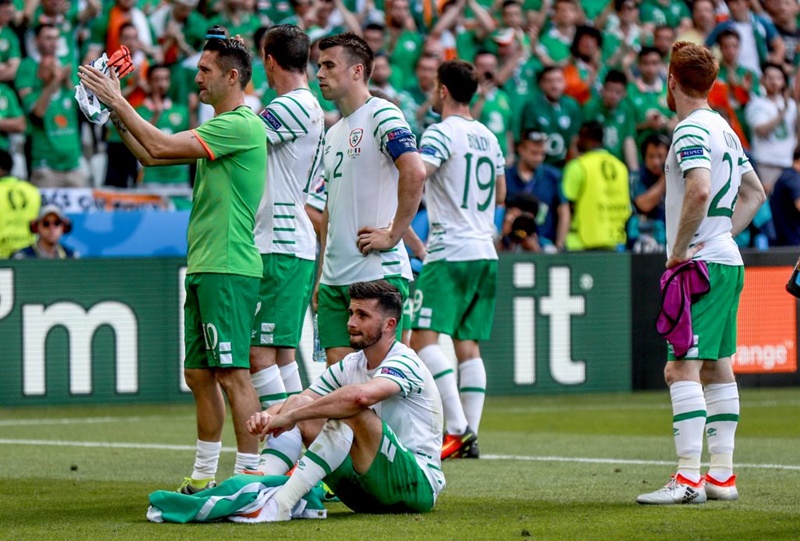 Bootless, he is still sat on the pitch, observing the crowd, which includes one tearful little girl and her tearful Dad.

Emotional end to an emotional fortnight.