Pics: Some great shots from a Puc Fada competition held in the Andes Mountains in Peru on Paddy's Day

Much like Fermanagh or Fiji, we never had Peru down as a hurling stronghold, but it would appear as if the gospel is spreading.

Irish people all over the world that couldn’t make it home for Paddy’s Day sought to celebrate their heritage in whatever way they could this weekend and what better way to do just that than to stage a Puc Fada competition on one of the most recognised mountain ranges in the world.

The folks at Wild Rovers hostels (whose brilliant homage to Brian O'Driscoll was featured on the site over the weekend) organised their own version of an event commonly staged in these parts on the Andes Mountains just outside of Cusco, Peru for Paddy’s Day and Davie Browne of Wild Rovers hostels was good enough to send us on a couple of pictures of the momentous occasion. 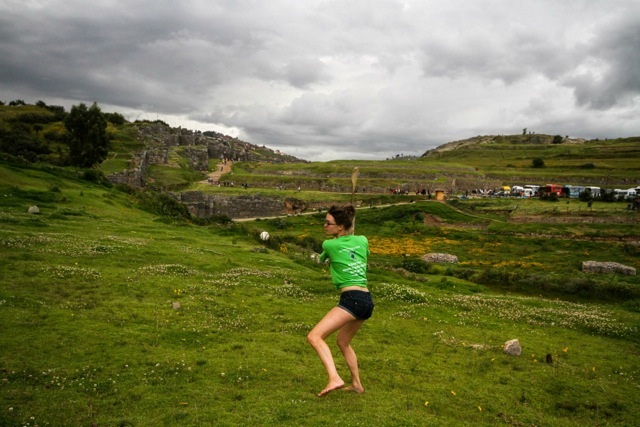 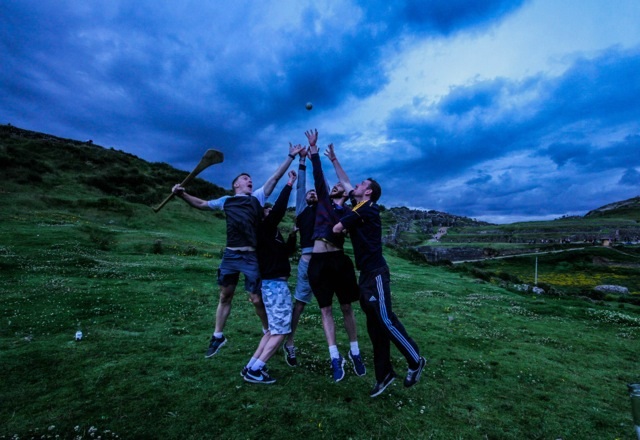 END_OF_DOCUMENT_TOKEN_TO_BE_REPLACED

No doubt there were a few locals wondering what the organisers were Incan playing a sport so unfamiliar to those parts, but judging by the first shot above, there was no shortage of hurling az-tekkers on display on the day that was in it *JOE goes to get coat*.

Thanks to Davie Browne for sending these our way

popular
Amazon Prime Video has just added 16 big movies to its library
QUIZ: We bet you can't get full marks in this extremely frustrating geography quiz
"It will be with me until I die" - Charlie Bird opens up about "loveliest gesture" from Daniel O'Donnell
Ireland tells Russia that naval exercises off Irish coast are "not welcome"
One person killed and three wounded in lecture hall shooting in Heidelberg
A new law now prevents employers using tips to ‘make up’ rates of pay on contracts
The JOE Movie Quiz: Week 138
You may also like
3 months ago
Wicklow GAA to investigate fight after Under 15 match on Saturday
1 year ago
Post-match celebrations and a lack of social distancing at certain events put club game on hold
1 year ago
Cork GAA pleads with clubs and supporters “not to engage in celebrations that breach current guidelines”
1 year ago
What's the Bronco test and why it may come up in conversation this week
1 year ago
The Andy Moran GAA Isolation Workout
1 year ago
SuperValu, Centra and the GAA team up on initiative to support elderly people
Next Page