Pics: Sun shines on Kerry in these fantastic GAA snaps by INPHO

The McGrath Cup was the setting for some very scenic photographs by INPHO.

The quality of games being served up in pre-season GAA tournaments may be best described as mixed but the quality of photography is still top class.

The weather at this time of year may be miserable for fans and players alike but it does give ample opportunity for country's sports photographers to get some great shots.

END_OF_DOCUMENT_TOKEN_TO_BE_REPLACED

And that was best demonstrated this weekend by INPHO's Cathal Noonan. Down in Tralee to cover Kerry's game against CIT in the McGrath Cup, Cathal stayed around after the game to capture the Kingdom's players during their warm down. The various stretches and lunges aren't that captivating, but the sun beaming out from behind the clouds, illuminating the whole scene magnificently, certainly is. 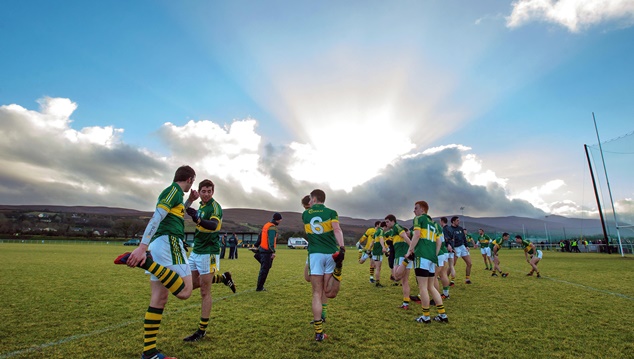 This in-game shot is pretty special too. 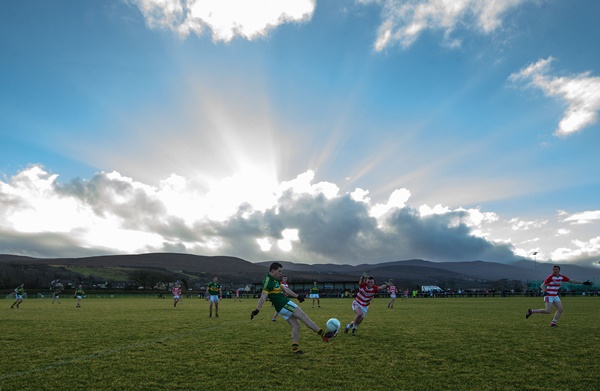 popular
Man arrested on suspicion of the murder of Irish man in London
Here's how to make €9-11 on Revolut in just a few minutes
New car-free town with population of 85,000 set to be built in Dublin
Galway City Council street cleaners claim Lotto jackpot worth over €5.5 million
Elderly Irish man stabbed to death on mobility scooter in London
QUIZ: Can you name all the countries beginning with A?
A terrific '90s crime drama is among the movies on TV tonight
You may also like
1 month ago
Looking for a hotel room for the All-Ireland Final weekends? It won't come cheap...
1 month ago
Taoiseach condemns "disturbing" fight at Galway v Armagh game
2 months ago
The 2 Johnnies share unbelievable catfish ordeal affecting over 40 people
3 months ago
Limerick hurler arrested following alleged altercation with Tipperary player in Limerick pub
3 months ago
Woman in her 20s dies after accident during Camogie match
10 months ago
Wicklow GAA to investigate fight after Under 15 match on Saturday
Next Page