Brought to you by WH

The jumps season is in full swing and we had some mouthwatering clashes with plenty of big upsets over the Christmas period.

Leopardstown, Limerick, Kempton, and Tramore all played host to some top class National Hunt action with all roads now leading to the Cheltenham Festival in March.

END_OF_DOCUMENT_TOKEN_TO_BE_REPLACED

The highlight of the Christmas Festival was undoubtedly the Savills Chase.

Minella Indo, who had looked foot perfect in his previous two starts, tripped up on the second circuit and last year's winner Delta Work unseated his rider shortly after.

The race began to take shape thereafter as A Plus Tard, Melon, and Kemboy all fought it out coming over the last; A Plus Tard, stepping up to three miles for the first time, proved a dour stayer as he pipped Kemboy at the line by half a length. He is now 8/1 for the Gold Cup and looking for a second win at The Festival.

END_OF_DOCUMENT_TOKEN_TO_BE_REPLACED

Chacun Pour Soi enhanced his lofty reputation in putting Notebook and Arkle winner Put The Kettle On to the sword.

His jump two outing was a thing of beauty and he quickly put the race to bed. He is now 6/4 favourite for the Queen Mother in March.

END_OF_DOCUMENT_TOKEN_TO_BE_REPLACED

Sharjah completed a hat-trick of wins of the Matheson Hurdle. Sent off as an 8/1 under Patrick Mullins, the Rich Ricci-owned gelding was travelling best coming into the straight and looked the winner a long way. Saint Roi and Acadabras were disappointing and it is back to the drawing board for both before the Champion Hurdle.

Appreciate It went straight to the top of the Supreme Novices market after slamming his rivals by 9ls while Zanhiry cemented his place at the top of the Triumph Hurdle market with another flawless display of jumping. Both horses could likely come back to Leopardstown next month for the Dublin Racing Festival.

Willie Mullins had plenty of more winners during the four days with Monkfish, Concertista, and Franco De Port causing another shock beating Felix Desjy and Darver Star. It was a brilliant few days for the Clonsutton trainer with 12 winners in total on the board. 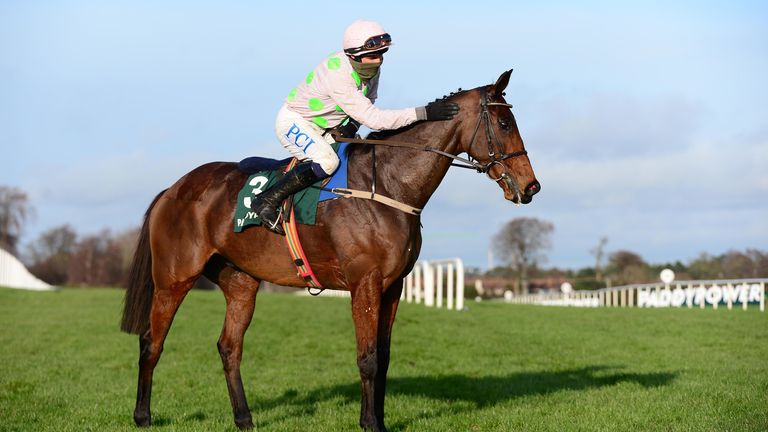 Chacun Pour Soi after his win in the Paddy’s Rewards Club Chase at Leopardstown.

The King George was the showpiece event as two-time winner Clan Des Obeaux lined up for a hat-trick in the race.

As the tapes went down, Frodon went out in front under Bryony Frost and made all. The two market principles Clan Des Obeaux and Cyrname never looked comfortable through the 3m test as Frodon put them all under pressure early on. Waiting Patiently stayed on strongly for second with Clan Des Obeaux third. After the race, Frodon was cut to 16/1 for the Gold Cup.

Frodon and Bryony Frost - a match made in heaven ❤️pic.twitter.com/SZ16qbJha0

The shocks continued at Kempton as Epatante was soundly beaten by Silver Streak, who employed new front running tactics that did the trick. Epatante didn't travel with her usual zest and you could see she was in trouble a long way out.

The upsets on the card carried on as Altior was beaten by the impressive Nube Negra. Altior looked fit and ready beforehand but produced a very laboured and lethargic effort, soon off the bridle and not fluent over his fences.

He reportedly scoped dirty after the race but he will have to improve massively to challenge Chacun Pour Soi in the Queen Mother on St.Patrick's Day at The Festival. 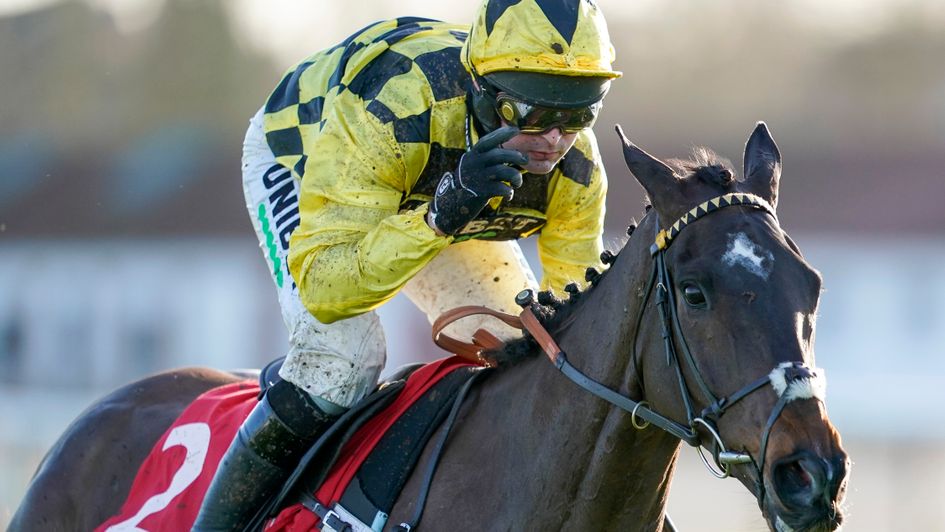 Shishkin was the star of the show at Kempton as he shortened considerably for the Arkle. Now a 4/5 shot after an imperious display, he made one or two small mistakes but his class shone through as he went through the gears after the last two fences and quickly put the race to bed.

He deserves to be a short-priced favourite for the race and the Sholokhov gelding will take all the beating.

Faugheen brought the house down last year when winning on his novice chase debut against Samcro and they subsequently named the race after him.

Asterion Forlonge was the clear favourite for the Faugheen Novice Chase against Colreevy and Pencilfulloflead. Asterion Forlonge jumped and travelled well throughout, but couldn't get the landing gear out in time as he crashed out at the 10th fence.

That left a battle between Pencilfullhead and Colreevy as they headed for home. Both jumped the last well, but Colreevy is a tough mare and battled back to win at the line. She is now a 5/1 shot for the new Mares Chases at Cheltenham, while Pencilfulloflead remains a 16/1 chance for the RSA his likely target.

Yet more drama this afternoon as Colreevy rallies gamely under pressure to capture the Faugheen Novice Chase, to complete an across-the-card Grade One double for @WillieMullinsNH @dan2231 @LimerickRaces pic.twitter.com/hSH4ZnZkoZ

Dual Gold Cup winner Al Boum Photo made his regular seasonal appearance over the weekend at Tramore, a race he has won twice. The race fell apart a little, but the Gold Cup hero did the business once again with a solid round of jumping.

Willie Mullins post-race said he looked a bit rusty as he hadn't raced for a while, so we might see Al Boum Photo race again before the festival as he seeks a hat-trick and tries to emulate the great chaser Best Mate.

Al Boum Photo is currently 7/2 for the showpiece event.

Brought to you by WH

popular
5 years ago, Hollywood took a massive gamble on a huge sequel... and lost big time
Netflix has just added 12 very big movies to their library
One of the most underrated crime thrillers of recent years is among the movies on TV tonight
Tom Hardy set to play Hannibal Lecter-type serial killer in new series
Netflix backtracks on anti-password sharing measures following user outcry
Guy Ritchie's new war movie looks like it'll be a very emotional watch
The 50 most iconic songs of all time* have been revealed
You may also like
1 week ago
How to make a healthy Spice Bag at home in 5 super easy steps
2 weeks ago
Guinness Open Gate Brewery has launched a new monthly Beer Club, introducing you to a world of flavours
3 weeks ago
Take on this Mystery Challenge to WIN a €500 Glamping voucher on Inis Mór Island
3 weeks ago
If you're looking for a career change in 2023, you won't want to miss these new job opportunities...
1 month ago
New year fitness goals? Lidl's got you covered
1 month ago
8 absolutely binge-worthy box sets to enjoy over the Christmas break
Next Page