The former Aston Villa and Manchester United manager saw his career as a pundit and co-commentator come to an abrupt end in 2004 when he was caught on a microphone referring to Marcel Desailly as a "thick, lazy n****r."

Now the 77-year-old has defended his comments by claiming the he was only repeating the same words he'd heard used by two other managers at the time.

END_OF_DOCUMENT_TOKEN_TO_BE_REPLACED

Oh, and he played a lot of black players while he was manager at Aston Villa, so couldn't possibly be a racist.

Atkinson was commentating on a Chelsea match in 2004 when the mic picked up his comments about Desailly and broadcast them across the Dubai and the Middle East.

Even before the advent of social media, it wasn't long before word spread and he was sacked by ITV.

“My record as a manager speaks for itself. At Aston Villa I once put out an entire team of black players, apart from Mark Bosnich and Shaun Teale," he said as he launched his autobiography.

"But on this night in Monaco, I had taken my mic off and tossed it away. I was annoyed because Chelsea had thrown the game away – then I’ve blown my career with a single word I will always regret.” 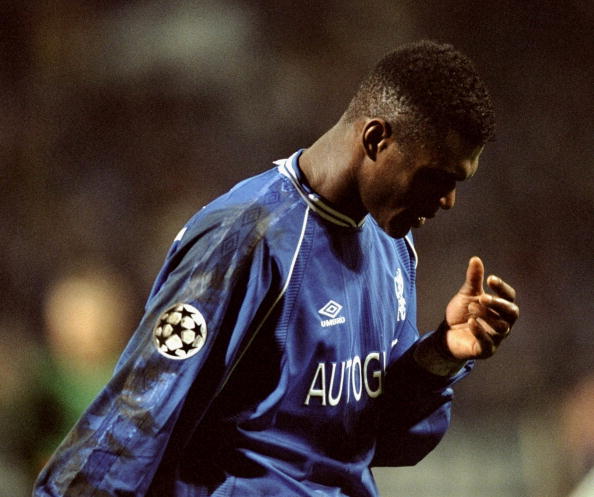 END_OF_DOCUMENT_TOKEN_TO_BE_REPLACED

He adds in the book, “Normally, one of the production team will go over, switch off the microphones and disconnect the feeds. But tonight she doesn’t.

"They are on and some of the feeds are still live. When Desailly appears on the tape, I comment: ‘He is what is known in some schools as a thick, lazy n***er’.

END_OF_DOCUMENT_TOKEN_TO_BE_REPLACED

“It was idiotic, stupid and offensive, and I should never have said it. To this day, I cannot believe I did."

“The one thing I can say in my defence was that I was quoting a phrase that at least two managers I knew had used.”