How important is this going to be in the Airtricity League title race?

Dundalk ended up claiming what could end up being a vital point against Shamrock Rovers this evening but it could all have been so different had Ryan Brennan converted a penalty for Pat Fenlon’s men in the second half.

‘Keeper Peter Cherrie was adjudged to have brought down Karl Sheppard in the area and from the resultant spot-kick, former Drogheda United man Brennan slipped at the vital moment and sent his effort flying over the bar to leave the sides tied at 0-0, which is how the game finished after 90 minutes. 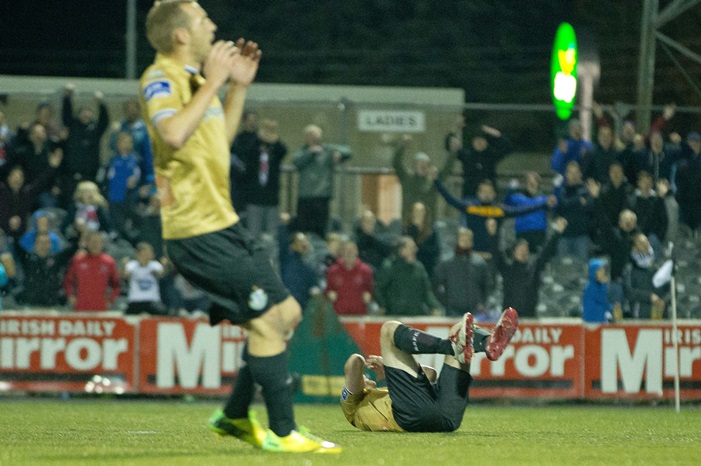 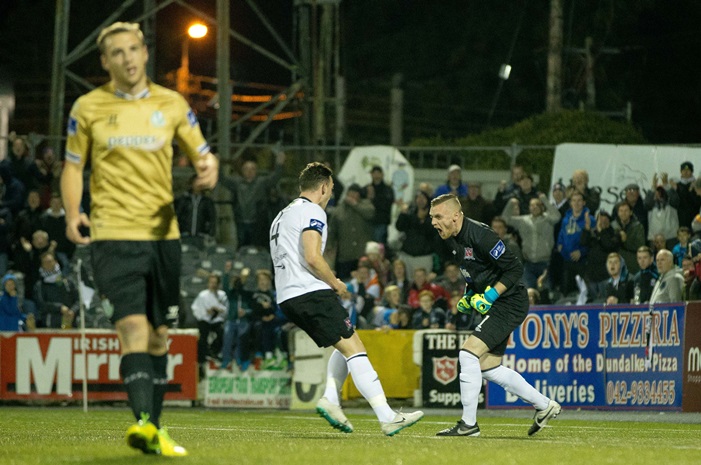 END_OF_DOCUMENT_TOKEN_TO_BE_REPLACED

After that result, Dundalk move one point clear of Cork City at the top of the table but the Leesiders are very much back in the race with only two games remaining.

Should Dundalk and Cork City win against Bray and Bohs respectively this Friday evening, then a fascinating winner-takes all encounter awaits in Oriel Park seven days later.

It ain’t over yet folks.

popular
Irish punters could turn €0.98 into hundreds of millions* with a bet on the Super Jackpot
Amazon Prime Video has quietly added 10 big new movies to its library
The best memes from this year's Late Late Toy Show
The JOE Movie Quiz: Week 130
The Toy Show DJ brothers have been offered their very first gig
Clint Eastwood's final western is among the movies on TV tonight
The 50 most iconic songs of all time* have been revealed
You may also like
1 month ago
The JOE Friday Pub Quiz: Week 264
3 months ago
Manchester City's Benjamin Mendy charged with four counts of rape
3 months ago
Michael Ballack’s son Emilio, 18, dies in 'quad-bike crash’
3 months ago
Five football documentaries to watch to kill time before the new Premier League season
5 months ago
Christian Eriksen stable but may not play football again, says sport cardiologist
7 months ago
Ryan Giggs charged with assaulting two women and controlling or coercive behaviour
Next Page