JOE would like to buy the person who is responsible for the online content at Shelbourne a pint, we would prefer tea but it may be still unavailable at Tolka Park.

The Dublin club have probably published the best headline ever relating to a pitch invader during their recent 3-1 win against Waterford.

Goals from Jordan Keegan,Adam McDonnell and Gareth Coughlan gave Johnny McDonnell's men the win but the club were fined €200 after a spectator walked onto the pitch during the game. 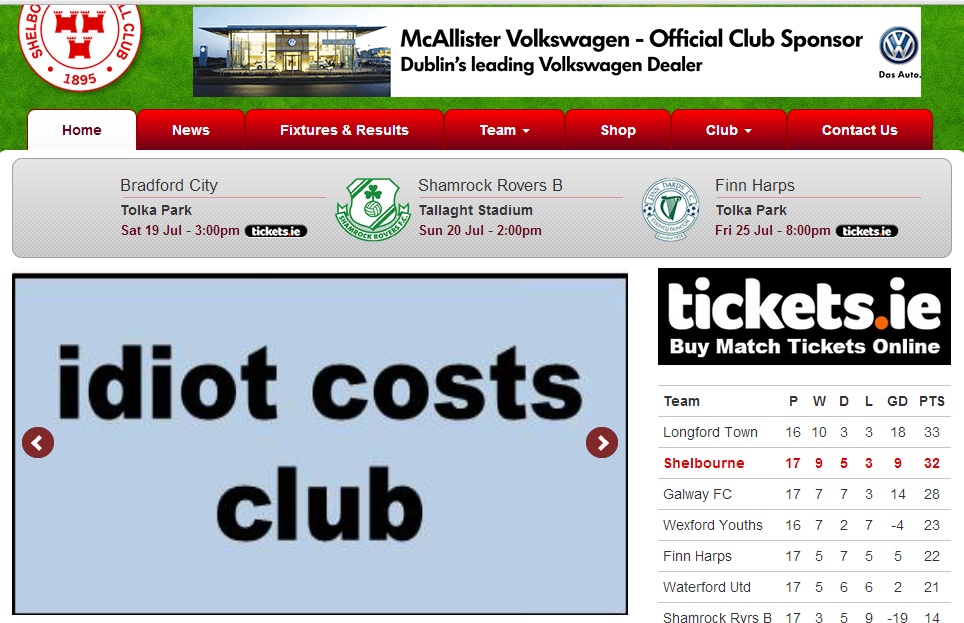 The lads on the website didn't stop there as they continued to rightfully have a go at this 'fan'. JOE applauds you Shelbourne webmaster. 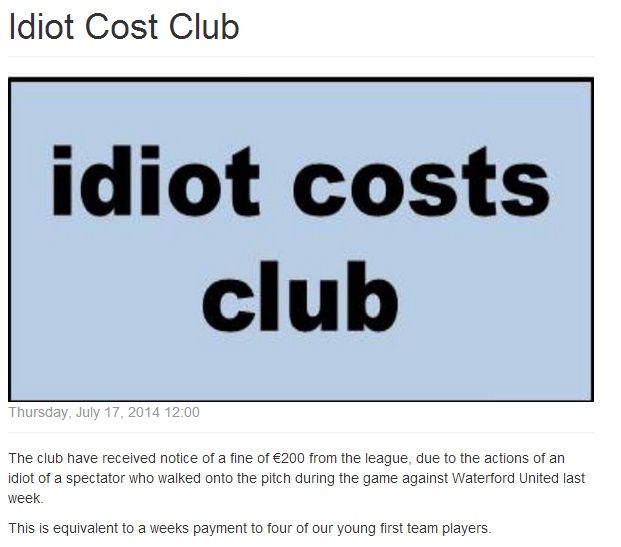 Shels are one point off Longford in the first division but it's safe to say they may win a few more admirers after this post.