There was a time, not so long ago, that Irish sport was at giddy heights. We believed anything was possible.

Our footballers had defeated Austria and were on course for the 2018 World Cup, Conor McGregor had become 'Champ Champ' in the UFC, the O'Donovan brothers were rowing superstars and taking on all comers after the Rio Olympics, and Katie Taylor was preparing for her professional boxing debut.

In the middle of it all, in November 2016, Ireland took on the world champion All Blacks at Soldier Field, Chicago.

END_OF_DOCUMENT_TOKEN_TO_BE_REPLACED

The game was played out in a city alive with street parties - the Chicago Cubs had won their first World Series in 108 years - and street protests - residents of the city were marching against Presidential hopeful Donald Trump, days before America went to the polls.

It also came just four short weeks after this country had learned of the shock death of Munster and Ireland rugby legend Anthony Foley, who passed away from acute pulmonary oedema, in Paris, at the age of just 42.

'Soldier Field', a new play by Pat McCarry, sets out to tell the tale of a tumultuous, redemptive and uplifting period in our sporting history.

The play - performed by The Balally Players and staged at dlr Mill Theatre in Dundrum from October 30 to November 2 - follows six Irish fans and three players - Conor Murray, Rob Kearney and Andrew Trimble - in the build-up to, and during, Ireland's first ever Test win over the imperious All Blacks.

END_OF_DOCUMENT_TOKEN_TO_BE_REPLACED

A couple of poignant scenes touch on the tragic loss of 'Axel' Foley, who was Munster coach at the time and a mentor to four of the Ireland players that day - Murray, Donnacha Ryan, Simon Zebo and CJ Stander. The memorable 'Figure of 8' tribute for Foley sets the scene before action commences down on the pitch. 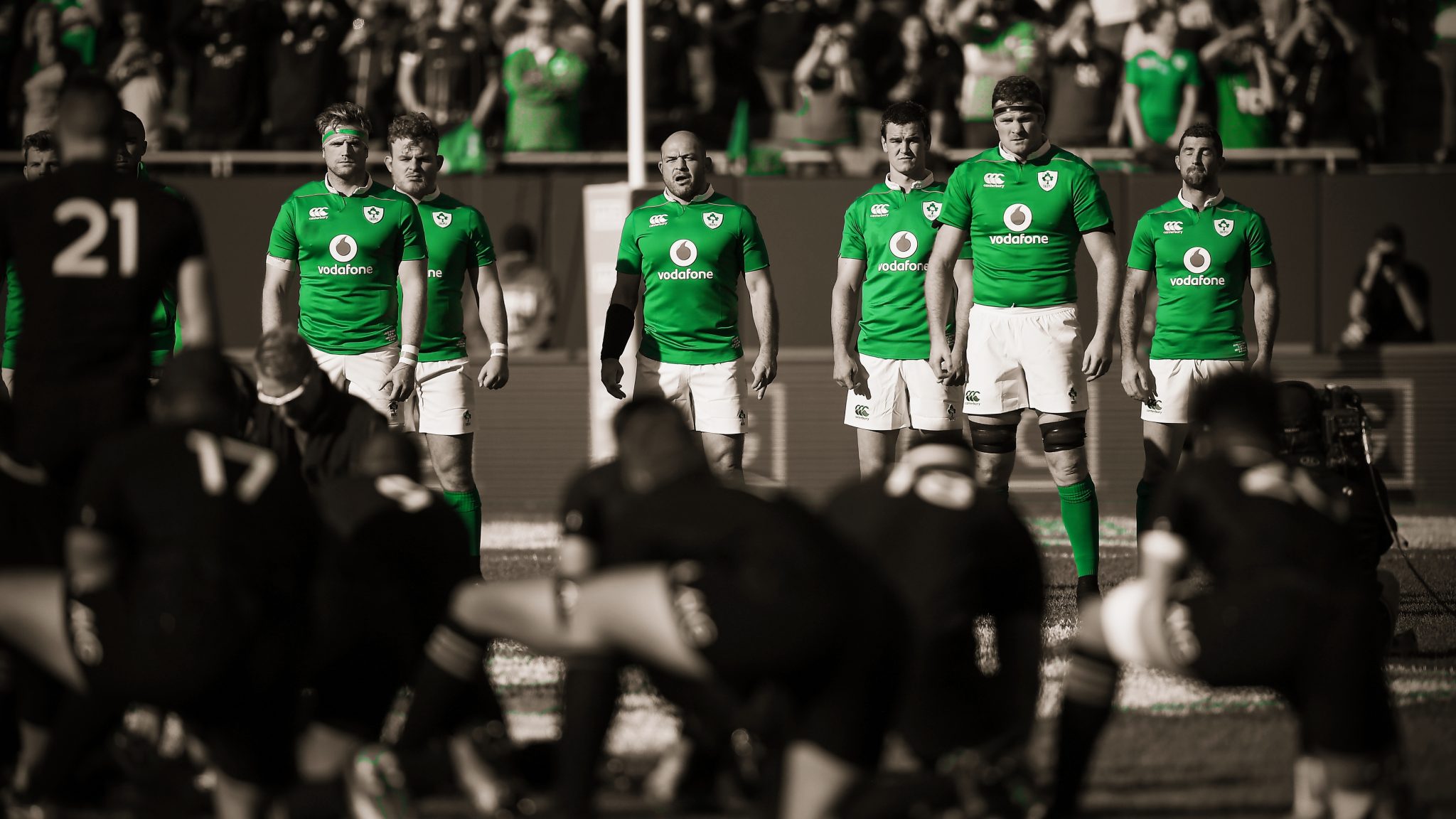 Overall, though, the play intends to sweep you up in the overriding sense of big-match euphoria. There are moments of gripping drama, tension-relieving comedy, pure dread, blind hope and a taste of what a white-knuckle ride it was that day.

The idea for the play came when Pat, who was covering the match in Chicago for SportsJOE, got speaking to several of the players that were involved and the fans that, having travelled the world over, were in stadium to witness Ireland beat New Zealand for the first time in 111 years.

"You had friends catching up that hadn’t seen each other in years," he says, "families reunited, grandparents meeting their grandchildren for the first time, illegal Irish, who can’t get home, finally getting to see friends and family after years apart.

"The game, in a way, was just the reason for these people to reconnect. An excuse to share time together and re-live old stories. Win or lose, those are the moments that people remember, not just the 80 minutes. But winning sure does add to the feeling that everyone there that day has been part of something special."

END_OF_DOCUMENT_TOKEN_TO_BE_REPLACED

Ireland followed up that Soldier Field victory with a 2018 win over New Zealand in Dublin but they could not repeat the fire, and magic, in the World Cup quarter final against the reigning champions.

Also on the night, at The Mill Theatre, there will be more new writing – ‘Waiting for You’ by Mark O’Leary – and the Sandy Taylor play ‘I’m Not Laughing, I’m Screaming’.

Tickets for ‘Soldier Field’ and the two other plays that are part of the night at dlr Mill Theatre are €16 (€14 with a concession) and are available to purchase at the theatre, by calling (01) 296 9340 or by visiting www.milltheatre.ie

SUBSCRIBE AND LISTEN TO BAZ & ANDREW'S HOUSE OF RUGBY: https://playpodca.st/house-of-rugby-ie

popular
Netflix has just added an incredibly tense 97-minute thriller
Major US healthcare company to create 1,000 jobs in two counties
Prime Video has just added 25 very big movies to its library
Irish people could be treated to spectacular sights in the sky over the next few nights
QUIZ: Name all the counties of Ireland that contain 3 vowels or more
Eamon Ryan's mother dies in tragic accident on family holiday
Four Irish food businesses were served with closure orders in July
You may also like
4 months ago
Scottish Parliament official dies during rugby game in Dublin
5 months ago
Every Guinness fan needs to try these brand new experimental beers
6 months ago
"Samaritans saved my life" - Brent Pope praised for honest interview on Tommy Tiernan Show
1 year ago
Craig Casey and Johnny Sexton combination backed for Italy clash
1 year ago
Defence grows for Billy Burns after one of the roughest days of his rugby career
1 year ago
Major upside to Ireland's Six Nations challenge that should make all the difference
Next Page