Some of the very best darts fan pictures

The action away from the oche can be bloody entertaining too. If you’re heading to next week’s McCoy’s Premier League Darts in Dublin, here’s what you can expect.

One of the many pleasures of watching the darts on TV is the crazy crowds that attend the events. If you go in person it is even better. Costumes, signs, singing, dancing, it really is a massive party with some darts thrown in.

So, ahead of next week’s big night in Dublin at the O2 (Round 11 of the McCoy’s Premier League on April 18) here’s some of the best fan costumes and signs we have spotted. We expect the Irish crowd to blow this lot out of the water next week though.

1 Rock and roll all night, party every day 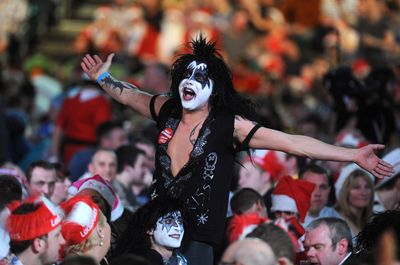 2 You can’t beat a bit of Bully 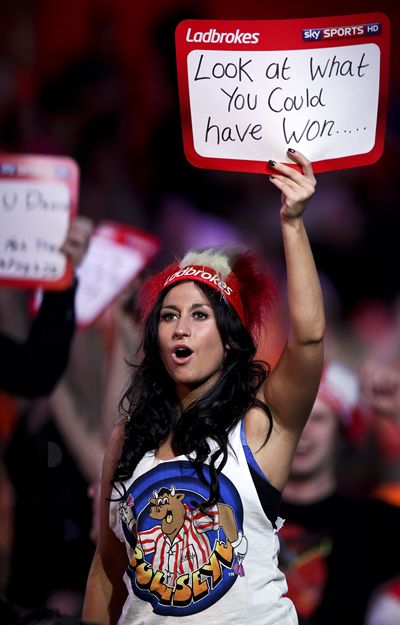 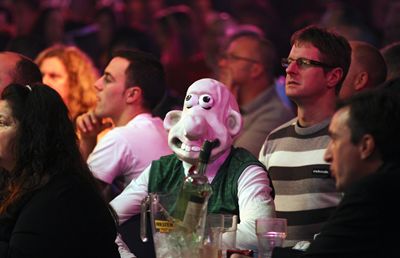 4 We see what you did there 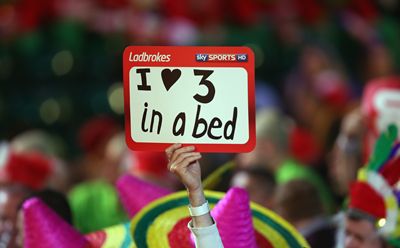 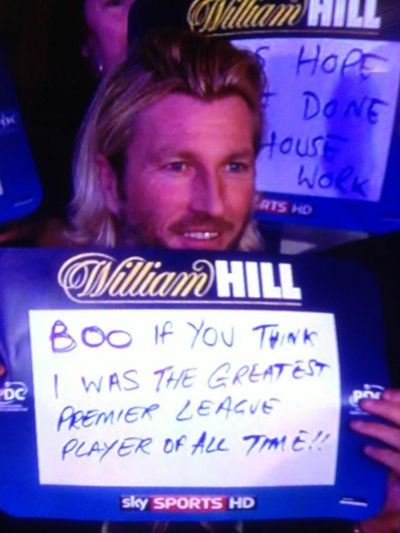 popular
Government halts plan to subsidise antigen tests because “market” has sorted it
Eight arrested following brawl in Galway cemetery
Landslide, earthquake, 'huge dump of snow' and female Taoiseach predicted for Ireland in next three years
Amazon Prime Video has quietly added 10 big new movies to its library
Revolut co-founder donates €1.1 million to Toy Show appeal
The JOE Movie Quiz: Week 130
The best memes from this year's Late Late Toy Show
You may also like
2 years ago
COMPETITION: Win a VIP package for the BoyleSports World Grand Prix Final
3 years ago
Classic '80s game show Bullseye looks set to make a huge comeback with a brand new presenter
4 years ago
WATCH: Fan causes havoc as he invades stage during World Darts final
5 years ago
VIDEO: A few pints didn't stop this darts beginner from nailing an amazing trick shot in a Mayo pub
5 years ago
PIC: These Irish girls from Mayo were caught holding a very bold sign at the darts
5 years ago
VIDEO: Look out for these 18 Irish lunatics on the darts on Sky Sports tonight
Next Page