There are some old school Man City fans that still get excited whenever the team reach the magical 40 point mark in the league, a decade of relegation scraps has probably left them with some Vietnam War-esque flashbacks, but those days are a thing of the past.

Ever since the Abu Dhabi United Group took over the club in 2008, Man City's fortunes and status in world football has absolutely skyrocketed.

Under the stewardship of chairman Khaldoon Al Mubarak, the club have won two Premier League titles, the FA Cup and League Cup but most importantly, City have splashed the cash to bring in some wonderful footballers. 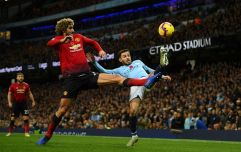 END_OF_DOCUMENT_TOKEN_TO_BE_REPLACED

Money isn't an issue at the City of Manchester Stadium with players Sergio Aguero, David Silva and Yaya Toure and many more all joining the club in recent years.

As many football fans have remarked, being the Man City manager must be like those moments when you're cheating at Football Manager, such is the endless amount of financial power that the club have. 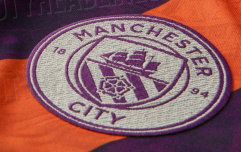 END_OF_DOCUMENT_TOKEN_TO_BE_REPLACED

This being said, Steve Howey's prediction about Man City's first starting XI with Pep Guardiola in charge should give you a laugh.

Steve was a little bit optimistic when he made this prediction in February and it's doing the rounds on Twitter today.

popular
Met Éireann issues Status Yellow rain warnings for five counties
Met Éireann issues weather warning for three counties
Paul Reid announces decision to step down as HSE boss with a "heavy heart"
Rental availability at "extraordinarily low level" as house prices continue to rise
QUIZ: Can you conquer this delightfully difficult General Knowledge Quiz?
Aer Lingus apologises for multiple cancelled flights to and from Dublin Airport
Kendrick Lamar closes Glastonbury with blood-soaked plea for women's rights
You may also like
3 years ago
Fans react to Man City sending bags of confetti to season ticket holders ahead of the new season
5 years ago
Harry Arter reveals what Pep Guardiola said to him on the pitch last night
5 years ago
WATCH: Pep Guardiola and Harry Arter had a lovely exchange on the pitch at full-time
5 years ago
WATCH: Pep Guardiola replies with 'What da f**k?' when asked if Man City can win quadruple
5 years ago
Manchester United: Zlatan Ibrahimovic with a not so thinly veiled dig at Pep Guardiola
6 years ago
PICS: Noel and Liam Gallagher are quite happy that Pep Guardiola is heading to Man City
Next Page