Steven Gerrard has had some very strong words for Raheem Sterling

Steven Gerrard has urged Raheem Sterling to 'be a man' about his wishes to leave Liverpool this summer.

Sterling has phoned in sick to training twice this week and is set to defy club orders to go on a pre-season tour of the Far-East and Australia next week.

Former Reds captain Gerrard, now an LA Galaxy player, believes Sterling has gone about things the wrong way and that he needs to confront the club's hierarchy as opposed to hiding on the couch watching Netflix.

Gerrard said: “I’m not happy with all that carry-on and I don’t think there’s any need for it."

END_OF_DOCUMENT_TOKEN_TO_BE_REPLACED

Sterling has pinpointed the breakdown of his relationship with manager Brendan Rodgers as the reason he wants to leave.

"They all need to be men about the situation," he added.

“Raheem needs to go in and speak to the owners and to Brendan himself, tell them what he wants and go about it that way. You don’t have to throw illnesses in and refuse to go on tour.

"There are millions and millions of Liverpool fans around the world who are itching to see Raheem Sterling in a Liverpool kit.

"So I don’t think it’s fair on them if he is behaving like that.” 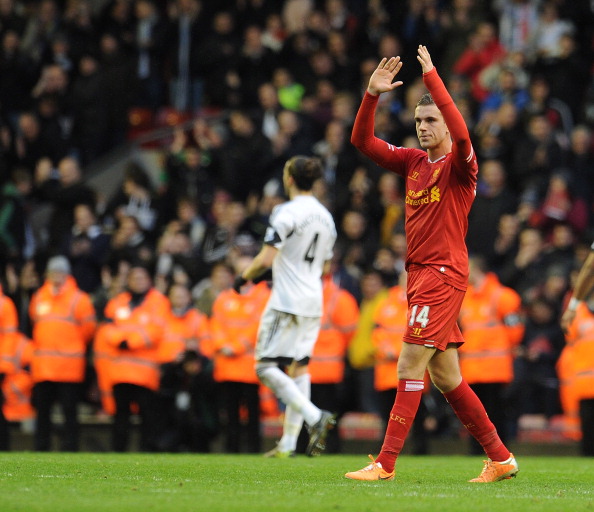 END_OF_DOCUMENT_TOKEN_TO_BE_REPLACED

Gerrard has compared the actions of Sterling with Jordan Henderson, set to be named as the new Liverpool captain ahead of the tour.

"Raheem and Jordan are at different ends of the scale, Jordan's so professional, he's a winner, a great lad," said the 35-year-old.

"I don't think there's a more fitting player to take that armband off me.

"I see a lot of my game in Jordan's game and what I like about him is he's very humble."