Tale of the Tackle: What we learned from the weekend’s Champions Cup action

Following a stunning weekend of European Rugby Champions Cup action, we are taking look back at what we learned after watching the three Irish provinces in action.

Leinster and Munster both claimed wins against English opposition albeit probably not in the fashion they would have liked. Ulster had a disappointing away loss to Leicester Tigers but did manage to claim a losing bonus point, which in a tight group could prove crucial to the final outcome of the pool.

Here is what we learned from the weekend...

Conor Murray is the real deal. . .

END_OF_DOCUMENT_TOKEN_TO_BE_REPLACED

Munster were fortunate to come out on top against a spirited Sale Sharks side, and much of the credit for that last minute victory must go to the Munster number nine. After being physically and mentally bullied in the opening 40 minutes, Munster managed to turn the tide in the second half and snatch a victory.

Murray ran the southern province during their revival in the second half and provided the much needed spark they were crying out for. As well as scoring a try in the corner, he was responsible earlier on in the move for gaining a couple of hard yards after Munster had been driven back in successive pick and drives. His box-kicking was pinpoint and placed the Sale back three under huge pressure and his defence was similar to that of a back-row rather than a scrum-half. 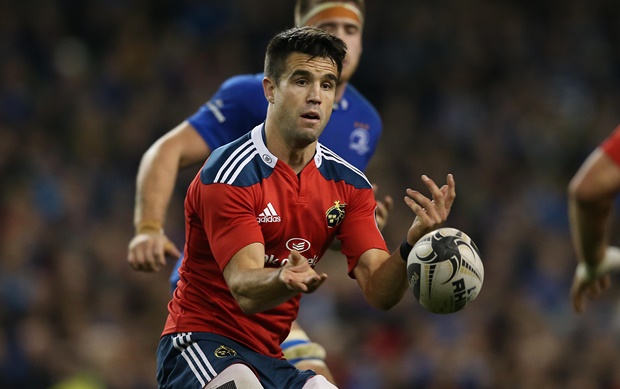 It was such mature performance from the number nine that you have to think that this is the season that Murray takes the step into the world-class bracket that he has been threating over the last couple of seasons.

Leinster still know how to win. . .

Leinster were under the cosh for large periods of their game against Wasps. A breakaway try and some Christian Wade magic helped the Londoners to a healthy advantage but it was not enough to put away a gallant Leinster side. The eastern side have shown that despite a raft of injuries and a few retirements, you don’t forget how to win tight games.

END_OF_DOCUMENT_TOKEN_TO_BE_REPLACED

While nobody would have expected Wasps to take such a lead, Leinster didn’t panic. They stayed playing their game and ground out a result. Jamie Heaslip was immense at number eight and took over a lot of the ball carrying mantle with an astonishing 23 carries during the absence of Cian Healy and Sean O’Brien. Sean Cronin was superb in the loose but his line-out play was atrocious which will be a disappointment to him considering the work he has put in. 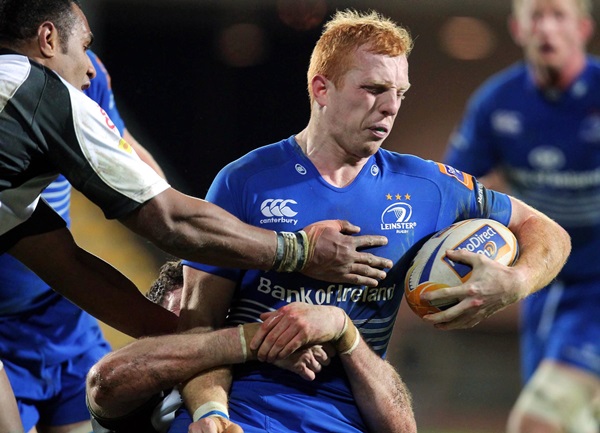 Special mention must go to some two of Leinster’s less experienced players Darragh Fanning and Dominic Ryan, who produced strong performances and were rewarded with tries for their efforts. Ryan has struggled with injury over the past couple of years but he is showed that he is a true, out-and-out seven with tremendous tackling and great breakdown work.

Munster need to do something to sort their leaky defence. . .

During the first half of their game against Sale Sharks, Munster’s defence was woeful. Sale were gaining easy yardage around rucks and they looked like breaking the line every time the ball went into midfield.

END_OF_DOCUMENT_TOKEN_TO_BE_REPLACED

Andrew Smith and Denis Hurley looked like they didn’t even know each other at times and they were hardly up against world class opposition in the form of former Munster player Sam Tuitupou. The Kiwi is a very limited player but looked exceedingly dangerous when running at the Munster midfield. Andrew Conway scored a great try but he was under the cosh defensively when the ball came his way.

While there was a marked improvement in the second half, defence coach Ian Costello will be concerned that there was so many line breaks achieved. Johnny Leota had five clean breaks on his own during the game. Defensively they were fantastic against Leinster in the PRO12, but whether it was down to a lack of concentration or strategy, the same solidness was not there this weekend.

They have plenty of work to do before the visit of Saracens this Friday.

Ulster have their back to the wall. . .

Ulster lost out to Leicester in Welford road on Saturday evening following disappointing performance. Ulster came into the game in good form and would have been hopeful of coming away with a victory following their win there last year.

Toulon are up next in Kingspan Park for Ulster and they need to get a win in that game if they want to advance from the pool. No easy feat when you consider the array of stars that the French side have at their disposal. If Ulster were to lose this weekend it would severely damage, if not end their chances of getting out of the group.

A bonus point from Welford Road is at least something to take away from the game but it will be scant consolation for Neil Doak’s men. Silly errors and a malfunctioning line-out made it next to impossible to claim a win and in all honesty, they were quite lucky to claim a bonus point at all.

And finally, Christian Wade is definitely faster than Ian Madigan

The Big Reviewski || JOE · The Big Reviewski with Ray Liotta, Goodfellas facts & Tom Hanks making us cry
popular
The JOE Friday Pub Quiz: Week 262
One of the most-anticipated movies of the last few years is finally available to watch at home this week
QUIZ: The Ultimate Movie Gangster Quiz
A new bank holiday may be on the way as part of this year's Budget
Tom Duffy's Circus looking to hire some clowns
Taoiseach "concerned" about Brexit affecting Christmas deliveries to Ireland
Waterford has been crowned as the best place to live in Ireland
You may also like
7 months ago
Defence grows for Billy Burns after one of the roughest days of his rugby career
7 months ago
Major upside to Ireland's Six Nations challenge that should make all the difference
7 months ago
John Cooney comes to defence of JJ Hanrahan after kicking criticism
8 months ago
Cardiff conversation that proved Paul O'Connell always put the team first
8 months ago
Ian Keatley on Ronan O'Gara's deadpan advice and his most treasured Munster jersey
8 months ago
All roads lead to Cheltenham after a busy Christmas period of shocks
Next Page