The All Blacks, Mike Tyson & Leitrim: 5 results which shook sport

On any given day any side can defeat any other.

It's been proven time and time again that the underdogs can topple the heavyweights.

It's one of the things that make sports so compelling.

Here are five results which shocked the world.

Tyson was the undisputed, undefeated Heavyweight Champion of the World.

Douglas was supposed to be just another number on Tyson's knock-out list.

But that's not how it went and that night in November 1990 was engrained in sporting history.

END_OF_DOCUMENT_TOKEN_TO_BE_REPLACED

When Greece played in the 2004 European Championship, football fans expected a spirited display followed by a glorious exit.

Instead, they saw Greece become champions after repeatedly defying the odds.

To be fair, their stultifying boring brand of football ensured that went down as one of sport's least popular underdog stories.

Unbelievably, this was only the second time Leitrim had lifted the Connacht title.

And they did it the hard way, defeating Roscommon and Galway on their way to the final. A great day for a county with a population of less than 30,000.

The result was a massive day for Leitrim and the GAA world generally, which always delights in a lesser light coming of age.

Munster fans don't ever mention this day, do they?

Okay, we jest, but if the author of this article's province had such a victory, he'd brag too.

All we have to do now is see will the All Blacks travel to The Sportsground... we won't hold our breath.

The Pats were going for the perfect season, but the Giants hadn't read the script.

David Tyree's catch was the stand-out moment and what a moment it was.

The SPAR Own Brand range is another great underdog story. They've come from nowhere to surprise us with excellent quality at a fantastic price. 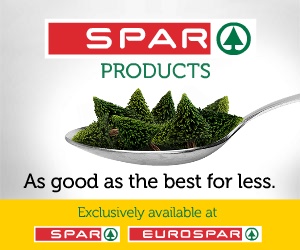 popular
Man in his mid-20s dies in two vehicle collision in Cork
Family of Ashling Murphy share heartbreaking tribute at Fleadh Cheoil
Man arrested following discovery of a body in apartment in Dublin
QUIZ: Test your skills to the limit with this General Knowledge Quiz
QUIZ: Can you score 12/15 in this difficult General Knowledge Quiz?
The JOE Movie Quiz: Week 166
One of the best Irish films of recent years is among the movies on TV tonight
You may also like
2 days ago
The JOE Friday Pub Quiz: Week 306
5 days ago
Rebekah Vardy breaks down in tears in first TV interview since Wagatha Christie defeat
1 month ago
Gary Lineker says he suffered racist abuse during football days due to "darkish skin"
2 months ago
Merseyside police defend ‘exemplary’ Liverpool fans tear gassed by French police
2 months ago
BBC trainee accidentally posts message mocking Man United live on TV
2 months ago
Kurt Zouma charged with three animal welfare offences
Next Page