The draw for the next round of the qualifiers was made on Morning Ireland earlier...

All four teams in the draw picked up impressive wins over the weekend. Armagh knocked out rivals Tyrone, Clare hammered Carlow, Kildare were comfortable winners over Down and Roscommon had 11 points to spare over Cavan.

The draw for the All-Ireland Senior Football Championship Round 3B qualifiers is as follows:

Roscommon and Clare have home advantage and the times and dates will be confirmed later. 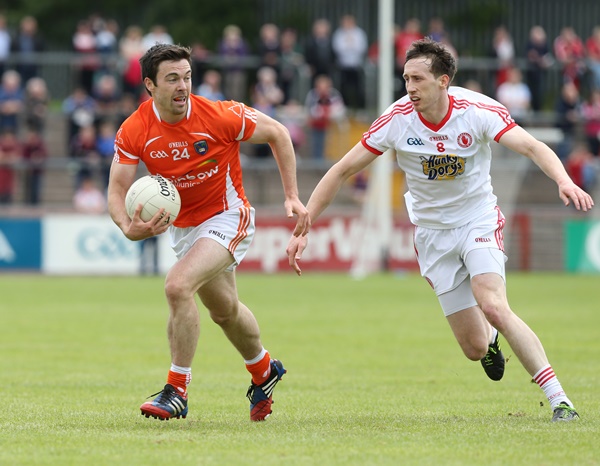 The draw for the All-Ireland Senior Football Championship Round 4A qualifiers is as follows:

Those games will be played on July 26 in a neutral venue.

popular
One of Liam Neeson's best ever performances is among the movies on TV tonight
Doctor Strange actress Zara Phythian receives 8 years for child sexual abuse
Eurovision producers reveal "irregular voting patterns" during Saturday night's final
QUIZ: Try out one of our trickiest General Knowledge Quizzes yet
Coleen Rooney calls Rebekah Vardy's leaked texts read in court "pure evil"
The six Eurovision countries with "irregular voting patterns" have been revealed
Amazon Prime Video has just added 21 big movies to its library
You may also like
5 days ago
Limerick hurler arrested following alleged altercation with Tipperary player in Limerick pub
3 weeks ago
Woman in her 20s dies after accident during Camogie match
7 months ago
Wicklow GAA to investigate fight after Under 15 match on Saturday
1 year ago
Post-match celebrations and a lack of social distancing at certain events put club game on hold
1 year ago
Cork GAA pleads with clubs and supporters “not to engage in celebrations that breach current guidelines”
1 year ago
What's the Bronco test and why it may come up in conversation this week
Next Page