The Noise From Brazil: Maradona responds with the finger of God, Ghana under investigation and JOEpan on the brink

Diego Maradona was accused of being a jinx by the President of the Argentinian Football Association, and of course, he responded accordingly....live on TV. 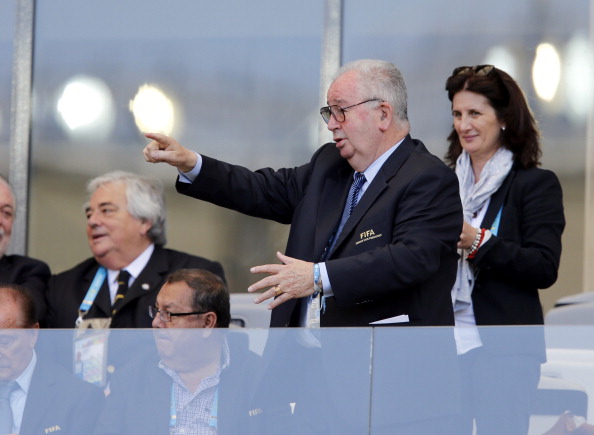 The President of the Argentinian FA, Julio Grondona (pic above) said that the late, late goal by Messi against Iran was scored because Maradona had left the stadium. Maradona had left a couple of minutes before the decider and was accused of being a jinx on the team. The great man (Maradona of course) was working for Venezuelan TV and responded live on air to the accusations from Grondona:

END_OF_DOCUMENT_TOKEN_TO_BE_REPLACED

“Poor, stupid man. This is Messi’s merit, not because I left,” Maradona added.

Ghana under investigation on match fixing

Sensational story alert. A Channel Four documentary team working with the Daily Telegraph are claiming that their undercover investigation identified two people, one a licensed agent of world governing body Fifa and the other a Ghana club official, who said they could fix friendly matches involving the national side, who are currently involved in the World Cup. 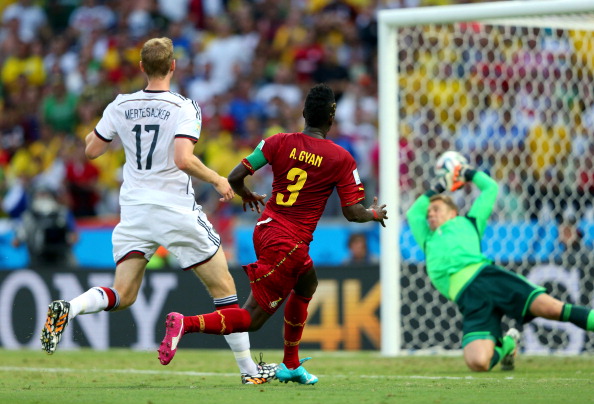 Ghana, who were sensational against Germany on Saturday in a pulsating 2-2 draw (pic above), have vehemently denied the allegations. They responded to the accusations by asking their police to investigate the journalists who reported the story. The Ghana FA released a statement saying "The Ghana Football Association has requested the Ghana Police Service to investigate two persons for misrepresenting the GFA with an attempt to defraud."

"The two were also allegedly filmed claiming that they would bribe GFA officials to ensure that the contract is signed. We wish to state that the GFA did not sign the contract as we waited for the response from the legal committee and that the two gentlemen did not make such corrupt offers to the GFA or its officials.We wish to assure the public that we will not tolerate such misrepresentations and we will seek strong sanctions against such individuals if such claims are found to be true."

END_OF_DOCUMENT_TOKEN_TO_BE_REPLACED

It's important to note that none of the match-fixing allegations centre around the World Cup and that they are levelled at friendly matches involving the team. It'll be interesting to see how this one pans out though.

Japan to go out with a bang?

Our beloved JOEpan face elimination from the World Cup unless they can beat the mightily impressive Colombia in their final group game in the heat of Cuiaba tomorrow. Oh, and of course they'll need Greece to take some points off the Ivory Coast too. Tall order maybe, but if this World Cup has taught us anything, it is to expect the unexpected. Their brilliant fans deserve it! 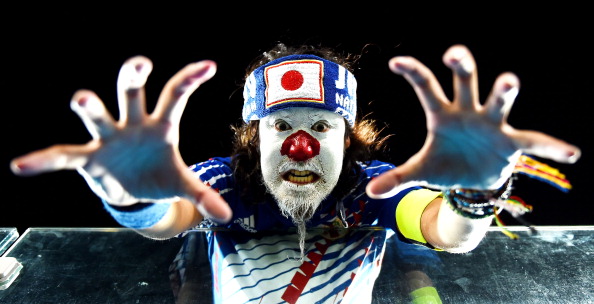 They've lacked their usual zest in the tournament so far, but we remain ever confident and we think this is the time that the team from the land of the rising sun will come out with all guns blazing against Colombia and if they are to go out, at least go out with a bang.

The Big Reviewski || JOE · Emile Hirsch on Tarantino, a Speed Racer sequel, and new Irish horror Son
popular
QUIZ: Which countries are home to the New Seven Wonders of the World?
The 50 most iconic songs of all time* have been revealed
Eoghan McDermott to leave RTÉ after six years (Report)
The JOE Movie Quiz: Week 91
People think they've figured out the ranking of the viewers on your Instagram Stories
The JOE Pub Quiz: Week 233
PICS: The man with the biggest penis in the world has one unbelievable problem with it
You may also like
2 days ago
EA Sports bans Irish FIFA player who racially abused Ian Wright for life
1 week ago
TOWIE star Mark Wright is officially the worst player on FIFA 21
3 weeks ago
Jamie Carragher reacts to hilarious TikTok remix combining on-air yelp with John Legend song
3 weeks ago
Roy Keane reacts to the dancing Keano FIFA TikTok meme
1 month ago
Watch the official trailer for Netflix's hotly anticipated Pelé documentary
1 month ago
A documentary about Pelé is coming to Netflix next month
Next Page