#TheToughest: Is there anything Gaelic football should take from soccer?

With Jeff Stelling and Chris Kamara over to learn about Gaelic football maybe we can admit that there are some aspects of soccer that could work in the GAA.

Purists will say no but hey, how can you be a revolutionist when you’re stuck in the past?

Also, we already have the red and yellow cards, so the proces has begun.

Here are a few more things that Gaelic football could consider bringing into the game. 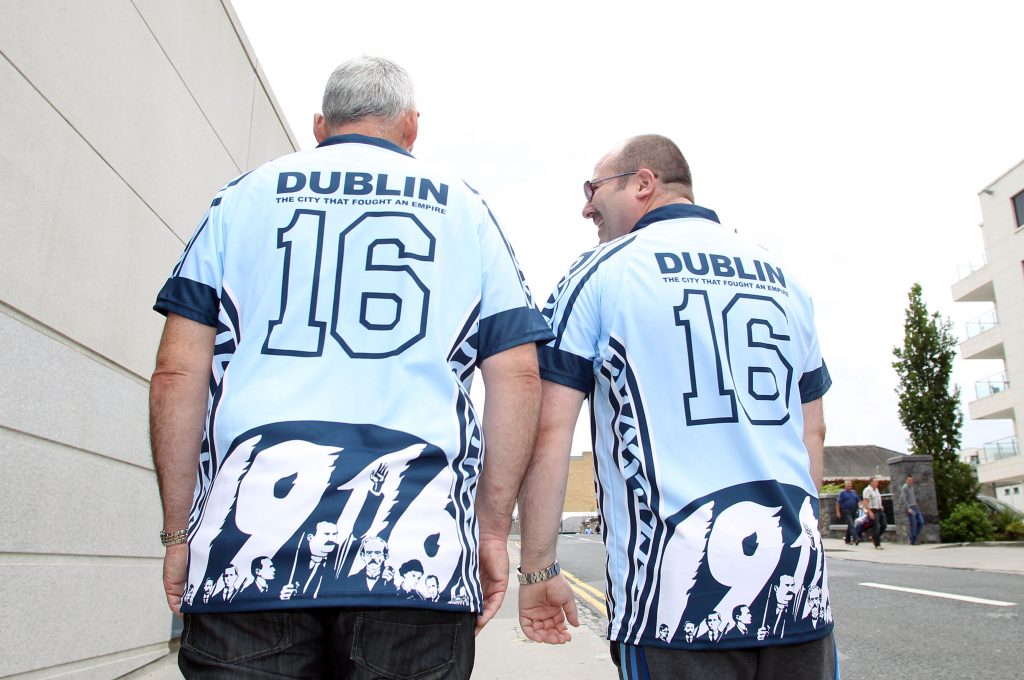 END_OF_DOCUMENT_TOKEN_TO_BE_REPLACED

Nothing worse than going to Croke Park and spending half the time looking at the programme trying to match a player’s number to a player name.

All this could simply be resolved with squad numbers and a name on the back of the jersey, no more looking to see who that Kerry number 23 because he looks fierce familiar.

Mic up the umpires 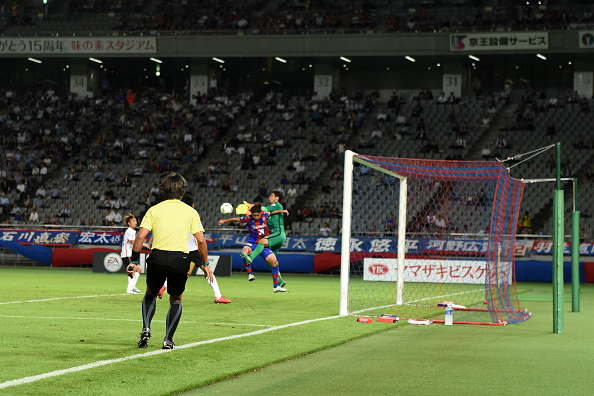 We love our umpires but let’s either get some end line referees in there or give the lads some more authority.

A thankless job needs a bit more responsibility and a few more pairs of eyes to help the referee wouldn't go amiss. 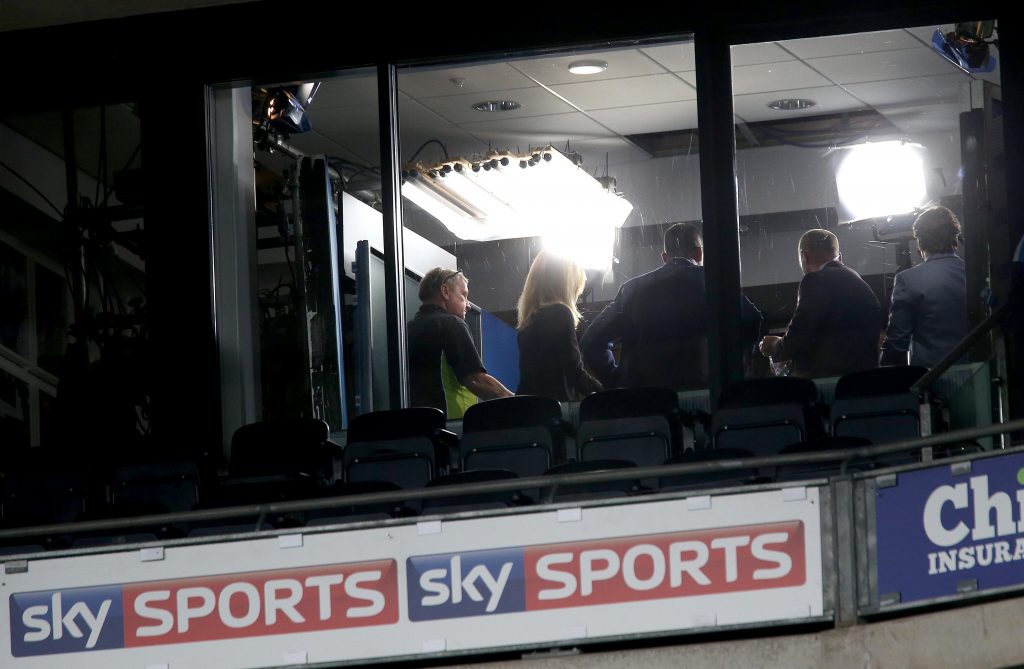 When your team isn’t on TV the next best thing is constant updates. Local radio stations do the Lord's work in terms of cracking commentary but we live in the age of television.

A Soccer Saturday style show where you have Jim McGuinness,  James Horan and Peter Canavan giving live updates with Dick Clerkin reporting live from a venue (a la Chris Kamara) would be deadly.

It would be very handy when the five million qualifier games take place throughout June and July. 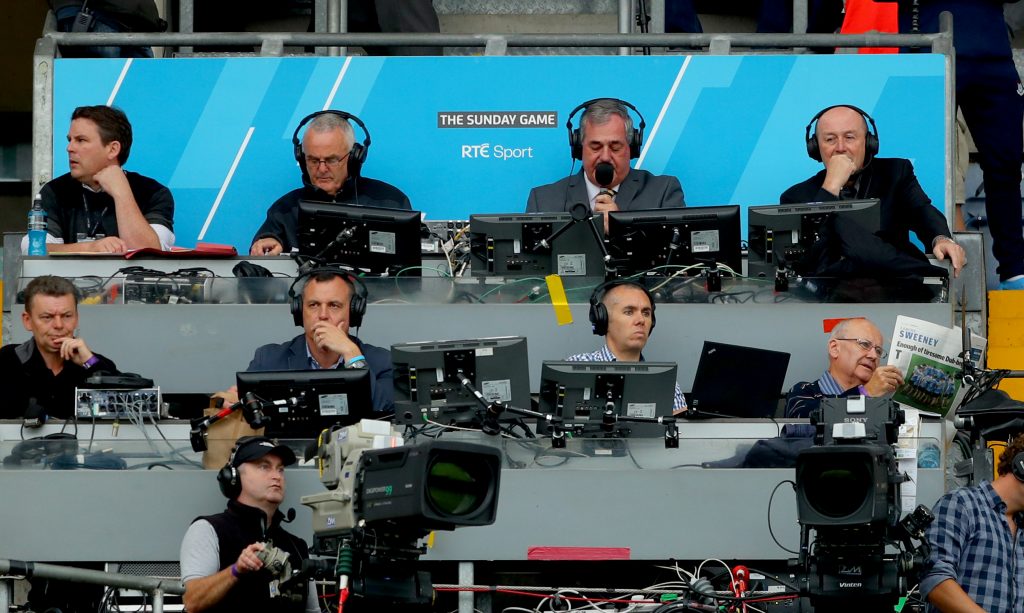 What would be even better than a Soccer Saturday style show is more games to choose from.

We are at an age where there is more GAA coverage than ever before courtesy of RTÉ, Sky Sports, Eir Sports and even GAA Go for the Irish abroad but there could always be more.

Nobody would complain if there was an option to be able to watch most of the qualifiers, who doesn’t love spending their weekend on a couch supporting their county? 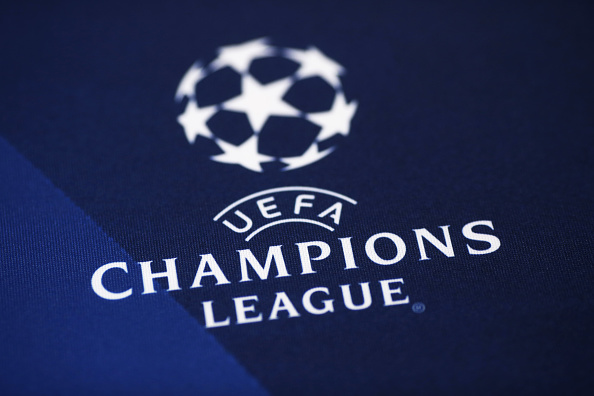 The new Super 8 format is coming in from next year so a Champions League style Championship is sort of happening but not quite.

It would be pretty cool to see all the teams compete in groups of four and the best qualify. More chances to see your county play rather than be out of championship after just a couple of matches. 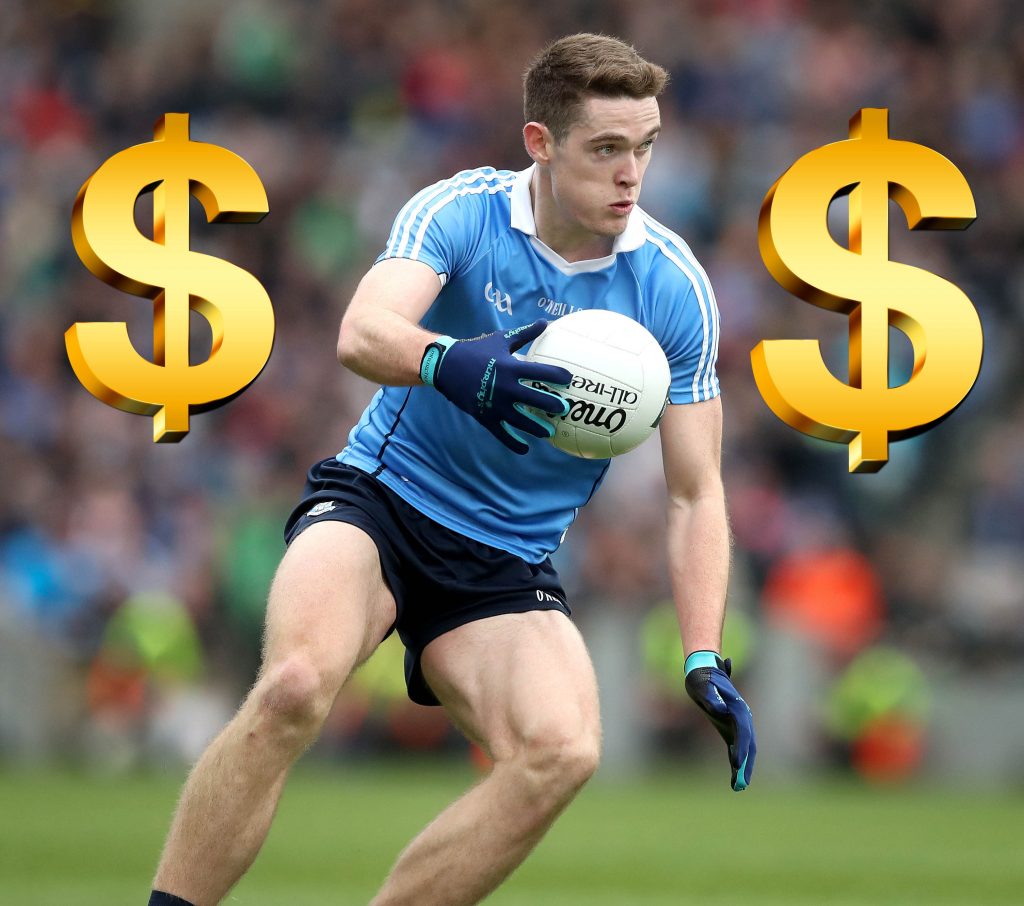 Intercounty players put a lot of hours into making it in their sport so maybe they should be reimbursed for it.

Footballers and hurlers alike are close to being on par with Premier League players in terms of athleticism and fitness so why not go one step further and make them full time. 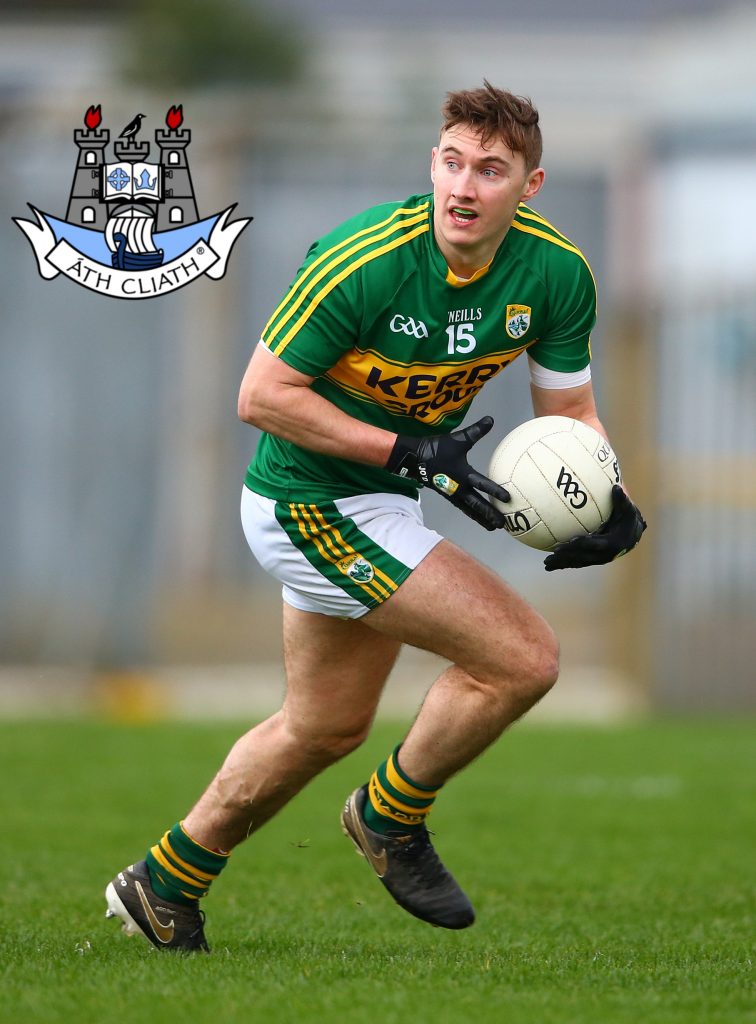 We’ve already listed who are the most valuable players in GAA, let’s throw this play for your county pride out the window and bring in big money transfers.

Think of the drama and the politics - James O’Donoghue being branded a Judas for moving to Dublin, Westmeath doing shrewd business in securing the services of Brendan Murphy and Mayo being like Arsenal, always promising a big summer signing but never following through. 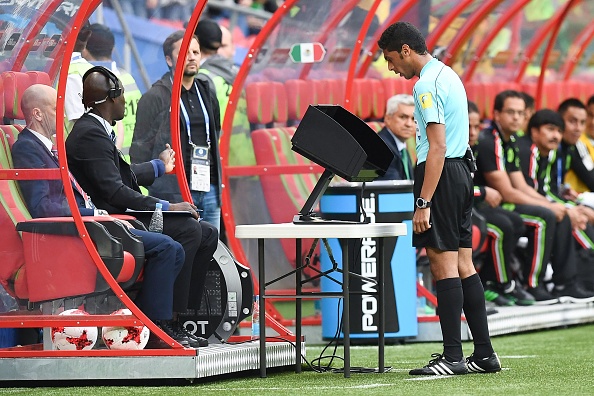 It didn’t get off to the best of starts at the Confederations Cup but there’s potential.

Nip this recent craze of eye gouging in the bud, controversial fouls and officials being pushed could be handled there and then - all on the big screen of Croke Park or on a little pitch side screen but that wouldn’t be as fun. 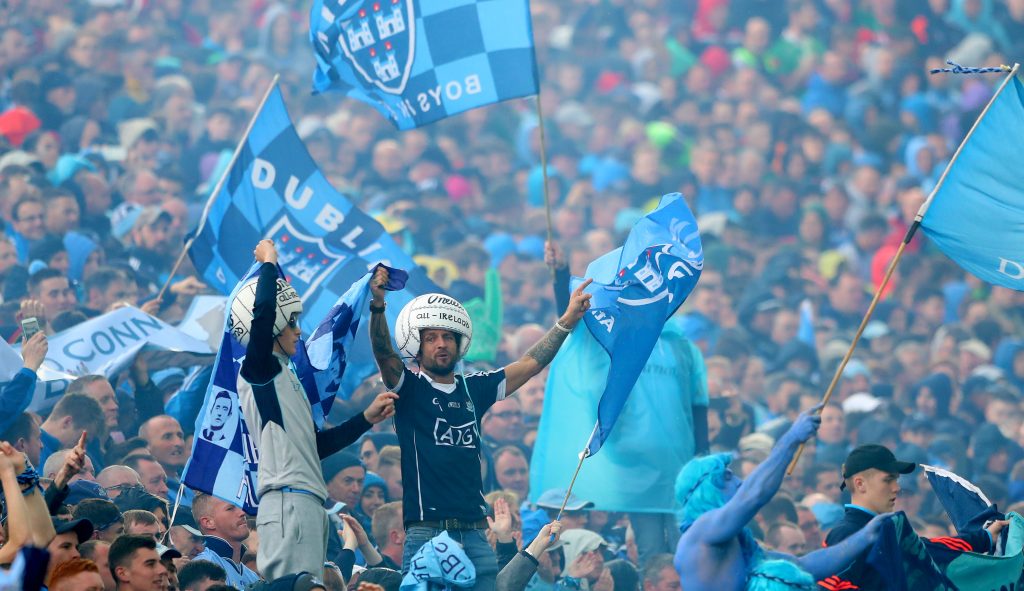 There have been a few decent GAA chants in the past. Love them or loathe them but the Dublin fans usually come up with the goods.

Classics such as "Boom Boom! Let me hear you say Jayo" (Jayooo) and "Hill 16 is Dublin only" are cult classics but there hasn’t been a new one in a while.

GAA fans it is time to get creative, put Diarmuid Connolly’s name to the tune of Despacito, rhyme Paul Geaney with the River Slaney (we know geographically there are problems here but it can work) and Mayo fans need to chime out support for Aidan O’Shea whenever he gets criticised again.

popular
The JOE Friday Pub Quiz: Week 307
WATCH: Flight makes scary 'lowest ever landing' at Greek airport, narrowly avoiding plane spotters
Netflix has just added an incredibly tense 97-minute thriller
Danny Healy-Rae insists the Puck Fair goat is safe and well looked after
Shooting stars set to light up Ireland's skies this weekend
Actress Anne Heche "not expected" to survive coma following car crash
A great underseen action thriller is among the movies on TV tonight
You may also like
4 years ago
A fiery Dick Clerkin team talk left Jeff Stelling more pumped than the players
4 years ago
Chris Kamara attempts a 45, ends up pulling hamstring and clocking a tractor
5 years ago
Join The GAA Hour in Westport for a Mayo-Kerry preview in the company of legends
5 years ago
Jeff and Kammy witness one of Mícheál Ó Muircheartaigh's greatest ever lines
5 years ago
Chris Kamara tries to pronounce Mícheál Ó Muircheartaigh... you know the rest
5 years ago
Promo for Jeff Stelling and Chris Kamara's Journey to Croker looks unreal
Next Page