Third in the table Munster host a Leinster side one place below them and both coaches have named strong teams with a raft of internationals back in the fold ahead of the opening fixtures of the Heineken Cup campaign next weekend.

Thomond will hold little fear for Matt O’Connor’s men as they have won the last two fixtures in Limerick and are going for a third successive victory on Munster soil for the first time since 1971.

Here are three things to watch out for in what promises to be a ferocious battle.

A Lote of pressure without BOD

END_OF_DOCUMENT_TOKEN_TO_BE_REPLACED

A calf strain picked up in training has meant that Brian O'Driscoll is touch and go for the Heineken opener and misses out on perhaps his final chance of playing at Thomond Park in Leinster colours. After an excellent outing against Cardiff at the RDS, he will have been itching to take on Munster, but his jersey will now go to Lote Tuqiri, who himself picked up an injury against Glasgow on his debut. 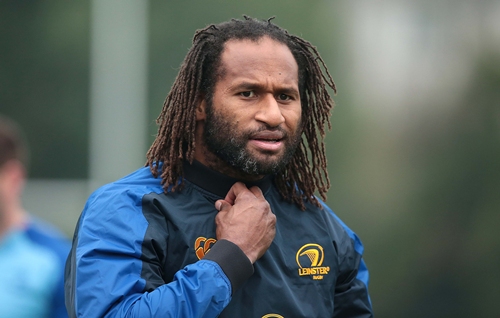 He will form a new midfield partnership with Gordon D’Arcy, and with Casey Laulala and James Downey in opposition, there will be no shortage of experience between the four men.

We wouldn’t expect anything flash in midfield, but Tuqiri has the potential to put the Munster defence on the back foot.

END_OF_DOCUMENT_TOKEN_TO_BE_REPLACED

It has been well documented that Rob Penney has been attempting to implement an expansive attacking strategy once parity up front has been achieved, while the Leinster mantra under Matt O’Connor is unlikely to change from Joe Schmidt’s offensive strategy.

These games are often forward dominated, but should the ball make its way further out the field, we could be in for a real treat.

In Ian Madigan and Eoin Reddan, Leinster possess arguably the most potent half back partnership in the PRO12, and with Jimmy Gopperth making an impressive start in a blue jersey and Isaac Boss also in reserve, the options are plentiful.

END_OF_DOCUMENT_TOKEN_TO_BE_REPLACED

For Rob Penney, Conor Murray returns for a place on the bench as Duncan Williams and the coach has heaped praise all week on Ian Keatley as he held off the challenge of JJ Hanrahan for the pivotal position.

Keatley and Madigan bring very different qualities to the table but with many of the these games hinging on such fine margins, the two 10s could have the biggest influence on proceedings.

The Big Reviewski || JOE · TBR Spotlight: The Falcon and the Winter Soldier Episode Four - 'The Whole World is Watching'
popular
The 50 most iconic songs of all time* have been revealed
The JOE Movie Quiz: Week 97
The JOE Friday Pub Quiz: Week 238
Thunder Force review: somebody needs to stop letting Melissa McCarthy's husband make movies
PICS: The man with the biggest penis in the world has one unbelievable problem with it
Irish mobile network GoMo launches new €14.99 per month "for life" offer
The Falcon and the Winter Soldier is on the precipice of dealing with an incredibly sensitive topic
You may also like
2 months ago
Major upside to Ireland's Six Nations challenge that should make all the difference
2 months ago
John Cooney comes to defence of JJ Hanrahan after kicking criticism
3 months ago
Cardiff conversation that proved Paul O'Connell always put the team first
3 months ago
Ian Keatley on Ronan O'Gara's deadpan advice and his most treasured Munster jersey
4 months ago
Springboks legend must have the greatest jersey swap collection in rugby
4 months ago
Racing club membership the ideal Christmas present for any dreamer
Next Page