One name stands out as a very interesting shout.

In just over two weeks time,  Euro 2016 will kick-off and the tournaments expanded format has meant that for the first time ever, TV3 will be broadcasting the European Championships.

The station has just announced their panelists and there are some very interesting names on the list.

END_OF_DOCUMENT_TOKEN_TO_BE_REPLACED

Joey Barton is rarely shy about expressing his opinion and the former Man City, QPR and Marseille midfielder is an extremely interesting addition alongside Keith Andrews and Emma Byrne - the first time a national broadcaster has included a female analyst on its UEFA Euro’s panel. 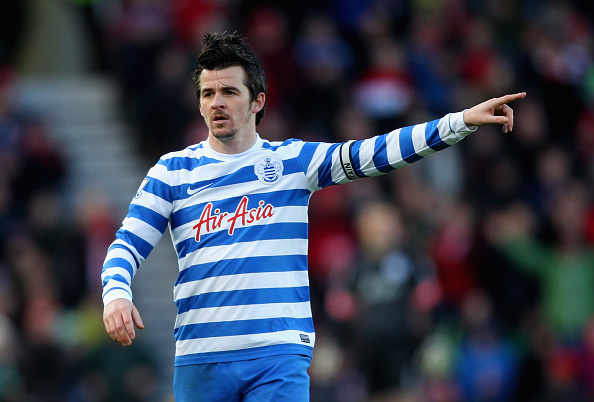 TV3’s regular panel of experts are also returning with Graeme Souness, Neil Lennon and Kevin Kilbane all offering their expert insight and commentary. Harry Redknapp, Gerry Armstrong and Lawrie Sanchez will also be entertaining Irish audiences during this festival of football in France.

Here's the other matches that they're showing.

The Big Reviewski || JOE · Wonder Woman 1984 star Kristen Wiig & director Patty Jenkins on comedy, Cats & handsome Irishmen
popular
QUIZ: Can you name the Marvel Cinematic Universe film from just a single screen shot?
QUIZ: Can you pass your driving test and guess the meaning of all these road signs?
The JOE Movie Quiz: Week 85
The JOE Friday Pub Quiz: Week 226
QUIZ: Can you recognise each of these iconic Dublin pubs?
QUIZ: Can you correctly identify these European country flags?
Recall of Pedigree dog food over safety concerns
You may also like
2 days ago
A documentary about Pelé is coming to Netflix next month
5 days ago
Mum's anger at state of £30 free school meals package in the UK
2 weeks ago
UK records highest daily total of new Covid-19 cases
1 month ago
EA Sports respond to 'baseless' lawsuit over alleged scripting in FIFA 21
1 month ago
Horrific F1 crash sees driver emerge unscathed with car engulfed in flames
1 month ago
Jurgen Klopp argues with BT Sport interviewer over kick off times
Next Page