Only one GAA player failed a doping test last year

There were 95 tests in total.

Sport Ireland has released findings of the doping tests that they carried out last year and three athletes, one of whom is a GAA player, was found in breach of the rules. Last year, Sport Ireland conducted 1028 tests overall, including 295 blood tests.

Regarding the GAA, there were 95 tests in total - 44 in competition and 51 out of competition - with just one player failing their doping test after testing positive for Stanozolol which is a anabolic steroid. 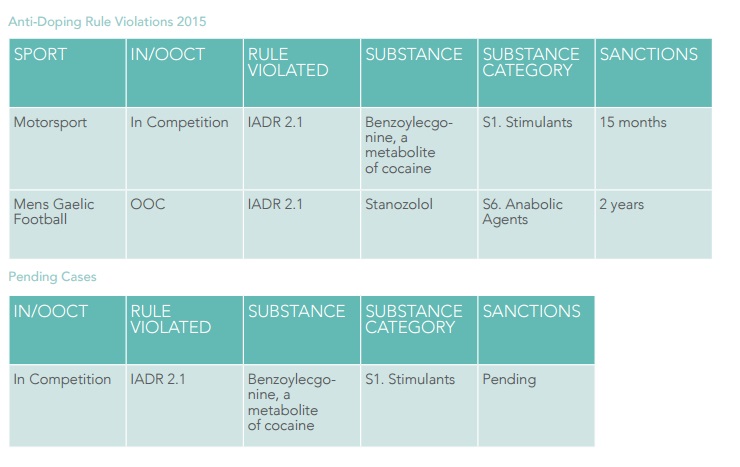 END_OF_DOCUMENT_TOKEN_TO_BE_REPLACED

Sport Ireland says that it’s moving away from the emphasis on in-competition testing, with the majority of tests now occurring out of competition.

John Treacy CEO, Sport Ireland commented “Our aim is to drive and support stakeholders to create a a safe environment that will nurture young people and allow them to excel in their chosen sport. This can only be achieved through promoting the spirit of sport and collaboration with stakeholders in the areas of education, testing, intelligence and investigations”.

popular
New Netflix series deserves to be as big as Stranger Things
Netflix has just added one of the best sci-fi movies of recent years
BBC apologises after calling Paul Mescal 'British' in Oscar coverage
This is what the cheapest house for sale in Dublin looks like
Irish names among the top 10 hardest words for British people to pronounce
The 50 most iconic songs of all time* have been revealed
Barry Keoghan mentioned in UK Parliament speech during government debate
You may also like
3 months ago
Brendan Óg Duffy's father speaks powerfully about his son's death
3 months ago
Gardaí investigating alleged assault on under-9 GAA player at children's sports event
4 months ago
Roscommon GAA confirms investigation into alleged assault on referee during juvenile game
6 months ago
Looking for a hotel room for the All-Ireland Final weekends? It won't come cheap...
6 months ago
Taoiseach condemns "disturbing" fight at Galway v Armagh game
8 months ago
The 2 Johnnies share unbelievable catfish ordeal affecting over 40 people
Next Page