Tyson Fury upset the odds last weekend by beating longtime heavyweight world-champion Wladimir Klitschko on a decision after the pair went the full 12 rounds together.

Fury, who was raised in Manchester, is of Irish heritage through both of his grandparents - and today expressed his desire to have a fight in front of an Irish crowd in Dublin's historic Croke Park. 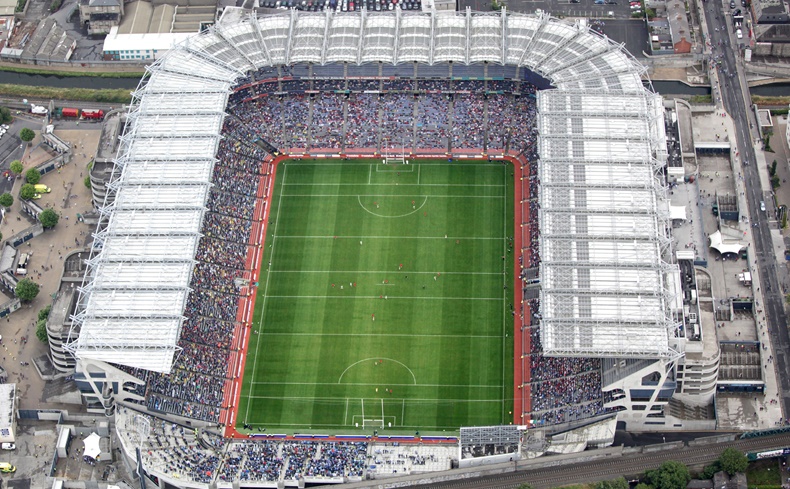 END_OF_DOCUMENT_TOKEN_TO_BE_REPLACED

Well, if Conor McGregor's recent quotes are anything to go by, we'll be seeing Fury fight in Croker before we see McGregor.

The Big Reviewski || JOE · The Big Reviewski with Y: The Last Man, that Malignant ending & a secret streaming service
popular
Aer Lingus announces flight sale as US to lift travel ban for vaccinated EU passengers
Cork City Centre described as a "no go area" after man pulled from wheelchair in violent attack
The Big Reviewski JOE Movie Quiz: Week 120
The 50 most iconic songs of all time* have been revealed
WATCH: Margaret Thatcher was briefly resurrected at the Emmy Awards
The weather for the week ahead looks very autumnal indeed
The JOE Friday Pub Quiz: Week 261
You may also like
1 month ago
Round up of the best tweets as Irish people all over the world celebrate Kellie Harrington's Olympic win
4 months ago
Brawl erupts between Floyd Mayweather and Jake Paul at press conference
8 months ago
Kate Abdo steals the show at Garcia-Campbell with bizarre compliment
10 months ago
Eddie Hearn heaps praise on Katie Taylor, calling her "the role model"
1 year ago
Mike Tyson reveals how he's been getting in shape for Roy Jones Jr fight
2 years ago
How boxer Tony Bellew lost a stone and a half after retiring from the ring
Next Page