Safe to say The Beatles are still the most popular scoucers in the US.

Steven Gerrard has touched down in LA ahead of his American adventure with the LA Galaxy and it wasn't exactly rivalling Beatlemania in terms of fanfare.

We were shocked to see that Robbie Keane wasn’t there though with a gigantic ‘Welcome Stevie’ banner in hand but the Irish skipper wasn’t the only one notable in his absence. 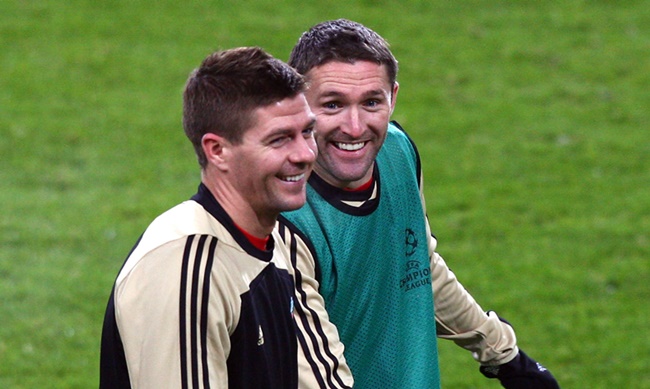 END_OF_DOCUMENT_TOKEN_TO_BE_REPLACED

A handful of fans came out to greet the 34-year-old as he landed and was kind enough to a couple of shirts.

Take a look at his arrival but there's definitive proof that Darius Vassell is a bigger deal than the Liverpool icon.

Now look at Vassell’s greeting after signing for Turkish side Ankaragücü. Football fans can be strange people.

Clips via - WebTV58 and Yasin Armutcu