Was Robbie on the razz in Malahide last night?

The man in the picture above is said to be Irish skipper Robbie Keane, who was reportedly belting out Garth Brooks tunes in a Malahide bar late last night.

If it is indeed Robbie, we can nigh on guarantee that he will not be fit for Ireland’s crunch clash with Armenia tomorrow night, considering that he was hardly given license to hit the town less than 48 hours before Ireland’s most important game in two years and Giovanni Trapattoni’s well-known dislike of his lads going on the lash.

The picture was posted late last night by @MeathisSpecial, who identifies himself only as a proud Meath man, and although it is hardly of the highest quality and could of course have been subjected to some extensive photoshopping, a closer inspection of the image reveals a remarkable likeness to the Irish captain and LA Galaxy striker.

END_OF_DOCUMENT_TOKEN_TO_BE_REPLACED

Murphy retweeted the message to his 3,400+ followers and replied to @MeathisSpecial saying: “Is that actually Robbie Keane??!! Certainly looks like him...”

The proud Meath man responded and attached another photo (see below) of Keane on the stage, saying: “It's him alright. Here's a better photo. On a plus side, Loose Change the band are top class.” 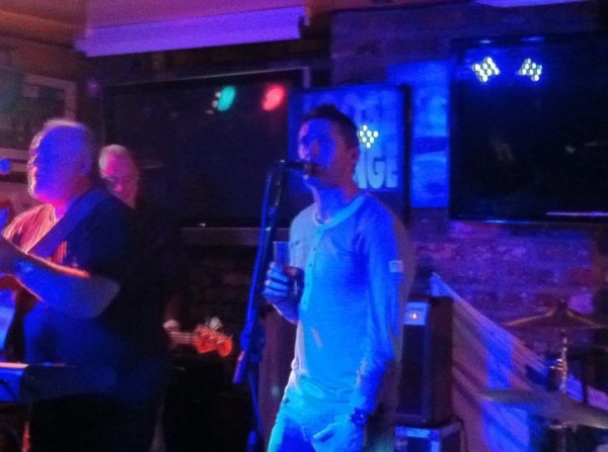 END_OF_DOCUMENT_TOKEN_TO_BE_REPLACED

Before we get all high and mighty in our rush to criticise the Irish skipper (it if is indeed him in the picture), it should be remembered that Keane had been all but ruled out of the Armenia game yesterday, with Marco Tardelli saying that the Irish management were ‘hopeful’ that he could recover from what was described as an adductor muscle injury, or in layman’s terms, a pain in the ass.

popular
Disney+ has just added 10 big movies to its library
25 years ago, Sylvester Stallone delivered his best performance in a hard-hitting crime drama
The 50 most iconic songs of all time* have been revealed
QUIZ: You'll do well to get 100% in this General Knowledge Quiz
Why Bran Stark is the true villain of Game of Thrones
Gardaí urge public not to share "upsetting" pictures of fatal assault of Paul 'Babs' Connolly in Westmeath
Netflix has just added an incredibly tense 97-minute thriller
You may also like
1 week ago
The JOE Friday Pub Quiz: Week 306
1 week ago
Rebekah Vardy breaks down in tears in first TV interview since Wagatha Christie defeat
1 month ago
Gary Lineker says he suffered racist abuse during football days due to "darkish skin"
2 months ago
Merseyside police defend ‘exemplary’ Liverpool fans tear gassed by French police
2 months ago
BBC trainee accidentally posts message mocking Man United live on TV
2 months ago
Kurt Zouma charged with three animal welfare offences
Next Page