Brought to you by TV3.

We were never going to use it as an excuse and we haven’t and we won’t."

England ran out 34-7 winners over Ireland in the Women's Six Nations on Friday night in Donnybrook. With England turning professional this season, Ireland captain Niamh Briggs admitted that they brought an intensity to the game that was hard to match over the full 80 minutes.

END_OF_DOCUMENT_TOKEN_TO_BE_REPLACED

"As the girls said afterwards, you could live with it for a certain amount of time and in fairness to England, they took their chances when they came," Briggs said on last night's episode of The Clubhouse on TV3.

However, she refused to use Ireland's amateur status as an excuse for the loss.

"We said coming into this campaign that we are like the other countries. England are a professional entity and we were never going to use it as an excuse and we haven’t and we won’t." 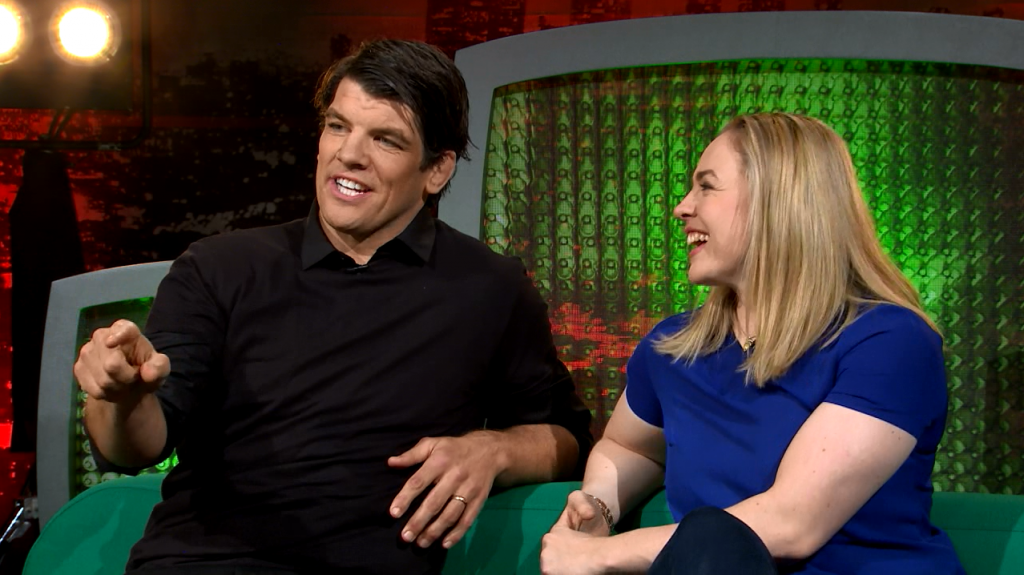 Briggs works as a Garda in Limerick, balancing her training around her day job. Presenter Joe Molloy pointed out that the show's other guest Donncha O'Callaghan could sit at home and watch TV while she was out working.

It turns out that the Worcester Warriors man is all about Countdown, in case you were wondering.

However, the Irish captain said that the players knew what they were getting into and that it's something they're used to.

END_OF_DOCUMENT_TOKEN_TO_BE_REPLACED

"So say I work six days on, four days off. On the four days off, I’m idle. I don’t really know what to do with myself."

Briggs added that balancing her work and rugby commitments is something that she's adapted to over the years.

"I like the fact that my days are structured and routine. I get up, I go to the gym in the morning, I go to work, I go back and train in whatever session it is and I go to bed."

The above clip is also notable for a verbal stumble from Joe Molloy, which Donncha O'Callaghan was quick to pounce on!

The next episode of Clubhouse will air on Tuesday at 10:30pm on TV3.

END_OF_DOCUMENT_TOKEN_TO_BE_REPLACED

popular
The 50 most iconic songs of all time* have been revealed
QUIZ: Can you answer all of Sinead and Daniel's questions on the Irish Celebrity Who Wants to be a Millionaire?
PICS: The man with the biggest penis in the world has one unbelievable problem with it
The JOE Music Quiz: Week 53
COMPETITION: WIN a 4K Blu-Ray box-set of the entire Game of Thrones series
QUIZ: How well do you remember the very first Game of Thrones episode?
The JOE Friday Pub Quiz: Week 239
You may also like
2 months ago
Major upside to Ireland's Six Nations challenge that should make all the difference
2 months ago
John Cooney comes to defence of JJ Hanrahan after kicking criticism
3 months ago
Cardiff conversation that proved Paul O'Connell always put the team first
3 months ago
Ian Keatley on Ronan O'Gara's deadpan advice and his most treasured Munster jersey
4 months ago
Springboks legend must have the greatest jersey swap collection in rugby
4 months ago
Racing club membership the ideal Christmas present for any dreamer
Next Page