The World Cup is better because Ireland isn't there

Football, its international tournaments in particular, can be transformationally powerful.

When Ray Houghton stuck the ball in the England net in 1988, he elevated an entire nation. It was a slap in the face to the roaring demons of 800 years. A pulverising "get back in your box" moment that helped establish Ireland as a formidable footballing nation in its own right.

At Italia '90, Jack Charlton was lambasted by some for his "route one" football — but at least route one is a plan of attack. Route one saw us match England, and the Netherlands, and beat Romania, and scrap with Italy in the last eight.

END_OF_DOCUMENT_TOKEN_TO_BE_REPLACED

If Jack Charlton was route one, our current game-plan is the equivalent of holding an upside down map written in a language we don't speak anyway.

Saipan tested the nation's psyche, and left many young people my age with longstanding abandonment issues. Nevertheless, captivating performances, including a rout of Saudi Arabia and well-deserved draw against Germany helped. We were a team who could lose on penalties to a Spain side featuring Raul, Fernando Morientes, Luis Enrique, Fernando Hierro, Iker Casillas and Carles Puyol and say we were hard done by.

And what made us that kind of team? We can tell ourselves it was heart or kind or any of the nebulous things we rely on now.

But you know what else that team had? Talent. Robbie Keane was lethal in front of goal — our record goalscorer by the age of 24. Damien Duff, no matter the opposition, was always marked by two men at a time — the kind of treatment that's reserved today's Messis and Neymars. Shay Given was Shay Given — a PFA Team of the Year quality goalie. Full backs Gary Kelly and Ian Harte had also been picked in the PFA Team of the Year, Kelly twice. Steve Finnan would soon go on to win a Champions League. Barcelona wanted to sign Gary Breen. People forget these things. Maybe because there's nothing about the current set-up to remind us that we were ever that good. 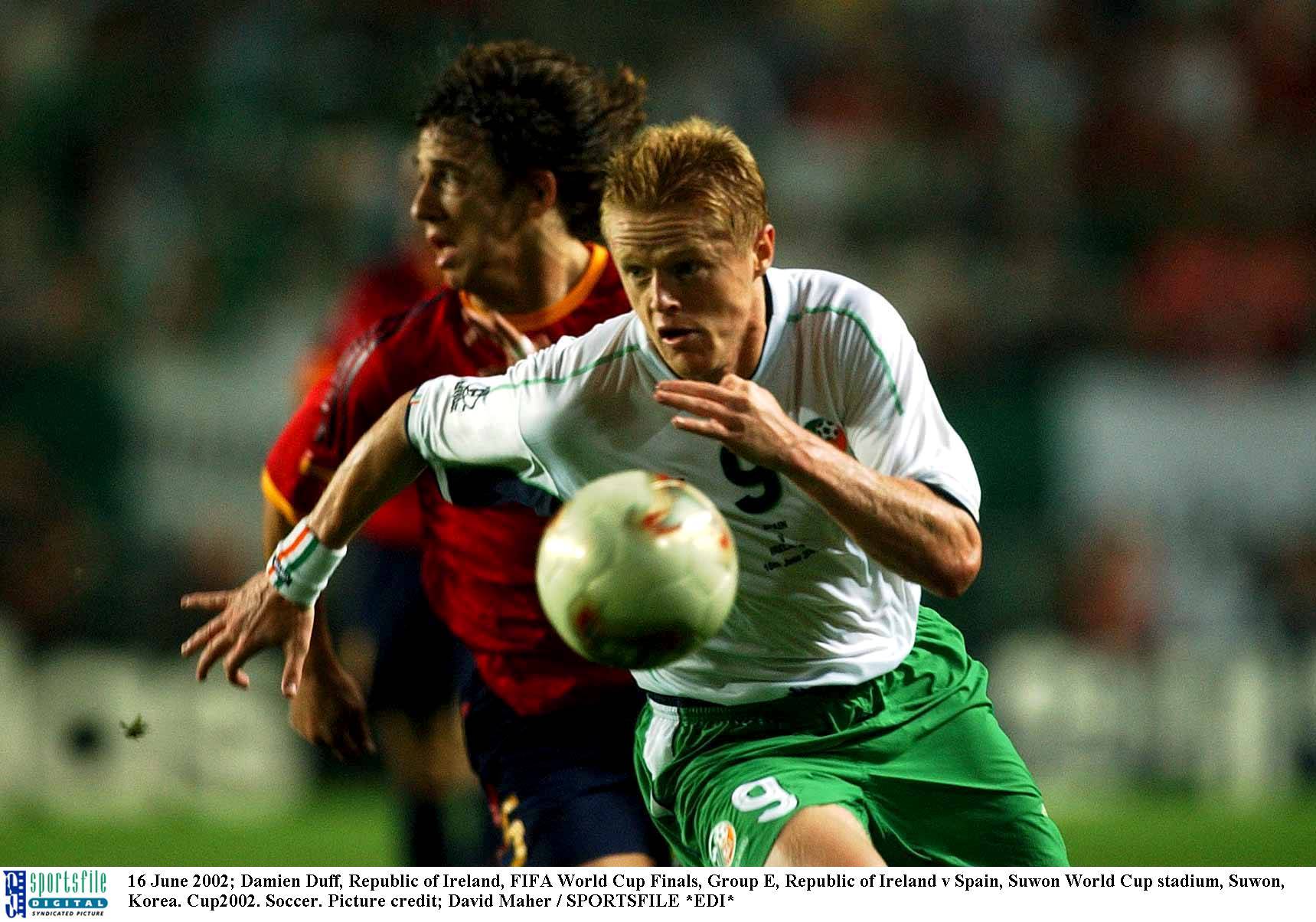 END_OF_DOCUMENT_TOKEN_TO_BE_REPLACED

Anyone who has spent their life following Ireland through ups and downs should be relieved we're not in Russia for the 2018 World Cup.

Something that matters to us this much should not be impacted by Martin O'Neill's decision whether to play David Meyler or Glenn Whelan. We don't need another chapter in this long story of unanswered prayers — especially not when even our most ambitious prayer would have been "Please Jesus, just give Wes the first half, even."

We don't need Eamon Dunphy berating us through our TV screens, telling us that nothing will change until we hire a manager who really cares about producing decent football. Of course, we all know that. We don't pick the manager. We don't pick the players. We just grit our teeth and turn up to the games and pray to God the other lads have the biggest off-day of their lives and Shane Duffy scores from a set-piece.

END_OF_DOCUMENT_TOKEN_TO_BE_REPLACED

As Roy Keane would have once noted, likely with a glint of gleeful menace in his eyes, we wouldn't be going in the hope of winning. The exact same attitudes that saw Roy storm home from Saipan still hold us back today. Keane once castigated Ireland's players, management and fans for simply being happy to be there. Under his guidance, Ireland's style could be better summed up as "unhappy to be anywhere at all."

We used to hammer the bottom seed teams and minnows like Moldova. Now we watch Ireland against Moldova and think "Well yeah they probably have more technical ability but we should have the experience to see this one out." That is how we rationalise shithousing our way to a nervy win over a team ranked 175th in the world.

Beyond the group stages, Christian Eriksen put us to the sword like a blondy Oliver Cromwell, like he didn't even have to think about it. Week in, week out, Eriksen is given tougher challenges by every defence in the Premier League, despite playing for a club side much stronger than Denmark.

Eriksen carved us to pieces and it was far and away the most entertaining Ireland match of the entire qualification campaign. At this World Cup, he scored a great goal against Australia and notched an assist against Peru, but by and large, all four teams he faced shut him down in a way that Ireland simply could not.

Teams that set up to win what should be easy matches by one goal, and draw the tough ones by the skin of their teeth, do not thrive at a World Cup — especially when teams like Wales, Austria, Georgia and Serbia meet your "tough one" criteria.

Serbia, who topped our qualification group, were put away in short order by Brazil and Switzerland and sent packing. They beat Costa Rica with one scorcher from Aleksandar Kolarov — the very same way they beat us at the Aviva in late 2017.

Ireland's bold strategy of giving our opponent as much of the ball as possible and hoping we score from a set-piece scramble is not how football is supposed to work. You can win a match by nicking a goal. But it's not how you approach a World Cup. It's not how you reward fans for getting behind you for an unbearably dull and dour two-year qualification campaign. It's not really football at all.

There will always be the breathy press of temptation to liken the journey to Italia '90 or 2002, or even 2o16. We all have Reeling In The Years footage of our parents in Opel jerseys dancing around pubs on file in our memories. We all want to be at the World Cup. But right now, it wouldn't be worth it.

The current Irish side is much more closer in quality to the team that played at Euro 2012 — comfortably Ireland's worst ever performance at a major tournament. 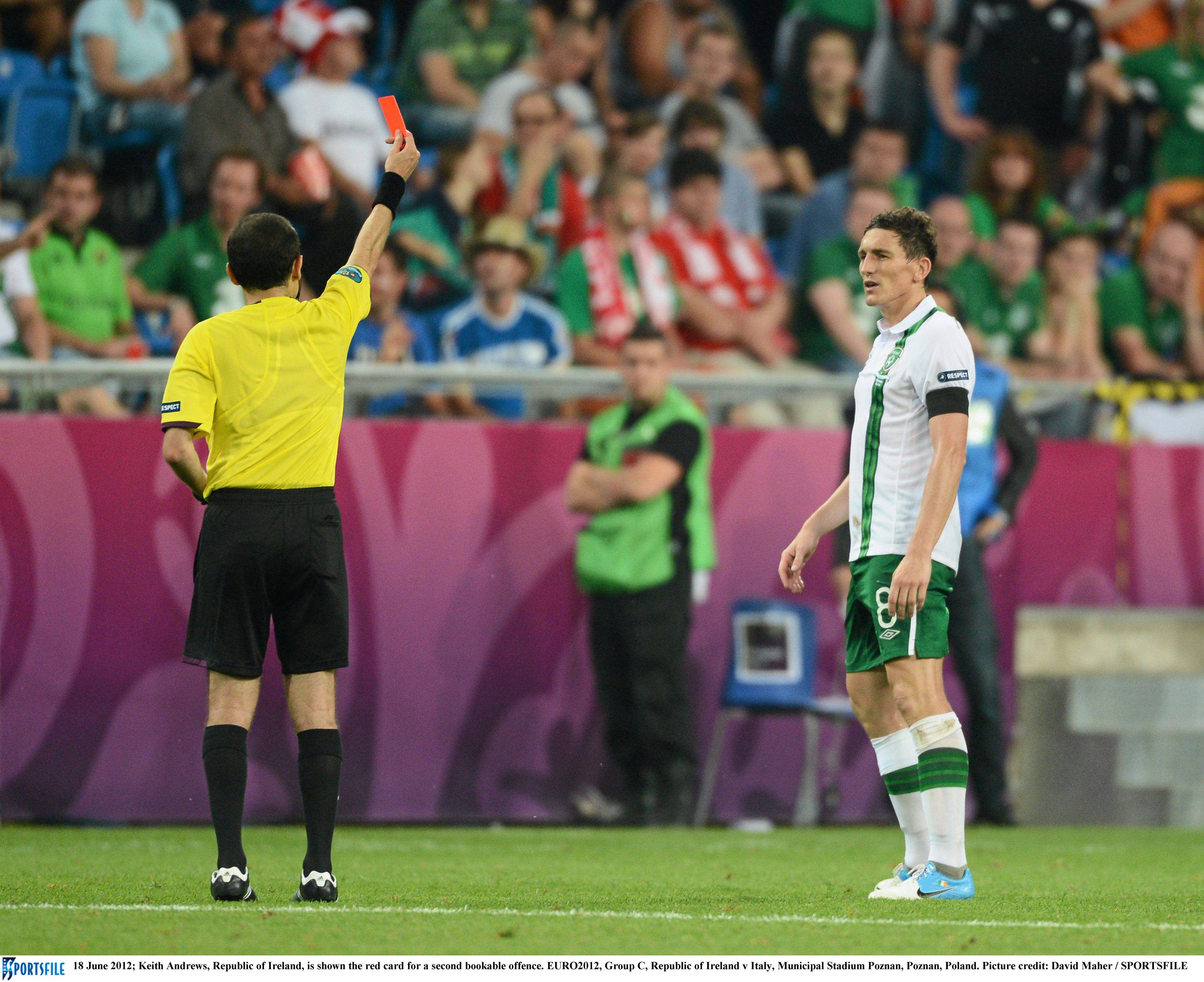 In 2012, stuck in a group of death (Croatia, Spain and Italy — how did that even happen?) and led by a manager who seemed like he was picking the team based on the 11 players names he could remember, we were humiliated. Three minutes into our tournament, Mario Mandzukic put the ball past Shay Given — and we would concede 9 more times over the next 267. In one tournament, which lasted three games, we virtually doubled the amount of goals we'd conceded at the previous four tournaments combined.

Robbie Brady and James McCarthy are injured. Other key players like Jeff Hendrick, Jon Walters, Harry Arter, Ciaran Clark and Seamus Coleman spent most of the year on the bench. Shane Long simply cannot score. John O'Shea was relegated to League One. Wes has finally retired, not that he'd have been used anyway. Our Plan A looks like a last resort, and there is no Plan B.

It's better that we're not at the World Cup. And we won't reach one again before we accept that.