Horizon: Zero Dawn has just arrived on PS4 and it's great to see a brand new and original game starting up, especially one with such a fresh premise.

The game, developed by Guerilla Games (the guys who brought us the Killzone franchise), and published by Sony, is set 1,000 years in the future – in a beautiful post-apocalyptic world overrun by dinosaur robots.

Here are some of the things you can get up to...

END_OF_DOCUMENT_TOKEN_TO_BE_REPLACED

Using your bow and arrow and big spiky cyber-spear, you gather resources by hunting down machines that are roaming around the open plains of the game.

It's really satisfying stalking your techno-prey and bringing them down with a well-placed techno-arrow.

Just gawk at the gorgeous graphics for a bit

END_OF_DOCUMENT_TOKEN_TO_BE_REPLACED

The world of this game is beautiful.

The environment can take you by surprise every now and then. More than once, I found myself just staring out at the horizon. I don't know if that was what the developers were going for with the title of the game, but fair play to them.

Like Uncharted 4, there's also a tasty Photo Mode, so you can unleash your inner creative spirit.

This game's map is huge, and it's filled to the brim with quests, side quests, hunting grounds, collectables, bandit camps and a wealth of plants and prey to keep your pack full for crafting items.

There really are hours upon hours of gameplay in this. 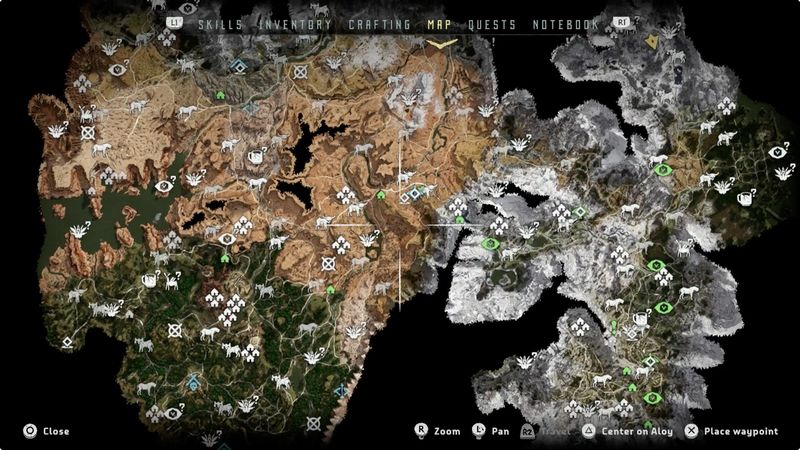 There are huge roaming Tallnecks dotted around the map, and they're there to make more of the map viewable.

They're basically a big moving version of the watchtower viewpoints from the Assassin's Creed series, but they're spectacular to watch.

Play like a girl and kick some serious ass

The protagonist in Horizon: Zero Dawn is Aylo, and she is badass.

Like Lara Croft before her, she's strong and self-reliant - but without the forced sex appeal. When Aylo sets out on a quest to discover her origins, it's engrossing and you'll find yourself really captivated by the storytelling.

Horizon Zero Dawn is out now on Playstation 4, so if you enjoyed the likes of Far Cry Primal, Tomb Raider or Metal Gear Solid 5, this one's for you.

popular
Seven more suspected cases of unexplained hepatitis in Ireland under investigation
Netflix has just quietly added 12 big movies to its library
Gardaí investigating firearm being discharged near film set in Donegal
Amazon Prime Video has just added 21 big movies to its library
Has anyone seen Mr Tayto?
Dáil passes motion to secure public ownership of National Maternity Hospital site
Couple injured after alleged homophobic attack in Dublin
You may also like
1 day ago
PlayStation unveils all-new PS Plus game line-up
5 days ago
Two of 2022's biggest, most-anticipated games have been pushed back to 2023
6 days ago
JOE Gaming Weekly - Streets Of Rage fans might love this week's big new release
1 week ago
WATCH: New gameplay footage from Gotham Knights looks absolutely incredible
1 week ago
JOE Gaming Weekly - FIFA cross-platform play is on the way
2 weeks ago
The free subscription games coming to PlayStation and Xbox in May
Next Page