A brief history of the Assassin's Creed series

A little catch up before Assassin's Creed Odyssey arrives.

One of the biggest selling franchises in video game history, Assassin's Creed also has one of the most challengingly deep histories in the format, too.

The majority of the new entries set each game in an entirely new historical setting, and trying to figure out the order of them all can be tricky.

END_OF_DOCUMENT_TOKEN_TO_BE_REPLACED

Thankfully, your pals at JOE are here to help you out, and it also helps that the first one is also the newest one...

We went in depth for this one after we got to play through the first eight hours of the game. Check out our full write up on that here, but in terms of time period, we've gone WAY back, taking control of a fearsome warrior in the depths of the Peloponnesian War aka The Greeks VS The Spartans. 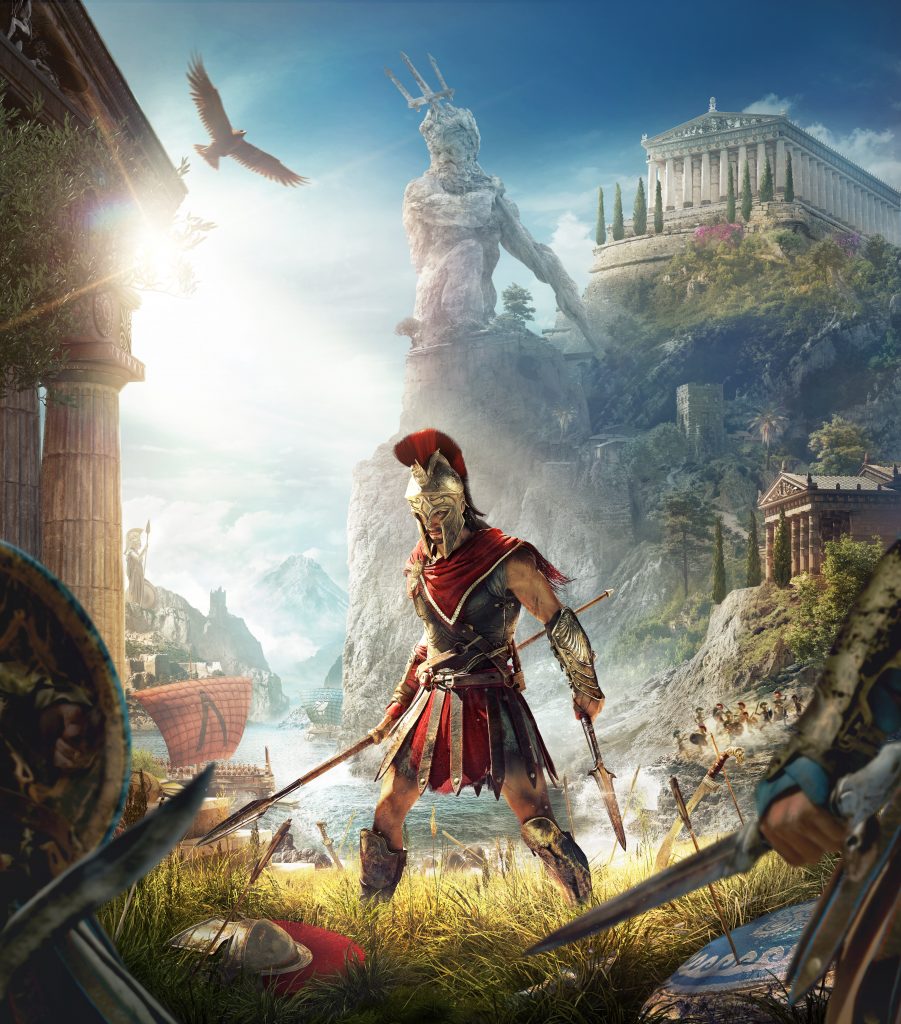 END_OF_DOCUMENT_TOKEN_TO_BE_REPLACED

Set during the Ptolemaic Kingdom ruling of Ancient Egypt, which is essentially everything that happened after the death of Alexander The Great, all the way up to the death of Cleopatra. The game is set towards the end of that era, just a few years before the Romans conquered the Egyptians around 30 BC. 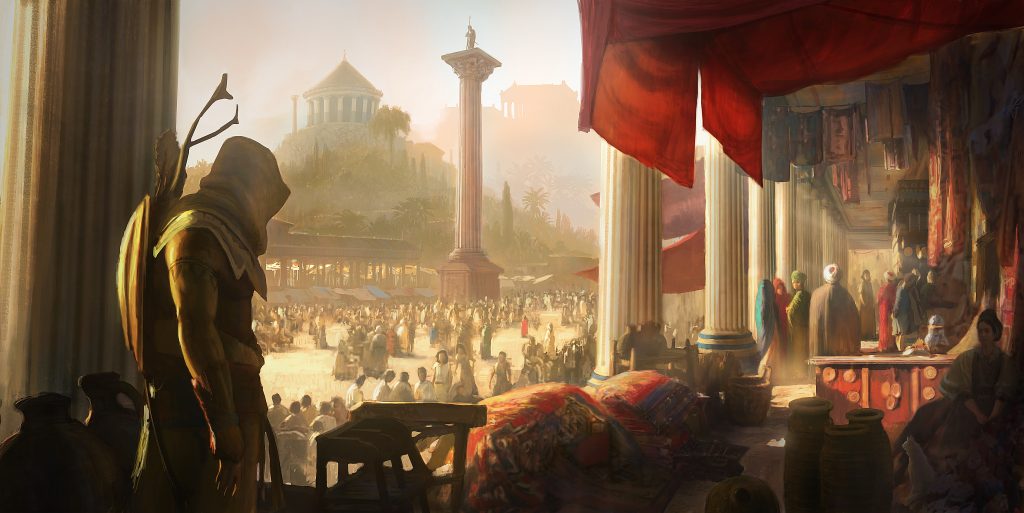 END_OF_DOCUMENT_TOKEN_TO_BE_REPLACED

The very first game doesn't get enough kudos for setting its story during a period that gets overlooked by pretty much every other medium of entertainment. The Third Crusade was the attempt by European Christians to recapture the Holy Land after Saladin took over Jeruselum. This was also the setting for Assassin's Creed: Altair's Chronicles (a Nintendo DS exclusive) and Assassin's Creed: Bloodlines (a Playstation Portable exclusive)

Set during the Italian Renaissance, which kicked off in the 14th century, and ended in the 17th century, it was a bit of a wide target to land in. The first proper sequel kicked off in the late 15th century, putting it right smack in the middle of the most interesting part of the time period, thanks to everyone from Da Vinci to Columbus doing their thing. Obviously knowing it was a rich vein to tap into, Assassin's Creed Discovery, Brotherhood, and Revelations are also set in here, taking us up as far as 1512 AD.

Yep, the fourth game is set before the third and is the first proper time that one of the AC sequels properly jumps around with the timeline. Colonial Era is basically The Time Of Pirates, and this game pushed that to the limits. Plus the fact that Colombus discovered America helped to turn the open seas into a free for all. This was when the big boat battles were fully implemented into the series, and continued to play the backdrop for several more of the games including Assassin's Creed Liberation, Pirates, Freedom Cry, and... 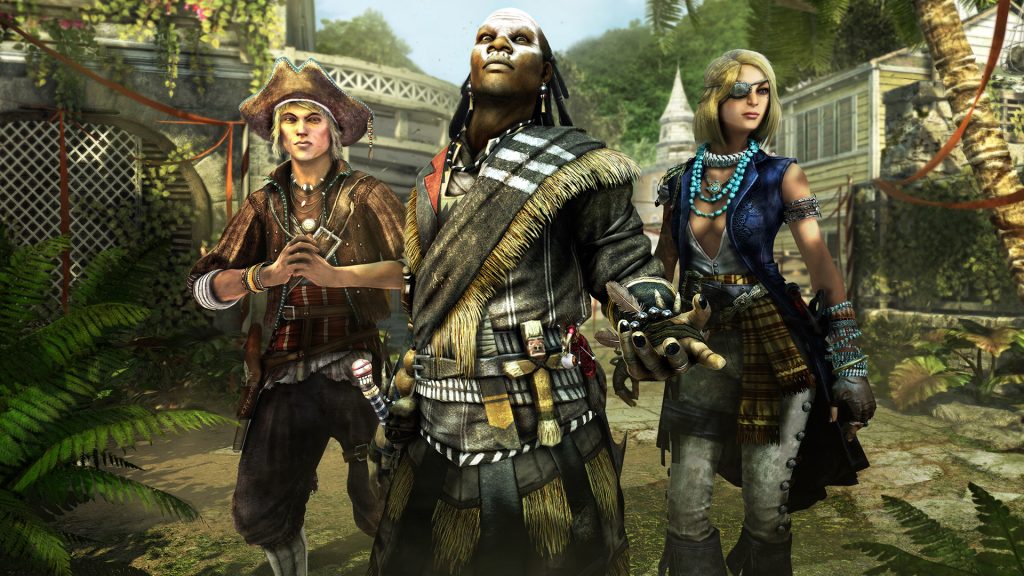 The last of the PS3 releases of the AC series before it moved on exclusively to the next generation of systems, this was set specifically during the Seven Year War. The big twist was that instead of playing an Assassin, you actually played an Assassin-turned-Templar (i.e. the big baddies of the series to date), who was, in fact, an Irishman - Shay Cormac no less! - but it was still the same mix that Black Flag had of naval warfare and third person land-based missions.

Set after most of its own sequels, taking place right before, after, and during the American Revolution, you play as a half-English, half-Mohawk warrior who is fighting the Templars in order to take back control of the colonies. This was the game that switched up the formula slightly, making sure the series didn't go stale just five years after the first one. It is also due for a remastered re-release, with a planned PS4 and Xbox One launch in March 2019.

Here comes the French Revolution. Thanks Napoleon! Another important setting for the game series (as, again, its something largely overlooked by movies and TV), especially considering many historians regard it as one of the most important periods in all of history. The Italian Renaissance was also covered in the mobile-only game Assassin's Creed Identity, but Unity was the one that finally introduced multiplayer aspects to the AC series.

Skipping over Assassin's Creed Chronicles: China, and immediately followed by two more Chronicles entries, India and Russia (and you can probably guess where they were all set), Syndicate dropped us into Victorian Era England, right in the middle of Queen Victoria's rule over the country. It was the first game where you could control a female character (something that has carried over to Odyssey), but it was also the last AC game of its kind, with the producers finally taking a year off between games and coming back with the one-two punch of Origins and Odyssey, turning the series from a third-person adventure to a fully fledged RPG.

Anyone who has played any of the AC games will know that the framing device for the series is the fact that you actually play a modern-day character, who uses a device to travel back in time to embody a descendant of theirs and view history through their eyes. We chatted to the makers of the game and they told us there had been conversations about setting one of the games entirely in the future world of the franchise. Read all about that here.

Assassin's Creed Odyssey is released on PS4, Xbox One and PC on Friday 5 October.

popular
Woman who died after being mauled to death by eight dogs has been named
Harvard study reveals how many times men should ejaculate each month to stay healthy
Richard Madeley apologises after calling Sam Smith 'he' and bungling guest's pronouns
Omniplex Cinemas are hiring for an awesome and very rare job
James May condemns Jeremy Clarkson for 'creepy' Meghan Markle column
Prime Video has just added one of the best dramas of the last decade
Parents left in shock after gorillas start mating in front of kids at zoo
You may also like
2 weeks ago
QUIZ: How well do you know the Grand Theft Auto games?
1 month ago
QUIZ: How well do you know the biggest games of 2022?
2 months ago
WATCH: New game I Am Jesus Christ is here and... eh... yeah...
3 months ago
One of the best video games ever made was released 15 years ago today as a free extra
4 months ago
How Twitter is changing gaming as we know it
5 months ago
Holy sh*t, the Bioshock movie is really FINALLY happening
Next Page