The biggest announcements from Samsung's Unpacked event on Wednesday

A lot of Samsung news.

It's the time of the year when manufacturers begin introducing and shipping new smartphones, with Google last week announcing its Pixel 4A along with two other phones.

END_OF_DOCUMENT_TOKEN_TO_BE_REPLACED

It's the latest in a number of virtual launches due to the coronavirus pandemic as tech companies aim to cut down unnecessary travel.

Here's a rundown of the main announcements.

The new phones are the Galaxy Note 20 Ultra and the Note 20 and they were the centrepiece of Wednesday's launch.

END_OF_DOCUMENT_TOKEN_TO_BE_REPLACED

The base models start at €1349 and €999 respectively but are generally in line with the Galaxy S20 devices released earlier this year, which isn't to say that's cheap.

The Note 20 and Note 20 Ultra pack 6.7 inch and 6.9 inch displays respectively, with 256GB of storage and the option to upgrade to 5G connectivity.

As is the norm with the Note, it comes with an S Pen which Samsung says has been improved in both precision and responsiveness.

In a lot of ways they're similar to the S20 devices, but the Notes do have a little more processing power with Samsung calling them the most powerful Notes yet.

END_OF_DOCUMENT_TOKEN_TO_BE_REPLACED

The Note 20 and Note 20 Ultra are available for preorder starting 6 August, and they'll officially be available starting 21 August.

If you preorder the The Galaxy Note 20 or Note 20 Ultra here, you can also claim a gaming or music reward and a pair of Galaxy Buds+.

Samsung's newest tablets, the 11-inch Tab S7 and the 12.4-inch Tab S7+ were also revealed at the Unpacked event.

With the latest processor and 5G connectivity, both tablets come with two large displays with up to 120Hz refresh rate, 11-inch and 12.4-inch, respectively.

An S Pen is included with the two tablets, but if you want a keyboard or any other extras, you'll need to fork out.

The tablets start at €719 and €919 and as the Samsung Tab S6 is comfortably the best Android tablet on the market, so time will tell if it's worth the upgrade.

If you preorder a Samsung Galaxy S7 or S7+ 5G, you can claim a Galaxy Gaming bundle or Galaxy Book Case. 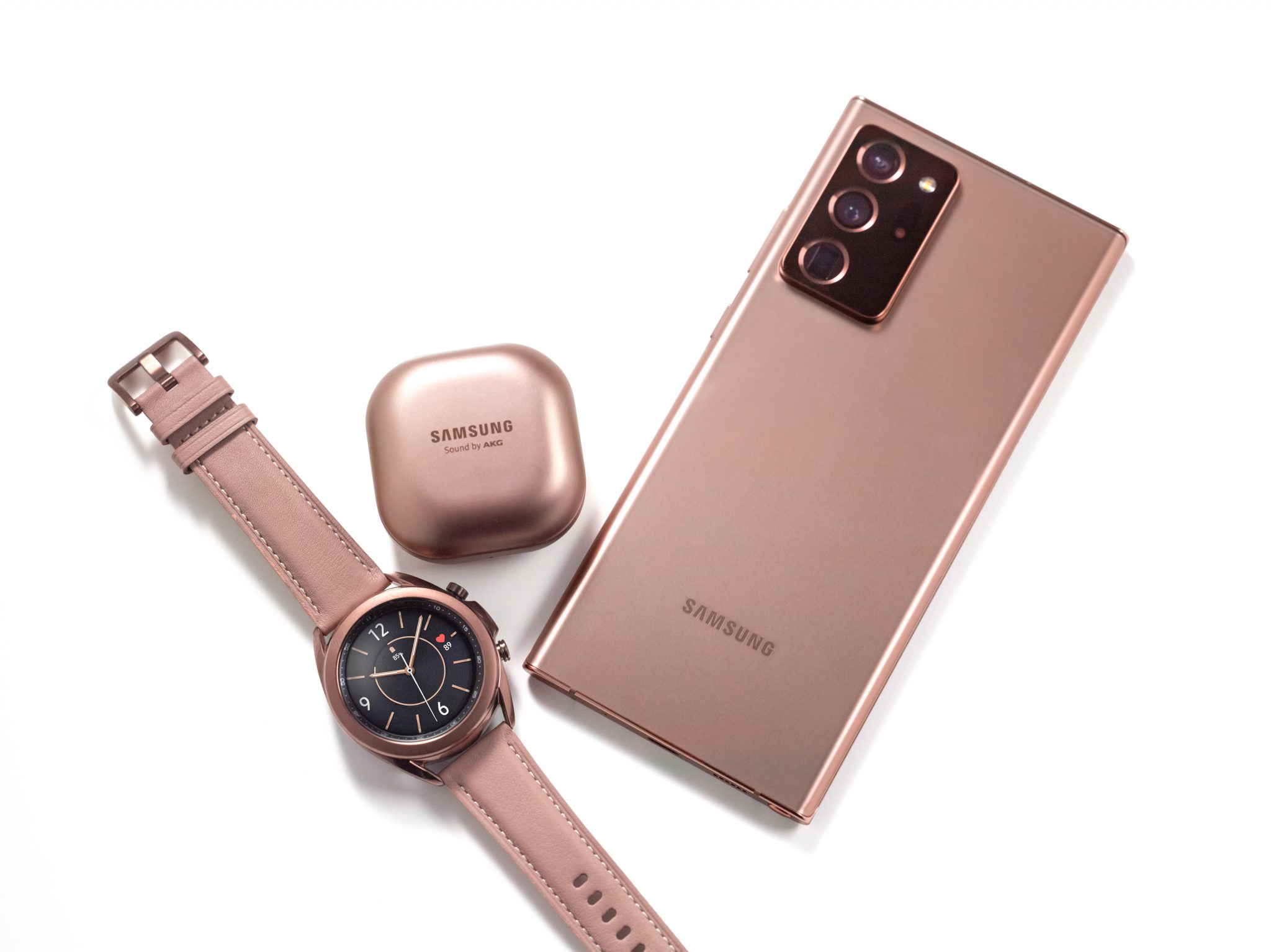 It's a thinner smartwatch than Samsung’s previous efforts, and it features a larger 1.4-inch display.

It appears that Samsung are trying to make it as stylish as possible but with an eye on fitness.

Like its predecessors, it comes with built in GPS, it can track 40 different activities and Samsung have promised a two day battery life on both the 41-mm and 45-mm versions.

I'm really excited for Samsung's new iteration of the Galaxy Buds as the original are one of my favourite truly wireless earbuds.

These are a lot different though, with a bean shaped design and smaller than the recent Galaxy Buds Plus.

The Galaxy Buds live have active noise cancelling and some impressive tech behind them so it will be interesting to see the finished product.

The Galaxy Buds Live cost €199 and are available to preorder now.

Then in the final announcement of the day, Samsung revealed its follow up to the Galaxy Fold, the Samsung Galaxy Z Fold2 5G.

Along with being a mouthful to pronounce, Samsung has said it has improved the overall structure and reinforced the hinge for durability.

While closed, you'll have 6.2-inch traditional screen experience on the Fold2, as opposed to the 4.6-inch front-screen on the original.

When opened, you'll have a 7.6-inch screen with a punch hole camera giving you a decent full screen experience.

There's no word on a price yet but the original Galaxy Fold cost in the region of €2000.

popular
Amazon Prime Video has just added 38 very big movies to its library
The Pogues’ Shane MacGowan rushed to hospital
Rotten Tomatoes reveals the best reviewed movie of 2022
Matthew Perry can't rewatch any of Friends for heartbreaking reason
Lady Gaga's dognapper sentenced to 21 years in jail
Simpsons writer has explanation for the show being able to predict so many major events
Mia Khalifa claims seaside town is better than Miami
You may also like
3 weeks ago
COMPETITION: Calling all movie fans! Here's how you can WIN a Samsung Galaxy S22 smartphone
11 months ago
COMPETITION: WIN a unique overnight getaway (plus goodies!) for you and a friend this Christmas
11 months ago
COMPETITION: WIN a Samsung Galaxy S21 AND a pair of JLab Epic Air Sport Earbuds
1 year ago
Samsung launches new S21 series of smartphones
2 years ago
Samsung Galaxy Tab S6 Lite – A really solid Android tablet
2 years ago
Samsung Galaxy Z Flip – A good experiment from Samsung
Next Page