"I am a supporter of Bitcoin."

Elon Musk has offered his support to Bitcoin, claiming he should have bought it eight years ago.

Speaking on the invitation-only social media app Clubhouse, the billionaire told thousands of listeners that he is a "supporter" of the popular cryptocurrency.

END_OF_DOCUMENT_TOKEN_TO_BE_REPLACED

He said: "I think bitcoin is on the verge of getting broad acceptance by conventional finance people... I was a little slow on the uptake, I do think at this point that bitcoin is a good thing."

The value of Bitcoin recently increased when Musk changed his Twitter bio to '#Bitcoin'.

This means that if you were to buy one bitcoin, it would cost you €27,893, compared to just a few months ago, when it would have cost half that.

While Musk is one of the richest men in the world, he has drawn some criticism for some of his early Covid-19 predictions, particularly the one below from March of last year: 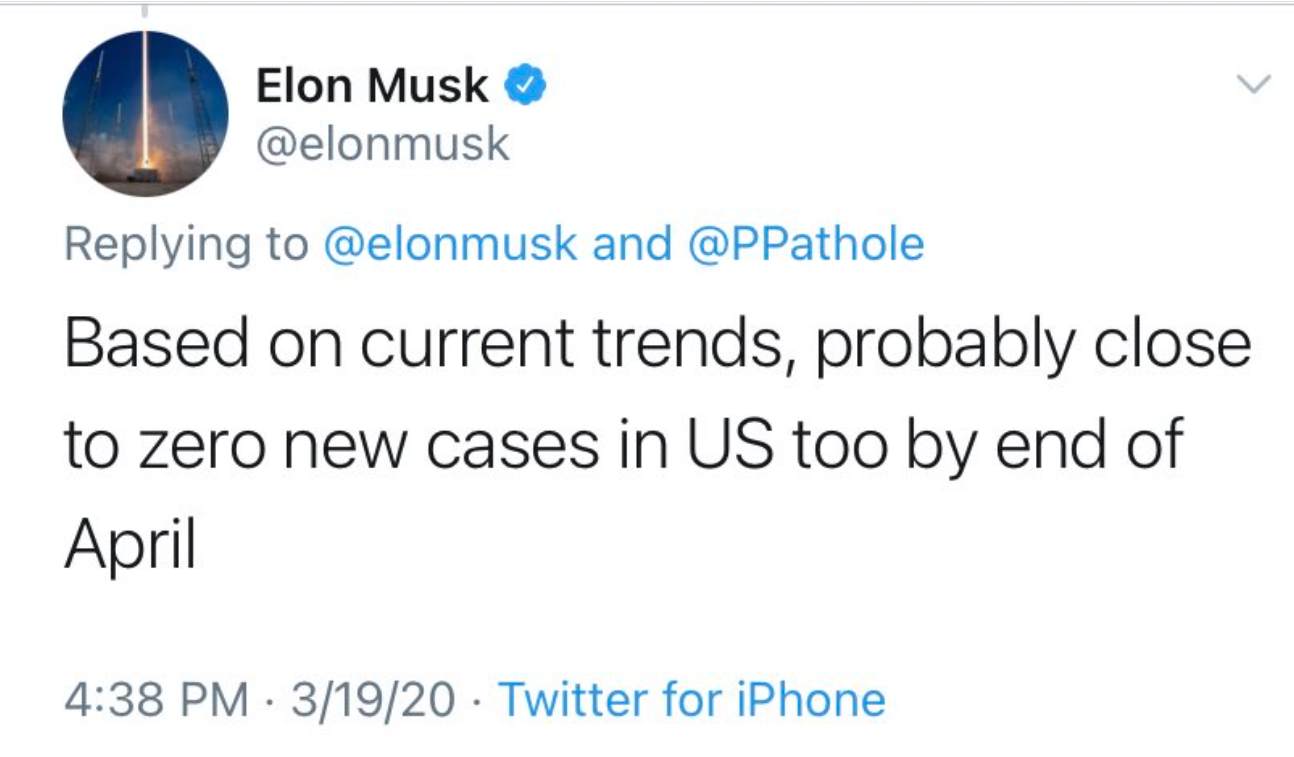 It's official, Elon Musk is buying Twitter for an obscene amount of money

END_OF_DOCUMENT_TOKEN_TO_BE_REPLACED

Meanwhile, Central Bank governor Gabriel Makhlouf has said that Bitcoin investors should be prepared to "lose all their money".

However, Makhlouf said that he doesn’t see "financial stability issues at the moment arising from Bitcoin itself".

“I worry more about about consumers making the right choices," he said.

popular
Netflix has just added an incredibly tense 97-minute thriller
Actress Anne Heche "not expected" to survive coma following car crash
Woman in her 20s dies following fatal assault in Meath
Prime Video has just added 25 very big movies to its library
Major US healthcare company to create 1,000 jobs in two counties
A great underseen action thriller is among the movies on TV tonight
Irish people could be treated to spectacular sights in the sky over the next few nights
You may also like
1 week ago
Elon Musk countersues Twitter in legal battle over takeover bid
4 weeks ago
Twitter officially sue Elon Musk to force him into buying the platform
1 month ago
Elon Musk says he is "terminating" his Twitter takeover deal
1 month ago
Jordan Peterson suspended from Twitter over Elliot Page comment, says he won't apologise
2 months ago
Elon Musk accused of sexual misconduct involving flight attendant on private jet
3 months ago
Elon Musk says he would reverse Donald Trump's Twitter ban
Next Page