"Come at me, bro!" - Here are the ten best fighting games of all time

This weekend saw the release of Injustice 2, a new beat-'em up which pits some of the biggest and best heroes and villains of the DC comics universe against each other, all wrapped up in a plot involving a Superman-gone-bad and Batman having to stop him.

It is, to put it mildly, an insane amount of fun.

END_OF_DOCUMENT_TOKEN_TO_BE_REPLACED

But it got us thinking about the long history of the beat-'em up, and just how far we've come in the genre.

For example, we all love Street Fighter 2 (more on that later), but how many of you actually played the first Street Fighter? Which basically involved rounds which would be over after about 12 seconds because the super powers were so ridiculously over-powered?

Anyways, here's a chronological run-through of the ten best fighting games of all time, in our humble opinions...

The technology has gotten better and the violence has gotten more realisitic, but for some reason we've never achieved that crazy high that we first got when we performed our first fatality in MK2. It was sublime, and even now watching all of the fatalities above, we still get a little giddy. 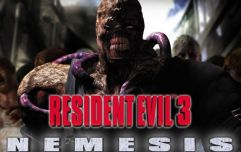 END_OF_DOCUMENT_TOKEN_TO_BE_REPLACED

Yes, it was essentially a mish-mash of Street Fighter II and Mortal Kombat II, but what's wrong with that? Anyone who was Team Sega at the time went blind with jealousy of anyone who was on board team SNES, as you watched them get to grips with Ultra Combos and throwing people off skyscrapers. There is a recent reboot which is totally fine to play too, but it still doesn't hold a candle to the original.

Playing as a human (or whatever Blanka is supposed to be?) is all well and good, but how about you play as a fire-breathing T-Rex, who is battling a King Kong-esque giant ape? And in the middle of the fight, you eat some of the teeny background humans to regain some energy? Need we same more? No, we don't think we do.

If you had a PS2, there was a 117% chance that you also owned Tekken Tag Tournament. The graphics blew us all away at the time, and the tactics of swapping out a just-about-to-die character just in time to start recharging his energy was a masterful moment in every match.

Over 50 characters from both the Marvel and Capcom universe, with team-up battles meaning you could be playing as Iron Man, and call in your mate Ryu, to help you beat up Spider-Man, who could call in his mate Chun-Li. The gameplay was absolutely manic and a complete riot to do a competition with some mates over. Even all these years later, it is one of the best house-party video-games we can think of.

So, so, so, so, soooooo different to other fighting games we're used to - What is with these percentages? - and you could be kicking your opponents ass but if they hit you just right and you fall out of the ring, then you lose. Tough breaks. Still all kinds of crazy fun though, especially since we get to live out the fantasy of playing as Yoshi and going to town on Mario's skull.

The Virtua Fighter series has always felt like it was in the shadow of the more popular Tekken, but is definitely the choice of the more technically minded fighters, as opposed to the very arcade-y feel of it's immediate competitor. This particular outing is the best version of the game to date, with a TONNE of characters to attempt to master, and a combo system that felt particularly intuitive should you put the time in.

We could go on and on about how this is pretty much the most tactical fighting game ever made, and that it would properly take years to master, and that it was one of the first to bring in online multiplayer modes so the addictiveness levels were through the roof. But all we really have to say is this: You. Could. Play. As. Darth. Vader. And. Yoda.

The best Street Fighter game of all time has a legitimate claim to being the best fighting game of all time, full stop. 35 characters to choose from, and everyone's styles and strengths are balanced so perfectly that a noob can pick up the controller, pick any character at random and have a blast against a years-in-the-making master of the game.

Probably the least well known game on the entire least, but also the one that die-hard fighting game fans should be trying to get their hands on. A more unique visual style and a difficulty curve that will weed out the serious gamers from those not willing to put in the time and effort, KOF13 is the one to mention if you really want to show off your beat-'em up prowess.

House of Rugby Ireland · Ireland's feel-good win, Casey's initiation song, scrapping Sexton and Scott Williams interview
popular
Eoghan McDermott to leave RTÉ after six years (Report)
QUIZ: Can you answer all the £1 million questions from Who Wants to be a Millionaire?
€17,500 worth of cocaine found at street party in Limerick
Sony are giving away a free game to all PS4 and PS5 owners
One man has been charged following Limerick street party, 50 FPNs issued
WATCH: Michael B. Jordan leads Jack Ryan spin-off Without Remorse
One of the most fertile men in Ireland is a guest on tonight's Claire Byrne Live
You may also like
10 hours ago
Sony are giving away a free game to all PS4 and PS5 owners
3 days ago
Here are 36 upcoming movies and shows based on video games
1 week ago
The 10 most anticipated games confirmed for release in 2021
2 weeks ago
WATCH: Gamer creates Garda van in racing game, brilliantly annoys other players
1 month ago
Destruction AllStars is the most fun, cathartic game we've played in ages
1 month ago
These are the free subscription games coming to PlayStation and Xbox in February
Next Page