Sick and tired of Facebook not replying to your concerns about security issues?

Well one Palestinian computer expert has the perfect solution. Simply hack into Facebook founder Mark Zuckerberg’s personal account to make sure you really get his attention.

According to a report in the Daily Mail, a Palestinian hacker found a glitch in the social media system that allowed him to post on a stranger’s wall but, after failing to get a response from the Facebook powers that be through conventional methods, he decided to get directly in touch with the top man himself and posted on Mark Zuckerberg’s wall. 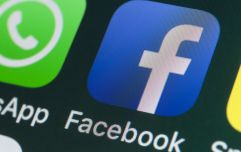 END_OF_DOCUMENT_TOKEN_TO_BE_REPLACED

The hacker in question, Khalil Shreateh, was contacted in record quick time as a Facebook security team demanded to know how he had hacked the CEO’s personal page.

This JOE’s no computer expert but we’re pretty sure it had something to with pressing Ctrl-Alt-Delete. 60 per cent of the time, that works every time.

Instead of thanking Shreateh for bringing the fault to their attention though, Facebook have since claimed that there wasn’t a bug in the system. To add insult to injury, because of the particular method that the hacker resorted to to highlight the issue, Facebook denied him the $500 reward that is usually given to programmers who report weaknesses in the site’s security.

It’s not as if they’re stuck for cash...

Although Facebook have responded quite sternly to Shreateah, we can’t help but think that fellow ex-hacker and computer geek supremo Zuckerberg was probably fighting the temptation to hit the ‘like’ button in admiration of the hacked post.

Check out how he did it with his YouTube video below:

The Big Reviewski || JOE · TBR Spotlight: The Falcon and the Winter Soldier Episode Four - 'The Whole World is Watching'
popular
You can now get a life-size inflatable pub for your back garden
Female personal trainer shares the creepy messages she receives from men on social media
The cast and director of Fast & Furious 9 discuss setting a sequel in Ireland
Dublin cyclist says he "could've died" after being pushed into ditch
New walk-in Covid-19 test centres open across Ireland
What Netflix’s Seaspiracy gets wrong about fishing, according to a marine biologist
The 50 most iconic songs of all time* have been revealed
You may also like
2 months ago
Facebook apologises for flagging 'Plymouth Hoe' as offensive term
4 months ago
Facebook to remove false claims about Covid-19 vaccine
5 months ago
Facebook launches dating service in Ireland
6 months ago
Facebook reverses its stance and says it will now ban Holocaust denial content
6 months ago
Facebook bans QAnon accounts across all its platforms
6 months ago
Facebook responds to The Social Dilemma criticism
Next Page