The 'Copyright Directive' was backed by the European Parliament on Tuesday.

The EU has backed a controversial directive that makes major changes to copyright regulation online, one that critics have warned could alter the way in which users access the internet.

If it is accepted into law by European Union member states, it will mean that technology companies become responsible for material posted to their websites without proper copyright permission.

The 'Copyright Directive' was backed by 348 MEPs for to 278 against when it came before the European Parliament on Tuesday.

Two clauses to the legislation - known as Article 11 and Article 13 - have proved particularly controversial.

Article 11 means that search engines and news aggregation platforms should pay to use links from news websites, while Article 13 means that tech companies are made liable for material posted without a copyright licence.

It has been argued that Article 13, in particular, could mean the end of memes being posted online. However, the EU has said that 'parody' being an exemption to the rule will mean that most memes and short viral video clips will not be covered by the legislation.

A number of big tech companies, including YouTube, Reddit, Twitter and Twitch, have come out against the changes. However, musicians and artists have welcomed the move, as it could see them receive more royalties for their work being used online. 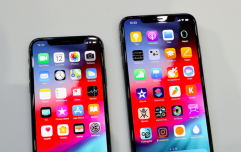 END_OF_DOCUMENT_TOKEN_TO_BE_REPLACED

"The platforms need to have a responsibility and we want to give them that responsibility to deal responsibly with copyrighted content where the rights-holders are not those platforms,” Axel Voss, an MEP and proponent of Article 13, told AP.

However, a spokesperson for Google said the law will "lead to legal uncertainty and will hurt Europe's creative and digital economies".

"The details matter, and we look forward to working with policy makers, publishers, creators and rights holders as EU member states move to implement these new rules," the company said in a statement.

Julia Reda, an MEP from Germany, claimed the vote marked a "dark day for internet freedom".