The new feature on Facebook sure does look awful familiar.

Open up the Facebook app on your smartphone today (Tuesday) and you’ll probably notice something a little different.

The ‘Direct’ button on the upper left hand side of your screen, for example, is one of a range of new features being rolled out by Facebook which aren’t entirely dissimilar from something you may have already noticed on a wildly popular social media app.

END_OF_DOCUMENT_TOKEN_TO_BE_REPLACED

With Facebook having already rolled out something similar to the story feature on Snapchat (something that has also been rolled out on Facebook-owned Instagram), ‘Direct’ is “designed for sharing individual photos and videos with specific friends for a limited time”. 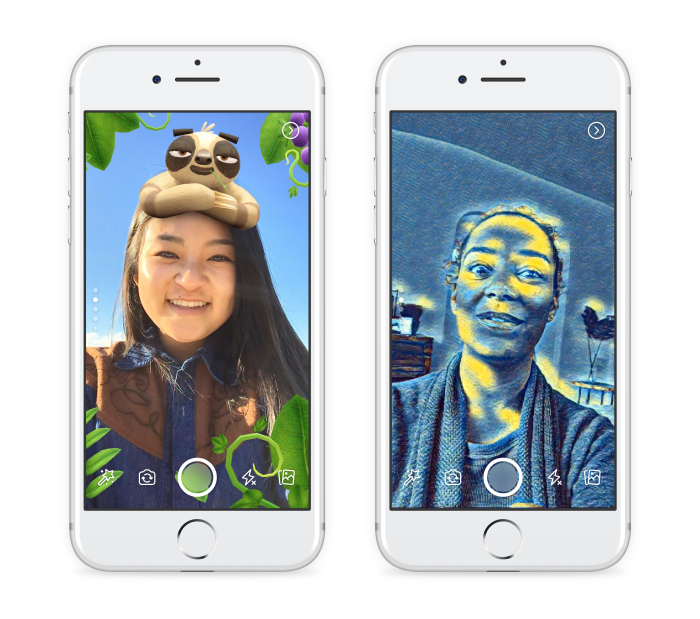 “When you send a photo or video via Direct, your friends will be able to view it once and replay it or write a reply,” reads a release on Facebook’s Newsroom page.

END_OF_DOCUMENT_TOKEN_TO_BE_REPLACED

“Once the conversation on the photo or video ends, the content is no longer visible in Direct.”

If that wasn’t too Snapchat-like, Facebook also revealed changes to its in-app camera, which now allows users to apply dozens of effects like masks, frames and interactive filters that you can apply to your photos and videos.

You can read more details on the changes being rolled out by Facebook here.

popular
Amazon Prime Video has just added 37 big movies to its library
10 years ago today, the scariest movie ever made (according to science) was released
Welder awarded €15,000 for unfair dismissal despite admitting to drinking alcohol before work
County where winning Lotto jackpot ticket worth nearly €9 million was sold confirmed
Dublin Bus and boat involved in city centre collision
It took five long weeks, but The Rings Of Power is finally fantastic
Here's the line-up for this week's episode of The Late Late Show
You may also like
3 weeks ago
How Twitter is changing gaming as we know it
4 weeks ago
WATCH: Apple's iPhone 14 event featured some creepy teases for Severance Season 2
2 months ago
Microsoft could be sizing up to buy Netflix, claims analyst
3 months ago
Half of the internet stopped working due to outages
3 months ago
A new rival to Revolut is set to launch in Ireland
3 months ago
Google suspends employee after claiming an AI had become sentient
Next Page