Great news gamers, the new Call of Duty will be exactly what we want

No more of this space rubbish...

If you didn't exactly have a strong grá for the latest installment of the Call of Duty franchise, Call of Duty: Infinite Warfare, you weren't alone as traditional gamers showed disdain for the game.

The core group of Call of Duty fans were not sold on the combat scenes in space and the game under performed from the developer's expectations.

END_OF_DOCUMENT_TOKEN_TO_BE_REPLACED

Activision have confirmed that the next game of the series will "take Call of Duty back to its roots."

Chief operating officer Thomas Tippl promised the game will be more traditional than its predecessor, with many taking this to mean a return to World War II. 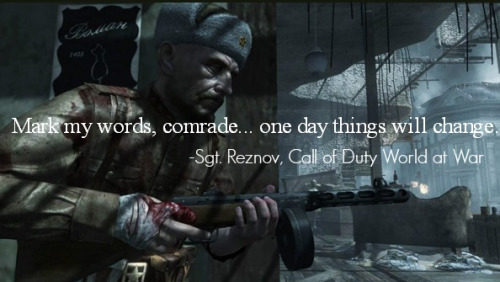 The Call of Duty Franchise began back in 2003 where they delved into World War II era, a popular period for first person shooter games at the time.

As the years advanced so did the setting of the game with the most recent versions of the game featuring hi-tech drones and battles in space.

A return to World War II would be much welcomed by fans of the video game series.

popular
Here's how to make €9-11 on Revolut in just a few minutes
Green Party representative calls for a temporary ban of stag and hen parties in Ireland
Pop Idol star Darius Campbell Danesh has died, aged 41
Off-duty Garda arrested in Tipperary on suspicion of drink driving
Murder investigation launched following death of 75-year-old woman in Kerry
QUIZ: You won't be able to correctly guess the meaning of all these words
Dublin Bus passenger assaulted in suspected homophobic attack
You may also like
1 week ago
Xbox testing new subscription plan in Ireland this month
1 week ago
The JOE Friday Pub Quiz: Week 306
1 week ago
JOE Gaming Weekly - Details of the new Tomb Raider game have leaked
2 weeks ago
The free subscription games coming to PlayStation and Xbox in August
2 weeks ago
JOE Gaming Weekly - Stray has the highest user-review score of 2022 so far
2 weeks ago
GTA 6 will reportedly be based on a modern day "Bonnie & Clyde"
Next Page