It involves an unmarked grave, hidden treasure and a big golden revolver...

Considering the fact that both Grand Theft Auto V and Red Dead Redemption are produced by Rockstar Games, players have been curious as to whether the two games were linked in any way, especially considering that GTAV is set in Los Santos (aka California), which is pretty much the exact same place RDR has been set in, just about a century or so later.

Well, with the constantly updating Grand Theft Auto Online game, Rockstar have been regularly dropping more missions for players to contend with, and in the latest mission - The Doomsday Heist - they discovered something weird: 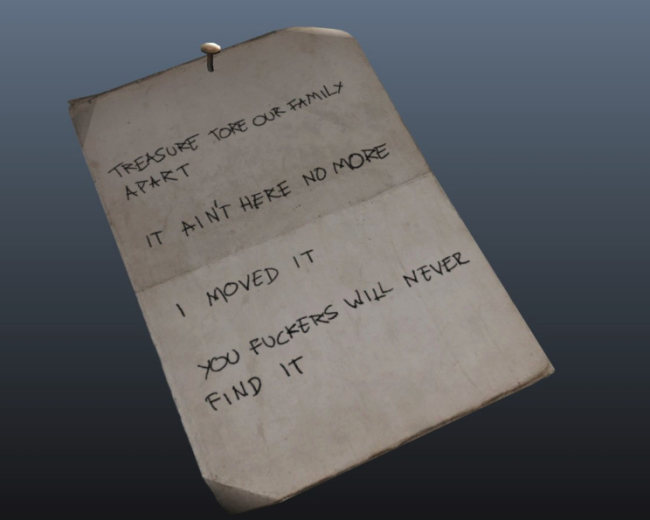 END_OF_DOCUMENT_TOKEN_TO_BE_REPLACED

This spurred players on to something of a scavenger hunt across Los Santos, and it eventually led to Rockstar Games themselves officially announcing the hidden mission:

Rumors of a lost relic from the frontier have begun to surface, and treasure awaits those bold enough to seek it. Keep an eye on your iFruit for a special in-game email containing the first clue, then follow the trail to unlock the Double-Action Revolver in GTA Online.

Once you acquire your gratis Double-Action Revolver, complete the Headshot Challenge in Freemode (50 headshot kills) for a GTA$250,000 reward and unlock it for future gun-slinging exploits in Red Dead Redemption 2 on PlayStation 4 and Xbox One.

END_OF_DOCUMENT_TOKEN_TO_BE_REPLACED

Following the hints and directions within the mission, players are brought to an unmarked grave up in the hills of Los Santos, and hidden within it is the Double-Action Revolver, which we can safely assume has been buried there by someone in the upcoming Red Dead Redemption 2 (which you can check out the trailer for here), which still doesn't have a set release date beyond Spring 2018.

What is even more exciting is that players have also discovered (via Kotaku) that there are even more as-yet-unlocked missions within the GTA Online universe, which will most likely become playable closer to the release date of RDR2.

Meanwhile, if you don't feel like putting all the effort in yourself, here is someone following all of the clues within GTAV to get the secret buried gun.

popular
Harvard study reveals how many times men should ejaculate each month to stay healthy
Woman who died after being mauled to death by eight dogs has been named
Richard Madeley apologises after calling Sam Smith 'he' and bungling guest's pronouns
Omniplex Cinemas are hiring for an awesome and very rare job
Prime Video has just added one of the best dramas of the last decade
James May condemns Jeremy Clarkson for 'creepy' Meghan Markle column
Parents left in shock after gorillas start mating in front of kids at zoo
You may also like
2 weeks ago
QUIZ: How well do you know the Grand Theft Auto games?
1 month ago
QUIZ: How well do you know the biggest games of 2022?
2 months ago
WATCH: New game I Am Jesus Christ is here and... eh... yeah...
3 months ago
One of the best video games ever made was released 15 years ago today as a free extra
4 months ago
How Twitter is changing gaming as we know it
5 months ago
Holy sh*t, the Bioshock movie is really FINALLY happening
Next Page