Hands on with the OPPO Reno 4 Pro 5G

We really are spoiled for choices with smartphones in Ireland at the moment and it's getting better for consumers as OPPO launch the Reno 4 Pro 5G in Ireland.

It's the first phone the company has released in Ireland. 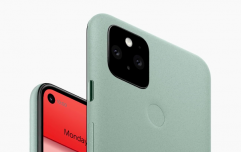 END_OF_DOCUMENT_TOKEN_TO_BE_REPLACED

We've had our hands on it for the last few weeks to put it through its paces and see if it lives up to the circa €800 price tag.

It's a lovely looking phone and seems to make a play to appeal to those with an eye on the design.

It’s a slim and light phone clad in glass and metal, giving it a plush in-hand feel from the Gorilla Glass 6 display to the glass back with a nice subtle OPPO monogram. 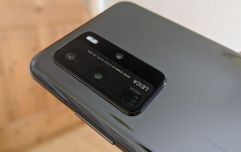 END_OF_DOCUMENT_TOKEN_TO_BE_REPLACED

There's narrow bezels and slight chin and forehead but nothing jarring while the back of the phone is patterned which does a decent job in hiding finger marks.

In your hand it does feel a lot like you're holding a Huawei P30 Pro, just a slightly slimmed down version.

It has the feel of a premium handset which is important when you factor in the price, even if this is more of an upper mid tier smartphone than a genuine flagship.

There's no official IP rating on it so I'd avoid dropping it into water anytime soon, although OPPO say the phone is water resistant. 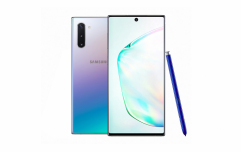 END_OF_DOCUMENT_TOKEN_TO_BE_REPLACED

The back camera array consists of three circular lenses in a line on the top left and you won't find a headphone jack or SD slot on the phone.

Overall, unless you've very small hands, it's unlikely you'll struggle to wield the phone with one hand, but if you do, there's some features that can help with that. 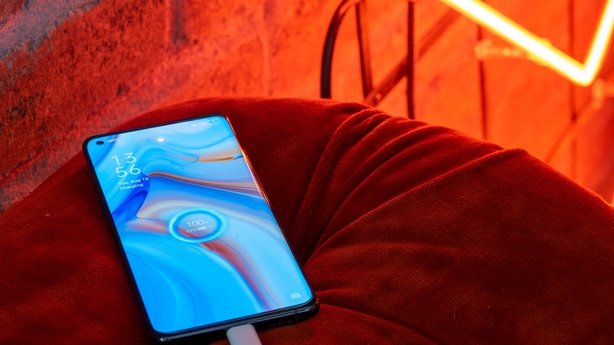 In terms of clarity, it's not the sharpest display I've tested but it is vibrant and the brightness does crank up to a high level meaning I had zero issues viewing the screen in the bright winter sunshine.

The Reno 4 Pro 5G houses a 6.5-inch AMOLED display with a tall 20:9 aspect ratio and a 1080 x 2400 resolution and I did find it to be a nice size in my hand. It plays videos in widescreen and offers a lot of height vertically when scrolling - or doom scrolling - on social media.

The face unlock is impressively quick and reminds me of the face recognition on last year's Pixel 4, and there's also an appropriately accurate fingerprint scanner built into the display.

The 4000mAh battery will last heavy users a day and the moderate users will get even more bang for their buck, although even if the battery runs down, it will charge incredibly quickly.

Like a few other phones we've used this year, the Reno 4 Pro 5G has the Snapdragon 765G at its core. It's not the most powerful chip on the market but it really does most things you need it to do quickly and effectively. Add in the fact there's 12GB of RAM and you've got yourself a zippy phone.

The camera is good if you've a standard steady hand and decent lighting, and the ultra steady mode for video is a nice touch which works well.

Some things I didn't

There's no wireless charging which is far from a deal breaker but it would have been a nice inclusion at this price range.

The lack of dust and water resistance is a bit of a blot on its copybook, there's no way around it.

I did notice the AI on the camera can have a tendency to over do it on the colour and contrast.

The price is a bit of an issue as it makes it one of the most expensive in its class and comfortably more expensive than some of it's competition like the Pixel 4a 5g and the Pixel 5.

It's a gorgeous phone which is very much aimed at those with an eye on design.

The performance is good, the camera takes quality snaps and that charging is seriously impressive.

There's a gorgeous screen and there's a hell of a lot to like about the Reno 4 Pro 5G.

OPPO has created a really good upper mid range smartphone, but it's whether you're willing to pay the price of €800 is the real question.

popular
Amazon Prime Video has just added 38 very big movies to its library
Ashton Kutcher opens up about rare disease that left him unable to see or walk
The Pogues’ Shane MacGowan rushed to hospital
Rotten Tomatoes reveals the best reviewed movie of 2022
Lady Gaga's dognapper sentenced to 21 years in jail
Mia Khalifa claims seaside town is better than Miami
Simpsons writer has explanation for the show being able to predict so many major events
You may also like
2 years ago
REVIEW: The Nokia 800 Tough and Nokia 2720 Flip, phones from a simpler time but with modern-day quirks
3 years ago
REVIEW: Huawei FreeBuds 3 - The Android answer to AirPods
3 years ago
REVIEW: The Google Pixel 4 - fast, sleek and early to sleep
3 years ago
REVIEW: OnePlus 7 Pro, blisteringly quick and a wonderful display
3 years ago
Google Pixel 3a XL: Big, affordable and worth considering
3 years ago
REVIEW: The Huawei P30 Pro, a truly stunning camera, stellar battery and an overall excellent phone
Next Page