If you had any plans for the weekend that has just passed then the chances are that Storm Gertrude put them to bed.

The weather was absolutely filthy as most parts of Ireland were lashed out of it by the wind and rain. If you wanted to stay bone dry then the best option was to stay indoors but it seems that there was a very different storm brewing up inside some people over the weekend. 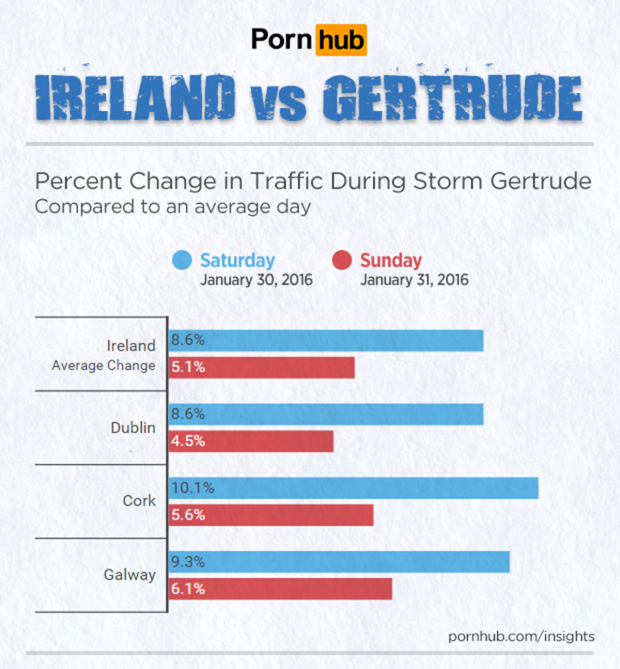 The website also released some stats for the counties in Northern Ireland. It seems that people in the six counties are absolute saints when compared to some of the heathens in the remaining counties. 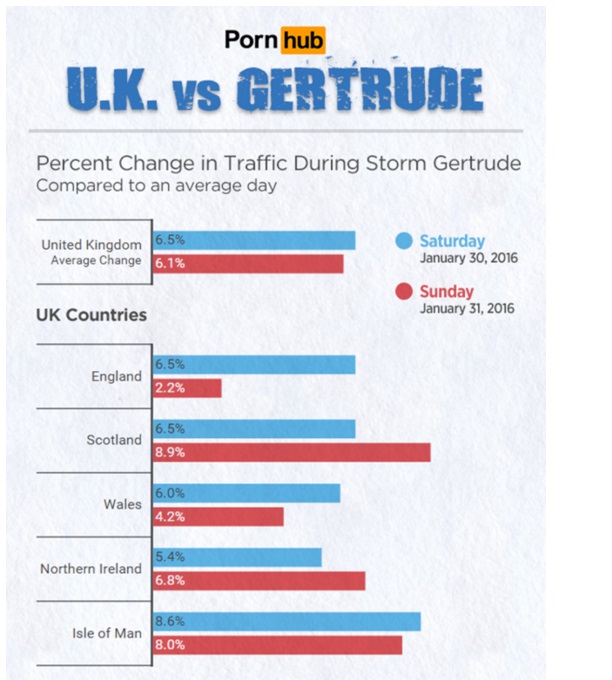