This is what has occupied our minds over the last 12 months.

As we gear up to say goodbye to 2018, the past 12 months will be remembered as being quite the year in Irish society.

Of course, we had the Beast from the East, bread riots, the referendum on the Eighth Amendment, a stunning year for Irish rugby, Brexit, the World Cup, the presidential election, and lots more.

END_OF_DOCUMENT_TOKEN_TO_BE_REPLACED

This diverse year is very much reflected in what Ireland was searching for on Google because, as 2018 comes to a close, the annual Google Year in Search results provide a telling snapshot of what caught the interest of the Irish over the last 12 months.

The World Cup was Ireland’s top-trending Google search for the year, despite Ireland’s absence in the tournament. Christ, we're just delighted to see the back of Denmark... for now.

Staying with sports, the epic Ireland vs New Zealand match last month - which saw Joe Schmidt's men beating the world’s best team for the first time on home soil - was the 7th top trending search this year. That superb win against the All Blacks came second in sports searches overall.

In terms of quantity, two of the golf majors and the Ryder Cup took three of the top 10 spots in sport, horse racing took two spots, and Wimbledon and Conor McGregor's fight with Khabib Nurmagomedov shared a spot each. 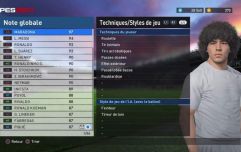 END_OF_DOCUMENT_TOKEN_TO_BE_REPLACED

Music fans in Ireland clearly had a lot of love for Avicii because the news of his incredibly sad passing saw the DJ rank as Ireland's second top-trending topic for 2018.

The electronic dance musician - famous for the song 'Wake Me Up' - sadly passed away in April of this year, and his popularity on this island was reflected in our increased Googling of his name at that time.

Dolores O'Riordan, the Irish icon and former lead singer of The Cranberries, was another musical notary that also passed too early this year - she was the fifth top-trending Google search in 2018. Finally, we do love the Eurovision and that was our sixth top-trending musical topic overall, driven no doubt by Ireland’s first inclusion in the final for five years.

Politically, we were inspired to ask “how to register to vote” (which was first in the “how to…” list) as well as “what is blasphemy?”, “what is the backstop?” and “what is the Eighth Amendment?” (first, third and fifth in the “what is…?” list” respectively). 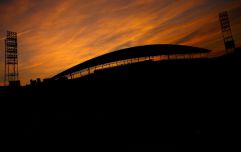 END_OF_DOCUMENT_TOKEN_TO_BE_REPLACED

In terms of films, the musical melodrama A Star Is Born took top spot in the movie rankings, and also registered as the only movie to appear in the overall top 10 list.

Comic book films take four of the top 10 movie spots, hinting at a juggernaut of a trend that doesn’t show signs of slowing, with musicals occupying three spots and drama/thrillers rounding off the list, including the Irish Famine-based movie Black 47 in fourth spot.

Meghan Markle (who?) made an unsurprising appearance in the top list this year, coming in at third place.

Google's “How to…?” search list is always a laugh and that also gave us an interesting insight into the uniqueness of Irish life.

We asked “how to build an igloo” and “how to bleed radiators” in response to February’s Beast from the East, but also “how to get rid of fruit flies” during the summer’s heatwave.

The perennial “how to lose weight” was in third spot and our tech worries centred around “how to get old Snapchat back” and “how to turn off automatic updates”. Perhaps, in terms of technology at least, the Irish have shown that we don’t like change?

Here are just some of the things that Ireland was searching for on Google throughout the year.