JOE has been kicking ball and reluctantly completing forfeits for the past week, as we've been getting stuck into the latest edition of the FIFA franchise.

Like most of you reading this review, we here at JOE look forward to getting our hands on the annual edition of FIFA, and there are always a few key features that we look forward to seeing every year. We were pleasantly surprised by some of the new features in this year’s game, but like a dodgy football that you might find in the back of the shed, there were one or two things that left us feeling a little deflated.

The gameplay has certainly changed compared to FIFA 14, for better and for worse. Last year we found that some strikers were lacking in an attacking burst of speed you’d expect to see from someone of their calibre. Thankfully, the latest edition of the game has changed that flaw thanks to an almost arcade style of gameplay and attacking with top class strikers is now a thoroughly enjoyable experience as you nip around defenders with style and speed.

END_OF_DOCUMENT_TOKEN_TO_BE_REPLACED

Unfortunately, the same can’t be said about the defending. Getting a decent clean tackle in can be a bit tricky and you may find yourself trailing a striker from the halfway line to the six-yard box without getting a touch of the ball. That got a bit frustrating after a while, but it wasn’t the end of the world thanks to our 'next-gen' goalie. If you find it getting a bit too frustrating, you can always park the bus. 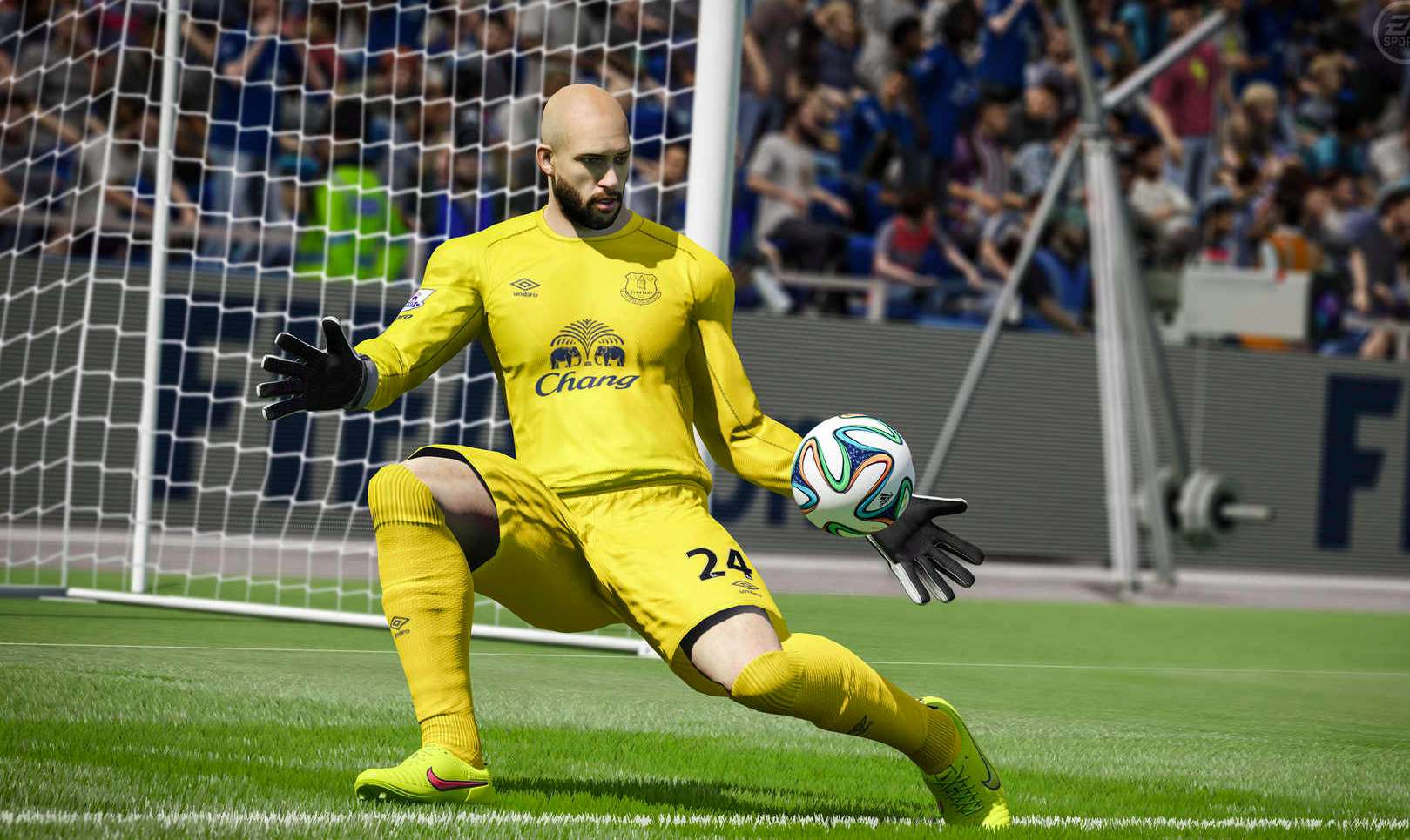 One of the most notable changes in this year’s game is the goalkeeping gameplay. There are over 50 new goalkeeper animations, which means your ‘keeper looks and plays a lot more realistically compared to previous editions. Before, almost every single shot that touched the keeper’s hands was caught, whereas now, shots will be tipped away by a fingertip or punched out of penalty area with force.

One of the seriously cool aspects of the game is the ‘Living Pitch,’ which sees the playing surface wearing down over the course of a game. While the stadiums look absolutely top-notch, we were a tad disappointed with some of the player graphics. We were absolutely blown away by the player graphics in NHL 15 (read the review here), which left us expecting the same for FIFA, but we found them to be a bit square, ridged and a tad robotic at times. 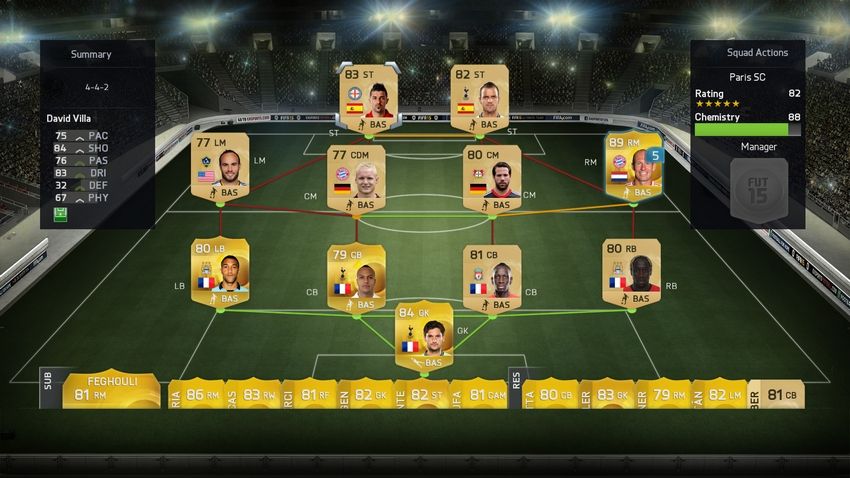 END_OF_DOCUMENT_TOKEN_TO_BE_REPLACED

The game modes remain relatively unchanged this year, but the FIFA Ultimate Team now lets you loan top class players for a short period of time, which is great in the short term, but it does eat away at your funds. Just keep that in mind before you set about taking on Neymar for just a handful of matches.

Match Day Live is a brand new hub powered by Goal.com, which gives you news, updates and analysis on your chosen team. It’s great for staying up to date on all your team’s news and we even found ourselves getting lost in the various stories whenever we needed a quick break from the career mode.

Diehard FIFA fans will undoubtedly love the latest edition and we have to say we love it here in the office, not just because it’s our go-to game when we need to settle an in-house dispute, but because it's fun, easy to play and there's plenty to do apart from playing a standard friendly. There are some flaws to the game, as with every game, but EA should be happy with this latest edition. JOE certainly is…

For more on FIFA 15 head over to the official site here. 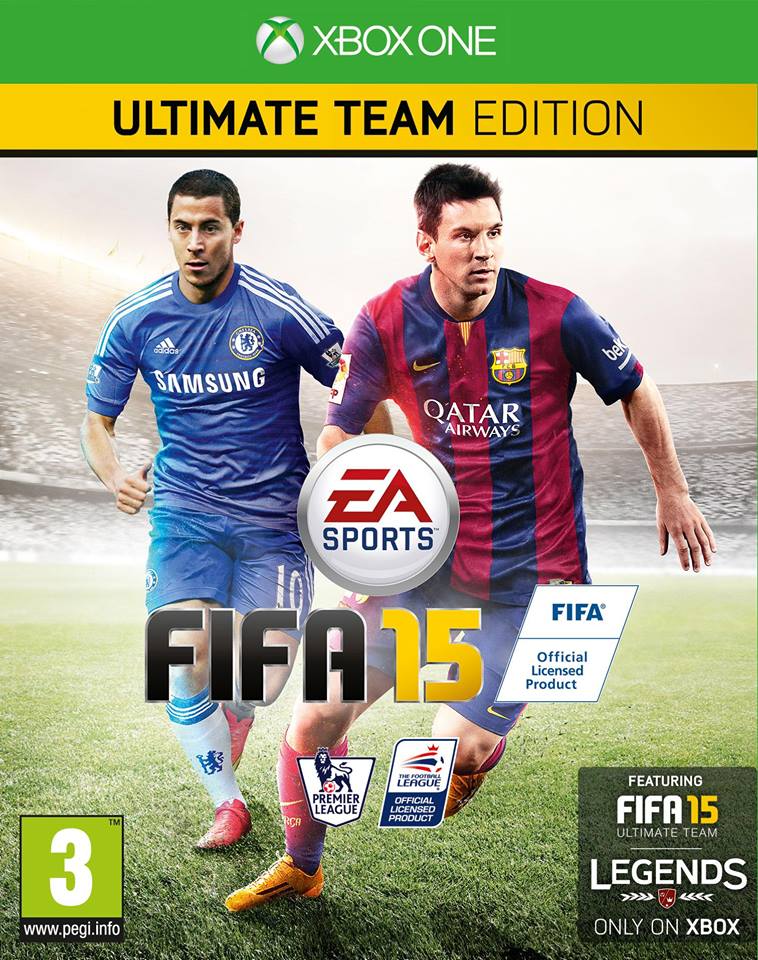 popular
QUIZ: Can you name every county in Ireland containing the letter 'O'?
The JOE Music Quiz: Week 105
Three people injured after two-car crash in Dublin
The JOE Friday Pub Quiz: Week 295
Late Late Viewers left in awe of Paul McGrath's memories of Jack Charlton
Ireland set for "showers most days" next week, says Met Éireann
QUIZ: Get ready for a tricky time with this General Knowledge Quiz
You may also like
2 days ago
JOE Gaming Weekly - Ever wanted to see Batman fight Arya Stark?
4 days ago
PlayStation unveils all-new PS Plus game line-up
1 week ago
Two of 2022's biggest, most-anticipated games have been pushed back to 2023
1 week ago
JOE Gaming Weekly - Streets Of Rage fans might love this week's big new release
1 week ago
WATCH: New gameplay footage from Gotham Knights looks absolutely incredible
2 weeks ago
JOE Gaming Weekly - FIFA cross-platform play is on the way
Next Page