Welcome to JOE’s weekly TechXplanation, where we take the most about talked about pieces of tech and, y'know, give you the knowledge.

This week we’re taking a look at one of the most popular apps on the planet right now - Yik Yak.

It's a social media app that allows people to anonymously create and view Yaks (posts) within a 10 mile radius of their location.

People can then 'vote up' or 'vote down' your Yak and if it gets enough up votes, you'll appear on the 'Hot' list.

Here's what 'Hot' in Dublin today. 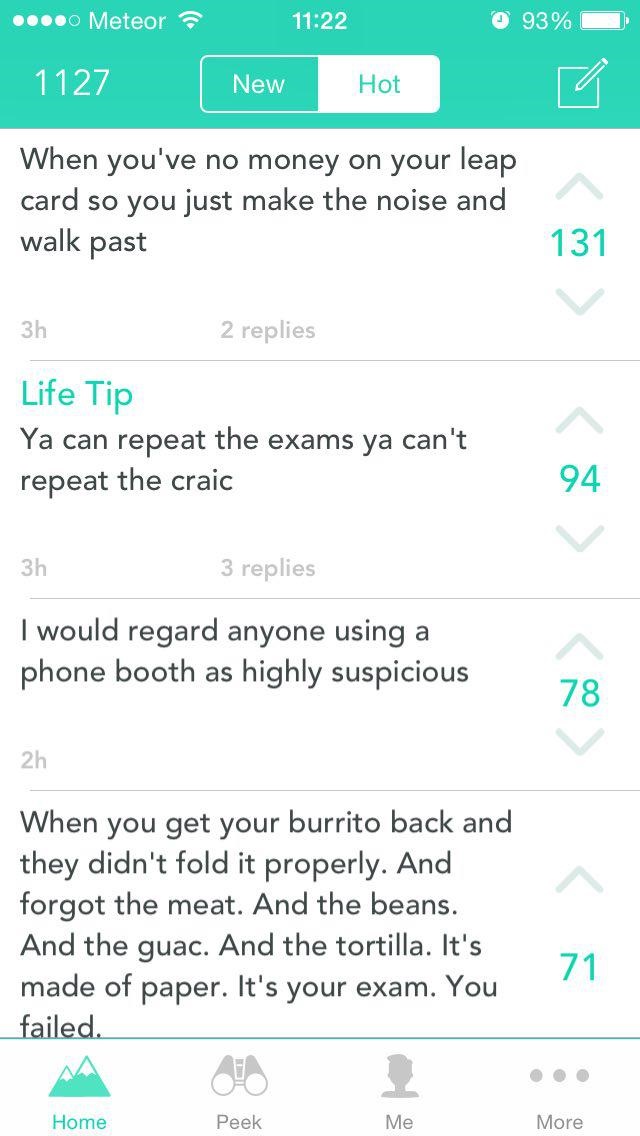 The majority of the Yaks are funny observations and and it seems particularly popular with Trinity students who love Yaking about the library and DIT students.

You can only vote on Yaks in your area but there is a'Peek' option that allows you to check out what's being posted in other parts of the world. 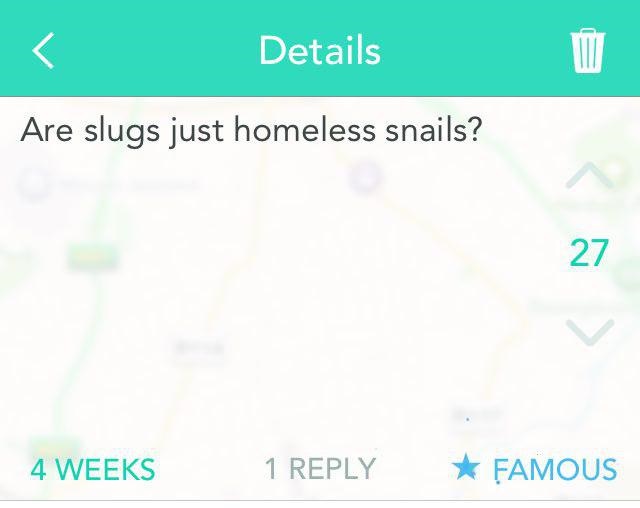 We always check the App Store and Google Play on Mondays to see what's new in the app world.

Yik Yak is currently number two in the App Store free chart ahead of Snapchat, Instagram and Facebook so its popularity is very much on the rise.

There has been some controversy surrounding the app in the US where a number of colleges have banned it because of cyber-bullying complaints.

However, we've been using it here in Ireland for a few months and luckily we haven't seen any negative comments on there.

It's so much fun. It's a stream of observations made by young people in your area that you are more than likely going to find funny.

Irish people have a great sense of humour, you'll find some of the best of it on the app.

Yik Yak has one main rival at the moment and it's called Whisper.

Users post messages which are displayed as text superimposed over an photo, similar to greeting cards. We haven't used it yet.


popular
QUIZ: Can you guess the pixellated movie posters?
Shallow spectacle between Varadkar and Martin leaves the audience wanting less
QUIZ: Can you name all these European countries just from their vowels?
QUIZ: Week 16 of JOE's 19 in 90 quickfire quiz is here
Dublin pub to host a 'doggy date night' where you can bring your dog to dinner
"Totally unacceptable." Final year students at WIT hit out after extra module added to final semester
Here are Ireland’s favourite takeaways, as per the National Takeaway Awards
You may also like
3 weeks ago
WhatsApp will stop working on certain phones from New Year's Day
1 month ago
REVIEW: The Nokia 800 Tough and Nokia 2720 Flip, phones from a simpler time but with modern-day quirks
1 month ago
Warning issued to consumers over online retailer Click.ie
1 month ago
Irish mobile network GoMo to end €9.99 per month for life offer in January
1 month ago
REVIEW: Huawei FreeBuds 3 - The Android answer to AirPods
1 month ago
QUIZ: How much of a smartphone expert are you?
Next Page